Two Michiganders are using micro-distilling to pay homage to a fish long gone from their state while turning their hobby into a full-fledged business. 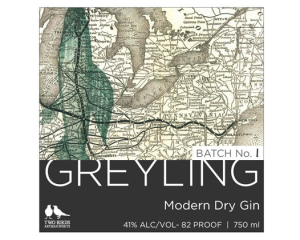 Greyling Modern Dry Gin features a map on its bottle with the grayling fish superimposed over the top of it.

Along with its Michigan flavor, the gin, recently awarded a Gold Medal at the 2013 San Francisco World Spirits Competition, features a unique name.

It is named after the Arctic grayling populations that once lived in Michigan; they are now gone from its waters, according to the U.S. fish and Wildlife Service.

The grayling makes a return to Michigan by being on the bottle’s label. Appearing on shelves and bar tops, the fish is once again getting recognized by gin connoisseurs.

“While doing a bit of research I happened upon the print that lead to the name of our gin and ultimately became part of our label design,” said Jonjevic. “I found the story of the Arctic grayling compelling and liked that the fish itself was silvery, iridescent, and beautiful, much like a fine gin.”

Another connection: The grayling population died off in Michigan about the time small scale distilling died off due to prohibition. 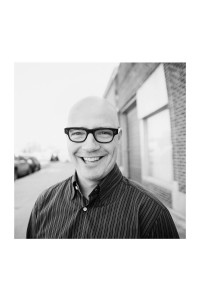 While naming their gin for the fish, they opted for the unconventional spelling of grayling. One reason was to avoid the association with the town of Grayling in Michigan.

“There’s absolutely nothing wrong with Grayling, Mich., however neither our company nor our gin have a direct connection to that town,” Jonjevic said.

Another reason is that the duo felt that the Greyling spelling looks better on the label.

The gin’s bottle features a map with a grayling fish superimposed on the top of it.

It reads, “Michigan’s rivers once drew droves of anglers in pursuit of the Greyling; a small, noble, silver-scaled fish. Overfishing and pollution tragically destroyed the Greyling by the 1930’s. Reborn, the Greyling returns as this crisp, juniper-forward, hand-crafted gin made with Michigan spirits and botanicals.” 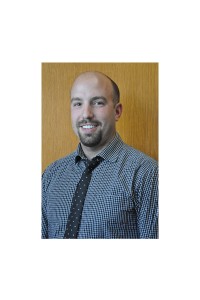 The map adds a historical visual to the gin’s Michigan-based flavor.

The micro-distilling company caters to those with a taste for regional flavor.The gin is well balanced, slightly sweet, and with a floral nose, Jonjevic said.

Gin enthusiasts are finding Greyling to be a good mix for most cocktails like Gin and Tonic, according to Aaron Knoll, who wrote about it in his the Gin is in blog.

“Very nice, with complexity in terms of multi-faceted tasting, but not with the botanicals competing,” Knoll writes. “Quite nicely balanced in my opinion…for a gin made of Michigan spirits and Michigan botanicals, the Greyling is an appropriate reference to the place where this gin comes from.”

The creators use as many ingredients from Michigan as possible.

“The spirit is made from Michigan hard red winter wheat,” Jonjevic said. “Some of the botanicals come from elsewhere, though, like our citrus peels.”

Gins tend to fall into one of two categories: juniper forward or played down juniper. Juniper, a spice made from coniferous trees, has a taste that resembles where it comes from: pine needles.

It is always in gin, but changing other ingredients allows different flavors to appear.

“We made Greyling to bridge those two camps,” Jonjevic said, “With Greyling you get a gin that tastes of juniper, is complemented by citrus and balanced by Michigan-grown, culinary-grade lavender.”

Two Birds Artisan Spirits hopes to compete with Michigan’s well known micro-brewing of beer. The owners’ hope that micro-distilled products will take off where micro-brewing started, just gaining a name and fan base.

If the gin does well, Two Birds Artisan Spirits plan for a distillery in southwestern Michigan.