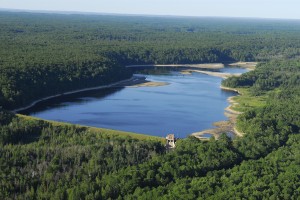 There are more than 2,600 dams in Michigan, many of which are not maintained and no longer serve a purpose.

Many are considered unsafe due to risk of collapse.  Unmaintained dams deteriorate, threatening homes and property or people who may be downstream, said Chris Freiburger, a supervisor with the fisheries division of the Michigan Department of Natural Resources.

“When we look at the number of dams we have and the age that we know of, it becomes a concern,” Freiburger said. “It’s a real infrastructure issue here that needs to be dealt with.”

The state recently targeted six dams to remove or repair. The money required for the work is from general fund dollars, which is tax money that the Michigan legislature allocates.

Dams usually generate hydroelectric power.  When they don’t, they don’t serve much use, Freiburger said.  If the owners of a dam aren’t making money, they aren’t spending money to maintain it.

“Public safety concerns were huge,” said Freiburger.  “A big driver of this thing was to deal with infrastructure and it became an economic issue as well.”

Eighteen dam owners applied for the funds, requesting a total of $5.8 million.  Only six projects were funded:

The Conservation Resource Alliance, a non-profit corporation working towards resource conservation in northwest Lower Michigan, is removing or repairing four dams on the Boardman River, said Chuck Lombardo, the communications manager for the project.

Other funding for the Boardman River projects came from private and public sources, as well as some funding from the dam owners, Lombardo said. The Boardman River Project, which is technically in phase II, is working to remove the Boardman Dam, the Sabin Dam and the repair the Union Street Dam. 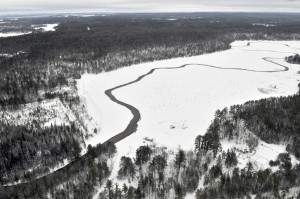 “The process is being handled in a way that as funding becomes available then the projects move forward,” Lombardo said.  “Phase one was more like decision making and plan work.”

When completed, the Boardman River Project will restore more than three miles of the river, and reconnect more than 160 miles of water habitat, Lombardo said.

The project is the largest dam removal project in the Great Lakes basin. It restores the river to a cold water stream that benefits trout.

“it’s quite a historic project and we have a lot of support,” Lombardo said.

Michigan’s dam management program began in 2007, with a study that found many of the state’s dams were past their life expectancy, decommissioned or was a safety issue. In 2011, Michigan Gov. Rick Snyder announced the program to remove aging dams.

“The only downside is there are a lot of projects we just couldn’t fund,” said Freiburger. “In my mind this makes a tremendous amount of sense.”

The Department of Natural Resources hopes to have funding in the future, but it is not sure if the funding will be there past this fiscal year, Freiburger said.

One thought on “Michigan pulls the plug on dams”