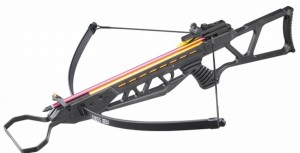 The number of Michgian deer hunters using crossbows has doubled since 2009, according to a survey by the Department of Natural Resources.

The survey indicated that while the overall number of hunters in the state have declined, the method of crossbow hunting is growing in popularity.

The rapid growth is attributed in part to the loosening regulations over the past three years.

According to the department, the legalization of crossbow hunting was meant to expand opportunities and better manage the deer herd.

The archery deer season takes part in two segments: Oct. 1 through Nov. 14 and Dec. 1 through Jan. 1.

According to state deer and elk program leader Brent Rudolph, the survey reflected that eliminating many restrictions both attracted new hunters and gave former hunters a new chance to get back into the sport.

“We’ve discovered that in 2011, 25 percent of the crossbow users hadn’t hunted in the archery season in previous years,” said Rudolph. “These hunters were newly recruited or drawn back to the sport of archery hunting.”

The nonprofit organization works with the DNR to advocate for archery regulations, and worked to establish the 77-day separate deer season for bowhunters and introduced the International Bowhunter Education Program.

Sullivan listed a number of advantages to using crossbows rather than guns or other forms of archery.

“They’re easier to use,” Sullivan said, explaining the surge in popularity. “And with a separate bowhunting season, there are more opportunities to hunt.”

“In terms of safety of the device, I don’t think there is a difference,” Sullivan said. “A crossbow operates in a similar way to a firearm.”

Most participants in the DNR survey said that their expectations regarding crossbow hunting were met or exceeded by their experience, and that they would use crossbows to hunt deer again in the future.