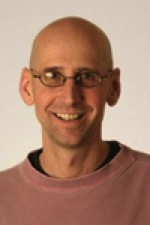 The lead singer for Minneapolis-based Hypoxic Punks is also a University of Minnesota professor who studies how music influences environmental attitudes.

The band is named after hypoxia, the oxygen-depleted water conditions responsible for large biological die offs in the Great Lakes and elsewhere.

“It’s (also) the idea that we’re a bunch of middle aged guys running out of oxygen,” said Mark Pedelty, who teaches in the school’s journalism and anthropology departments.

Pedelty fronts the band as a part of an anthropological study. The study’s goal is to answer a question that has fascinated him throughout his career: How does music contribute to the public’s beliefs and actions regarding the environment?

“The thing I’m most interested in is really music as environmental communication – how is it that music communicates environmental ideas, or doesn’t,” Pedelty said. “For example, if most music is about selling soda and celebrating in excess, that has an ecological function.”

Much of music may have ecological functions, even if fans don’t realize it, Pedelty said. Musicians, songs and musical events can affect the broader culture’s thoughts in what’s important about the environment.

Culture and human beliefs are not often studied by environmental scientists, though they may be among the most important variables in environmental degradation, he said. Music can give powerful, if sometimes mixed messages.

Live Earth, a 2007 benefit concert to educate and energize the public into environmental action, had a massive carbon footprint. The 220,000 miles flown by the musicians would require planting 100,000 trees to offset those emissions, according to an ABC News story at the time. 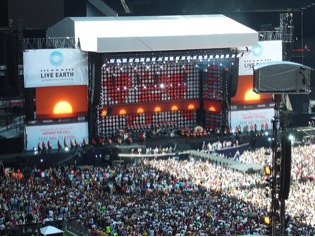 “The more I thought about that, the more I realized it was an odd watershed moment,” Pedelty said. “This moment that was supposed to be ‘Hey, we’re doing the same thing we’ve done for these great Live Aid and Band Aid and all these big global benefits and this is going to transform the way we think about global warming, etc. But really what it did to a certain extent was expose a conundrum that we all have, collectively and individually, as far as what to do about something that is so intractable, large and seemingly ephemeral but really important.”

Artists such as the Talking Heads’ David Byrne and Radiohead’s Thom Yorke have spotlighted environmentally responsible touring practices because of the message it sends to the music’s consumers.

Other artists explicitly incorporate environmental themes as a major part of their art.

Cloud Cult’s Craig Minowa bases much of his band’s music in ecological terms, Pedelty said. To engage the audience, Minowa’s artist wife, Connie, paints on stage while they perform. The paintings, often of an environmental orientation, are auctioned off to fans.

The striking thing about music, environmentally speaking, is that it engages audiences in a way other communications do not, Pedelty said.

In particular, it often connects an individual’s identity with a certain place.

Communities in the Pacific Northwest “actually think about the song ‘Roll on Columbia’ and have a sense of identification with the area and its natural attributes,” he said. The classic Woodie Guthrie tune speaks to the beauty and history of the Columbia River and contributes to the want to protect it. 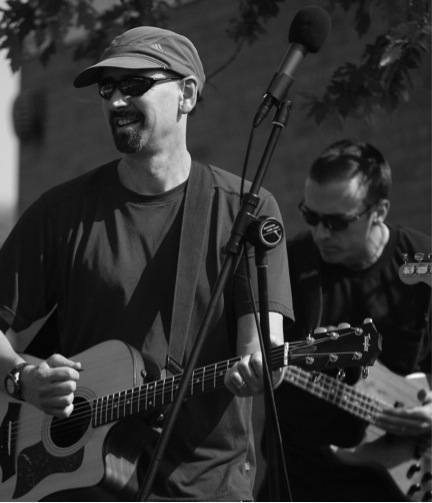 Music that connects individuals to local ideas and affiliations is easier to identify with, he said. And having people identify with the surrounding environment is key to motivating them to sustain it.

Pedelty has seen it in his own work.

“More than anything, I’ve found it’s good for…creating this sense of togetherness and community by playing music,” he said.

In 2012, he made a documentary about a community’s efforts to create rain gardens in the Powderhorn Park neighborhood of Minneapolis.

While the Hypoxic Punks played at benefits for that project, Pedelty noticed how important community is for sustainability, as well as how important music may be for community.

“It really seems to me that that’s the place where there’s untapped possibilities for music to connect people that are already interested in transforming their lawns or roofs, etc. to help assist with creating a cleaner, healthier environment. But there’s not much musical support for that,” he said.

Anthropologists have long noted the community-organizing power of ritual and music throughout human history and across different cultures.

“It might even be essential,” Pedelty said. “There’s something weird about the human behavior we call music that is very different from any other animal sound making…Paleobiologists have been looking at this too, the way in which there must be something about the way that music works and operates on so many parts, integrates so many parts of the brain that it must have an important social purpose.”

“We do seem to want to make it part of every kind of social event for it to be meaningful,” he added. “I think that almost makes it intrinsically environmentally important.”

Pedelty is speaking next month at the Frontiers in the Environment seminar at the university’s Institute on Environment. He will present research on how the natural environment of sound is altered by human activity.

Listen to Dead Zone, Energy FX, Girlfriend’s Dog and others on the Hypoxic Punks’ website here.

Editors note: This story is part of an occasional series of Echo profiles of researchers and scientists studying and using unusual techniques for communicating environmental issues. Suggest a profile to Echo reporter Matthew Hall at hallmat7@msu.edu.