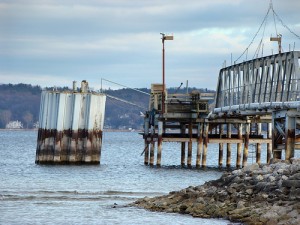 One plan to pay for the dredging of Great Lakes harbors is requiring state registration for kayaks and canoes. Photo: Michigan Sea Grant

The chair of the Waterways Commission, Gary Marowske, has a new plan to combat low water levels and dredge many inland and Great Lakes harbors — require state registrations for non-motorized watercraft.

“Currently, non-motorized boats like kayaks and canoes do not have to be registered, but in the words of Gov. Snyder, ‘You have to pay to play.’ So my goal is to start registering these watercraft to have more of an income for the commission,” Marowske of Grosse Pointe Farms said.

Marowske said he has no estimate of the number of non-motorized watercraft in the state.

Currently, the commission is funded through the approximately one million boats that are registered in the state and 2 percent of the gas tax.

The commission provides advice on policies and manages waterway programs such as refuge harbors and boat launch maintenance.

“One million boat registrations sounds like a lot, but when the commission has so many initiatives, the money depletes quickly,” Marowske said.

No registration legislation is pending, but Marowske said the process would start soon.

Ron Olson, chief of the Department of Natural Resources Parks and Recreation Division, says the seven-member commission has challenges in addition to funding.

“With the low water levels this year, dredging is an issue that needs to be 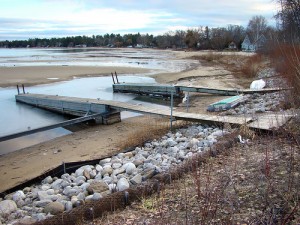 addressed,” Olson said. “The commission needs to continue to come up with some strategies on how to deal with the levels economically and recreationally.”

Dredging is an excavation technique that gathers up sediments and disposes of them at another location to make waterways navigable.

Ward Walstrom, a new member of the commission and co-owner of Walstrom Marine in Harbor Springs, Cheboygan and Bay Harbor, said dredging is his number-one priority.

“Assuming the waterways stay at their current low level, harbors will have to apply for grants and estimate the cost of dredging in the area. The commission will then review the application and see if we can budget the expense,” he said.

Denny Grinold of Lansing and Dennis Nickels of Grand Rapids were also appointed to the commission by Gov. Rick Snyder.

Marowske said, “All three of the new members have had some type of expertise in waterways whether they are an avid boater, a marine owner or whatever it be. They’re bringing a wealth of knowledge to the group.”