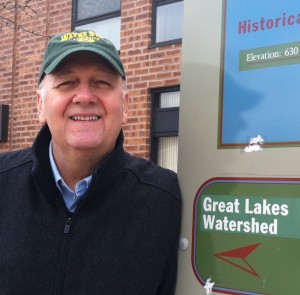 A press release announcing a lawsuit by a non-profit group in Michigan caught my attention a few weeks ago.

Michigan Land, Air and Water Defense is suing the state Department of Natural Resources over an auction of mineral rights that could allow hydrological fracturing – fracking – under certain state parks and recreation areas.

My initial reaction was, “OK, good for the anti-fracking group.” Then I thought I should check the facts before jumping to a conclusion. Not all suits are appropriate or necessary.

Beyond that, I started to think about environmental lawsuits in general.

Are they still viable as a strategy to protect the environment? Or are they old school thinking? Can’t we just collaborate our way to a better environmental quality of life?

That seems to be the preferred path of the current generation of leaders of the big environmental groups in the region.

Big questions, so I turned to experts  — attorneys in environmental law trenches.

“The goal should always be to avoid litigation, if possible” says Nick Schroeck, director of the Great Lakes Environmental Law Center at Wayne State University. Lawsuits should come into play when regulating agencies “totally miss a key issue… or ignore pertinent comments” during a permit process.

But “we need to watch the watchers” and often state and federal agencies are not held accountable for lax enforcement,” he said.  Schroeck cites the lack of public interest attorneys as the problem.

“Lawsuits are part of our heritage… and the last resort when cooperation fails,” Olson says. “Or when democracy makes a wrong turn… people can call on the courts.”

He also points out that legal action brings the critical ability to cross-examine. Significantly, Olson emphasizes that it’s important to “respect the value of conflict.”

If Olson’s name sounds familiar it’s because he is the attorney who fought and won significant victories over Nestle Water in Michigan over its water-bottling operation.

His firm represents Michigan Land, Air and Water in their mineral rights action against the Michigan DNR.

Both attorneys made the case for using legal action as the last resort. I support that position. No one should run willy-nilly to the

But I do sense a degree of legal passivity on the part of Great Lakes activists. They’ve essentially been on the sidelines in two of the biggest legal questions the Great Lakes have faced in recent years.

The corporate taking of groundwater where Olson and his micro-small client, Michigan Citizen’s for Water Conservation, got no help from big environmental groups in the Nestle battle according to the authors of Thirst: Fighting the Corporate Theft of Our Water.

One possible reason the authors cite is that the big groups may have been worried about alienating funding sources “who have avoided confronting questions of corporate power.” Too bad as the case  seemed tailor-made for environmental collaboration: Big international company taking Michigan groundwater. Grassroots group with bake sale resources fights back.

Activists have also sat out Michigan’s (and four other states) Asian carp legal fight against the Army Corps of Engineers and greater Chicago’s water district over Chicago’s waterways system. They don’t think there’s a likelihood that Michigan will prevail at the law, which may not be Michigan’s end game anyway.

Instead they’ve tried to work with the executive branch and Congress, but three years later they have nothing to show for their efforts. Michigan’s suit continues.

Back to Wayne State’s Schroeck. He says that state laws implementing the Great Lakes Compact are on the horizon as they “lack real conservation and efficiency measures.”

Ohio’s water conservation law could be a late night talk show laugh line, it’s that bad. But the other Great Lakes states also lag with Compact compliance. Given the current mindset in Ohio that water is a marketing tool for business, a legal path may be the only path to compliance.

There is no single road to success when it comes to implementing and enforcing environmental laws. Collaboration and negotiation play an important role, but when those tools don’t work legal action is the recourse. There should be no fear of using it. To do anything less is fighting only half the fight.

Remember, it’s important to have “respect for the value of conflict.”

17 thoughts on “The law and the Great Lakes: Respect for the value of conflict”