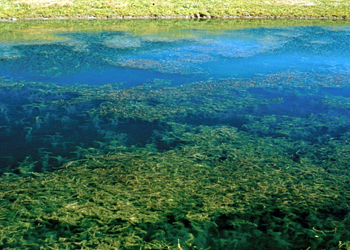 Researchers are going online to stop the spread of invasive species like the Eurasian watermilfoil.

Great Lakes researchers are gearing up to fight the spread of invasive species – on the Internet.

The idea is to build software to track the sellers of harmful foreign plants and animals and then inform them about the risks they cause to the environment.

The Great Lakes Commission received a $400,000 grant from EPA’s Great Lakes Restoration Initiative to develop the system to track the sale of non-native animal and plants that threaten ecosystems. The economic damage to the region from such organisms is up to $200 million a year, according to University of Notre Dame researchers.

Many invasive species enter the Great Lakes through the ballast water of ocean-going ships. Some are sold as bait or as aquarium specimens.

But another pathway is Internet sales through online pet stores, aquarium plant supply stores, fish stores or individual sellers, according to numerous studies.

“Its incredible how you buy invasive species on the Internet. You can buy them from anywhere,” said Reuben Keller, assistant professor at Loyola University.

In 2007, Keller and David Lodge, a biologist at the University of Notre Dame, determined that commercial vendors significantly contribute to the spread of aquatic invasive species into the Great Lakes.

They bought harmful species at nurseries, pet stores and fish markets in Chicago and the southeastern Great Lakes region. And they found them for sale on the Internet.

States prohibit the sale and purchase of these invasive species, but online purchases are unregulated, according to Keller.

Laws vary across the country.  “Unfortunately some species that are prohibited in one state might not be prohibited in another. You can’t control the sales,” Keller said.

Some of the Internet purchases came from states outside the region including Texas, Florida and California.

“They are beautiful and grow fast,” he said. “Many buyers obtain new plants for their aquariums, but once they grow bigger they let them into the nearby rivers or lakes.”

The researchers also discovered that many aquatic invasive species sold online and in stores are often misidentified. 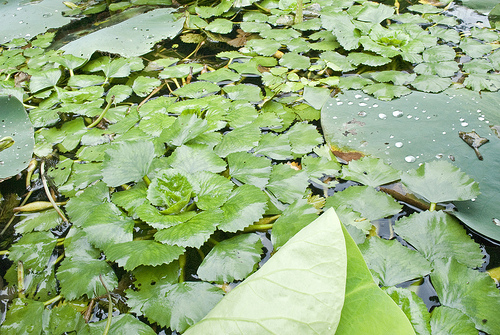 That makes both consumers and sellers unwitting participants in this illegal trade, Keller said.

A U.S Invasive Species Advisory Committee report anticipates a 13.5 percent increase in global Internet commerce by 2015. That indicates the potential increase in the online trade of live organisms, including invasive species, the report says.

The EPA grant allows the Great Lakes Commission to create software to search websites, Internet storefronts and chat rooms soliciting trade in the aquatic species prohibited in the Great Lakes.

“We will contact sellers identified through this project and provide them with information on relevant regulations and potential risks associated with the harmful organism that they sell,” said Erika Jensen, a senior specialist at the commission.

There are about 25 non-native species of fish listed, including round goby, sea lamprey, Eurasian ruffle and Asian carp.

In addition to sending automated messages to potential buyers and sellers, the software will archive data.  That will let the commission identify and track the sellers and types of invasive species most often sold online, Jensen said.

Similar software developed by North Carolina State University is used by the U.S. Department of Agriculture’s Animal and Plant Health Inspection Service. It searches for online sales of insects, weeds, mollusks, fruits and vegetables and for animals that can transmit life-threatening diseases to people.

“We hope to develop a system that will be available for long-term use in other agencies working to protect the Great Lakes,” Jensen said.

The project will be implemented over the next two years. It  will be made available to  other agencies or researchers working to prevent the spread of harmful organisms in the Great Lakes.