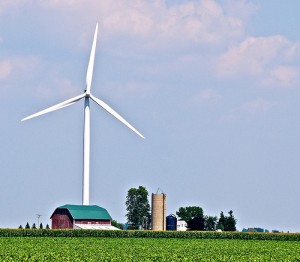 New York and Minnesota are among the top 10 most energy-efficient states in the nation, according to a national scorecard released Wednesday.

The American Council for an Energy-Efficient Economy also cited Michigan and Pennsylvania for significant improvements. Most Great Lakes states either retained or improved their ranking.

Every year the council ranks states by how robust and effective their programs are at promoting efficient energy use. It evaluates utilities and public benefits programs, transportation policy, building energy codes, combined heat and power policies, state government-led initiatives and appliance and equipment standards.

Minnesota, which dropped from number eight to number nine, remains in the top ten largely for having one of the most aggressive energy savings targets. The state aims to save 1.5 percent of energy retail sales each year.

Michigan, which the report claims had little in the way of energy efficiency programs until 2008, was cited as most improved after Oklahoma, Montana and South Carolina. It advanced from 17 to 12 largely through a law requiring all conventional electricity providers and rate-regulated natural gas providers to file energy optimization plans.

Pennsylvania improved its ranking by requiring the major electricity distributors to develop plans to cut consumption by 4.5 percent by May 2013. It is one of the largest new efficiency plans in the nation, the council said.

The Great Lakes states and their ranks:

Massachusetts remains in the number one position based largely on a 2008 law requiring utilities to save an increasing percentage of energy annually.