A popular beer company is working on top-secret technology to turn leftover beer grain into — something. 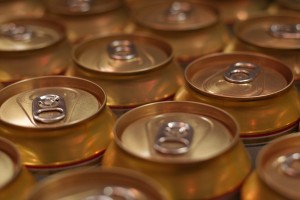 They just won’t say exactly what that is.

Anheuser-Busch, which has breweries in New York and Ohio, has joined forces with Blue Marble Biomaterials to turn leftover grain into chemicals that will create an array of consumer products.

Blue Marble Biomaterials is hesitant to reveal how the technology works until it is done experimenting.  The products that could result are as diverse as clothing, cosmetics, soap and biogas, an alternative energy source.

The company, based in Seattle, Wash., creates resources from materials most would consider waste to help companies become more efficient.

So why the secrecy?

If Blue Marble Biomaterials is successful, the brewing and consumer product industry could be changed forever in terms of production efficiency.

Right now, the beer industry uses 400 million tons of grain annually, according to Property and Environmental Research Center. Of those grains, 92 percent are wasted.

Typically, brewers give some spent grain to farmers to feed livestock. They pay to have the rest dumped into landfills.

By using the spent grain to make consumer products, brewers would not only reduce waste and save on dumping fees, they could create a new revenue stream. 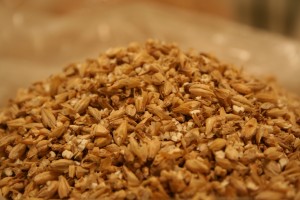 For instance in Frankenmuth, Mich. the Frankenmuth Brewery use a portion of its spent grain to make the bread bowls for its chili. And the Great Lakes Brewing Co. in Cleveland, Ohio is doing something similar with the bread served in its restaurant.

The push in recent years to find alternative uses for spent grain is attributed to changes in both manufacturers and consumers, said Colby Underwood, head of the Anheuser-Busch project and chief business officer at Blue Marble Biomaterials.

Consumers are increasingly interested about what they are putting into their bodies, said Underwood.  Recycling the grain into other foods and beverages could boost that awareness.

“I think that a lot of folks don’t know what chemicals truly are and what they are used for,” said Underwood. “About 98 percent of consumer products have some sort of a petroleum derived chemical in them – from the food we eat, to the beverages we drink, to the sweater we’re wearing.   There’s an increased demand to know what people are putting in their bodies and using on the day to day basis.”

Underwood believes people enjoy knowing where ingredients in consumer products come from — in this case spent grain provided by breweries.  That is something people want and value in a company, he said.

Brewers are also intrigued by turning a waste stream into another revenue stream.

“There’s this education process happening right now around the world and there’s suddenly this, ‘Oh my gosh, this product that I’m throwing away every day to the tune of 1,000 tons has value,” Underwood said. They ask, “Why am I throwing that product away when there’s actually value?”

All manufacturers need to become more efficient and breweries are a great place to start, he said.

“We all know that one day we are going to run out of oil,” said Underwood. “Whether that is tomorrow or 500 years from now, how do we today start utilizing some of these natural resources we may not be efficiently processing in our manufacturing plants? How do we derive more product and reduce waste from these facilities?”

The Great Lakes Brewing Co. has recently become more aware of wasted product and the impact beer production has on the environment.

The company is an environmentally and socially conscious brewer and is going to great lengths to reduce its carbon footprint, said Saul Kliorys, the brewer’s environmental programs manager. 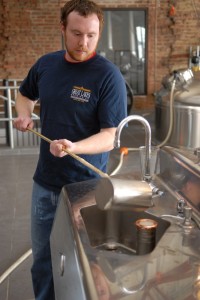 In addition to making bread from spent grain, the Great Lakes Brewing Co. is experimenting with alternative uses such as growing food.

“In the past we’ve demonstrated that you can grow mushrooms on it,” Kliorys said. “We’re working on research to show that it can be done and maybe even as a viable business.”

The brewery is also slowly investigating spent grain as an energy source and is “keeping an eye” on possibilities for the future. Spent grain has the potential to be broken down using polyculture fermentation technology, a process that creates biogas.

The company is working on a full sustainability report and boasts of a net negative waste bill, which means the company recycles more than the waste it produces.

Kliorys admits it has a long way to go in terms of energy efficiency.

“We’re focused on continuous improvement,” said Kliorys. “We know we don’t do everything right by any means. We use 95 percent nonrenewable energy so I think there is a long way to go and a long way to go in terms of efficiency, advocacy and local foods. There’s only more and more to do in the future.”