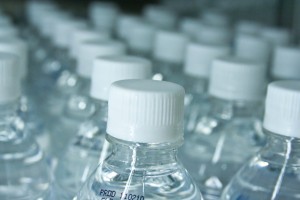 Some 20 North American universities and colleges have banned the sale of bottled water on campus in the last three years. At least five of those campuses are in Great Lakes region where the battle for water involves concern for the environment, cost and thoroughness of safety regulations.

But the International Bottled Water Association says activists are “flat out wrong.”

A significant item up for debate is whether tap water is more regulated than bottled water.

“This is simply untrue,” said Chris Hogan, the vice president of communications for the International Bottled Water Association.

The College of Saint Benedict in Minnesota, one of the schools to ban bottled water, and state agencies like the Michigan Department of Environmental Quality, say that tap water is more regulated than bottled water.

“There are more regulations that apply to community water supplies in terms of testing and monitoring than apply to bottled water,” said Bryce Feighner, chief of the Office of Environmental Assistance at the Michigan Department of Environmental Quality.

Hogan says the facts are being misinterpreted.

For this reason, tap water may be tested for a particular substance that bottled water is not, Hogan said. An example is chlorine. It can exist in tap water because it is used to maintain water quality in public water systems, however it is not used in bottled water because there is no way for chlorine to get into the bottle, according to Hogan.

Drinking water from the tap or a bottle is usually safe and regulatory requirements for both tap water and bottled water provide consumers with clean, safe drinking water, according to the Drinking Water Research Foundation in Virginia.

“As an industry we don’t see this as a bottled water versus tap water thing,” Hogan said. “Both are important.”

What alarms Hogan is that campuses are restricting a choice.

“Colleges have traditionally encouraged students to think independently, learn about an issue and all sides, to value people’s ability to make choices — what this is doing is the opposite of all those things,” Hogan said.

The International Bottled Water Association released this video in February in response to campuses banning bottled water. It highlights what Hogan describes as the irony of banning the healthiest beverage consumers can drink.

Great Lakes campuses that have banned the sale of bottled water include, Oberlin College in Ohio, University of Ottawa in Ontario, Upstate Medical University in New York, University of Wisconsin—Stevens Point and College of Saint Benedict in Minnesota, according to the schools’ websites.

Her school banned bottled water in 2011 because its research showed tap water was more closely regulated than bottled water, Purman said. This information pushed a lot of the student body to support the recent ban.

Other reasons included the cost of purchasing the bottled water and the amount of energy used to manufacture and transport the bottles.

But the biggest reason for the ban, according to Purman: Access to water is a human right.

“We should not be profiting from the sale of something that should be available to everyone,” Purman said. “In Minnesota, we have no shortage of water and the water we do have access to is clean, so by the mission of the institution it doesn’t make sense for us to be spending money or making a profit on something that we consider a human right.”

The College of Saint Benedict has approximately 2,000 students. It was easy to replace bottled water with 39 drinking fountains with nozzles designed for filling water bottles.

“People don’t really respond well when you tell them they can’t do something so our approach is more on the education side,” Battle said. “That way, long term, people understand that it’s more of the why. If you just tell people they can’t do something, that’s really not achieving what you want, which is a true understanding and critical thinking about what’s happening with this waste, whether it’s a water bottle or piece of paper.”

“The implicit message is, we want to restrict choice and we’re going to restrict one of the healthiest choices you can have,” Hogan said. “We’re not restricting sodas or fruit juices that are high in calories, we are restricting access to water and if you don’t have a reusable container with you at all times, you’re out of luck and that’s really a disturbing message.”

Bottled water sales are increasing across the U.S. and the International Bottled Water Association does not think the recent bans will harm business. Hogan said that he believes the problem lies in the perceived battle that is choosing between tap water and bottled water.

“You’re welcome to drink tap water all you want, I drink it,” Hogan said. “It’s not an if-or situation. As an industry, we believe in people being able to make choices about what they want to drink, including bottled water, tap water or anything else.”