A mild winter left Lake Erie nearly ice-free. On the first day of spring last week, a NASA satellite snapped a picture of the southern Great Lakes region and showed sediment clouding up the shallow lake. 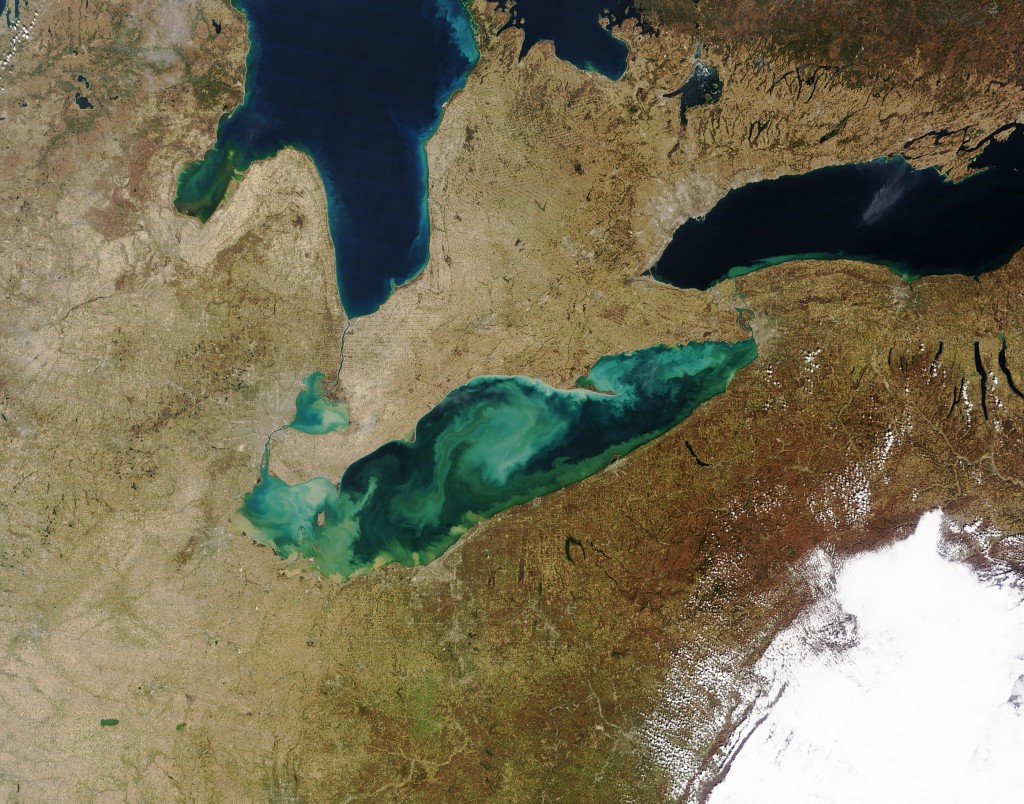 The colors in the image are accurate. The tan colored-water swirling around the shoreline is sediment rushing in from streams and rivers.

The warm winter brought more rainfall than snow, so there was increased runoff. Since Lake Erie is so shallow, its sediment is easily stirred up as well.

Even with ice, Lake Erie can sometimes get algal blooms, as Echo reported. But the warmer temperatures spur algae growth. The green patches in the picture are algae and other phytoplankton that have been blooming for weeks.