Wisconsin sandhill cranes have bounced back from near extinction and a lawmaker wants people to hunt them. 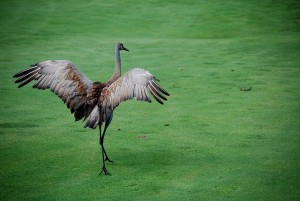 But a soon-to-be-published University of Wisconsin study found that the birds are a diverse bunch. Their genetic diversity strengthens their population and researchers worry hunting could eliminate it.

“We’ve found a lot of genetic distinctiveness in small, local populations,” said Mark Berres, an assistant professor of animal sciences at the university and leader of the study. “If you open up a hunting season, you could easily wipe out these populations and all of that genetic variation.”

Berres and his team found substantial genetic variation in both the Wisconsin birds and the greater eastern population, which is all of the sandhill cranes east of the Mississippi River.   Even groups as close as 60 miles to each other have varying genes.

Generally, the more genetic diversity, the better off you are as a species, Berres said.

“The climate is changing, and how these birds can adapt is dependent on their genes,” Berres said. “If there’s only a small amount of birds with genes that could adapt to climate change, than the greater population is at risk.”

“A lot of farmers have had tremendous crop damage from sandhill cranes,” Gefvert said. “They (cranes) either pull out the seeds, or the fresh shoots, and eat them.” 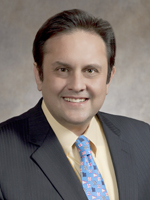 The federation doesn’t compile statistics on crop damage. But Wisconsin farmers can only be reimbursed if crop damage is from a species that can be hunted, so it’s hurting state agriculture, Gefvert said.

Wisconsin sandhill cranes consisted of about  25 breeding pairs in the 1930s. Today, there are about 20,000 of the birds.

Berres said that they definitely impact farmers’ fields, especially corn. But the 20,000 number is misleading.

“When you say there’s 20,000 in Wisconsin, it sounds like these birds are just everywhere,” Berres said. “But, historically speaking, that’s just a drop in the bucket.”

Researchers still don’t fully understand sandhill crane breeding patterns. The birds don’t reproduce as young or as often as other birds though.

Long-term research by the International Crane Foundation has shown a decline in their reproduction, said Jeb Barzen, director of field ecology with the foundation, which hasn’t taken a stance on the hunting bill.

But Barzen said hunting would not solve the crop damage problem. The foundation recommends farmers treat their corn with a plant-derived substance, Avipel, to discourage the birds.

The treatment doesn’t harm the birds. It upsets their guts when they eat it, so they eventually avoid the seeds.

And while some farmers use the treatment, others have already picked up their guns. Gefvert said about 73 permits were issued for farmers to shoot sandhill cranes in 2011.

Regardless of how the bill plays out politically, Berres hopes his research is considered before people start blasting them out of the sky.

“The genetic stuff I’m doing is filling in part of the picture,” Berres said. “Some people will say, ‘what’s a few hundred birds out of 20,000?’ Well, we really don’t know.”