The abrupt end of summer brings ice scraping, trudging through snow, and seasonal depression to the minds of many in the Great Lakes region.

But the sliver of time between our pristine summers and arduous winters brings football, pumpkins and, of course, the brilliant colors of changing leaves.  And to honor this annual autumn phenomenon, we here at Echo are letting the leafers hijack Photo Fridays! 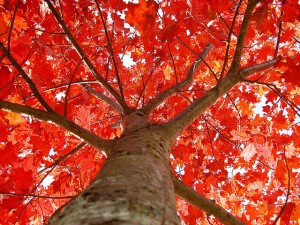 While the trees-are-a-changin’ throughout the Great Lakes region, we’d like you to snap a picture, or send one from a previous fall, and we’ll feature it on our weekly Photo Friday post.

We kicked things off last Friday with this stunning shot.

This year will be a doozy, according to the Minnesota Department of Natural Resources.  There’s been solid rainfall during the growing season for two consecutive years.  This combined with the recent run of sunny days and cool evenings will cause an “especially vivid display of color,” across Minnesota in coming weeks, according to the state officials.

The weather has been similar in nearby Great Lakes states.

Autumn colors come from three pigments in the leaves: chlorophyll, carotenoids, and anthocyanins.

Chlorophyll gives plants their green color throughout the growing season.  As nights grow longer in the autumn, chlorophyll production slows down, and the carotenoids and anthocyanins are able to show their true colors — an impressive palette of yellow, orange, browns, and reds. 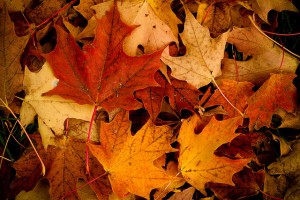 Colors are expected to peak in mid-September to early October.  But for those particularly fervent leafers, stay up to the minute with Minnesota’s fall colors through the DNR’s fall color webpage.

So go and check out those trees before they’re bare and we’re pale and complaining.  And while you’re at it, take a picture, send it to us, and bolster those leafer credentials.

One thought on “Best fall colors in 10 years – send us your photos!”