When it comes to regulating  septic systems, Michigan is a loner. 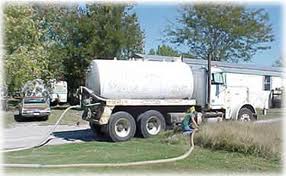 It lacks statewide regulations to oversee the permitting and operations for close to 1.5 million of the onsite systems to dispose of human and household waste.

Unlike the rest of the country, Michigan has separate codes for 39 local health departments.  Five other departments in the Upper Peninsula share a code, according to the Clean Water Fund, an anti-water pollution national organization.

Who needs a statewide code?

Some local officials want a statewide code. Others don’t think it’s as necessary as funds are needed to rehabilitate the increasingly failing systems.

“For that reason, most people don’t feel the urge to move towards a statewide code,” said Loudon, who is past president of the National Onsite Wastewater Recycling Association

The engineers, consultants, public health specialists and researchers created a report and recommendations, but a lack of political will stalled the process, said Rick Falardeau, manager of the agency’s Onsite Wastewater Unit.

“Several bills have been introduced since 2000 and several task forces formed to address the issue — nothing has materialized,” he said.

“Statewide codes will take local politics out of the picture”

“But many of these codes are outdated and deal only with the traditional systems,” he said.  “They are not updated to address technological changes in the last so many years.”

A statewide law would address such shortcomings, he said.  Local laws overlook problems.

“For instance, inspection and monitoring of systems in operation are mostly done on a complaint basis — not on a regular basis,” he said.

About 13 county health departments in Michigan require inspections of septic systems before a house is sold.  A few award grants and loans to homeowners to encourage regular inspections and repairs.

The state also lacks mechanism to review such technology.  And local laws also don’t address regular training and education of practitioners and homeowners.

“It would also be impossible to make timely and uniform response in the state in the case of a pollution emergency,” Stephens said.  “Without a common database and way to access information, even decision makers would be stuck.”

Many health departments feel handcuffed by local politics to suggest better management, Stephens said.  A statewide code would eliminate that.

But other leaders are opposed to state-mandated regulations.

The state needs to provide funds for regular inspection rather than meddle in local governance, he said.

“We have books and books of laws in this state,” said Bob Demyanovich, deputy drain commissioner for the Livingston County.  “We need corrective actions not punitive actions,”

Instead, a priority should be to stop water softener industries from using sodium and chloride for ground water treatment, he said.

The elements, which are flushed to septic tanks, corrode the system and harden the drainfield which doesn’t allow water to drain.

“Out of sight, out of mind”

Numerous systems stay buried without much notice — until they begin to fail, according to the report.

Wisconsin requires all septic systems be inspected every three years. Newly permitted systems include a management plan, according to the Wisconsin Department of Natural Resources.

In 2000, Wisconsin required all systems to be inventoried and that counties maintain inspection and pumping records. It encourages maintenance by sending reminders to system owners.

“The extent of involvement of the state in establishing a unified code has been very helpful in preserving Wisconsin’s ground and surface water,” he said.

The county has identified a lot of failing systems and prevented about 14 million gallons of untreated waste in streams and road ditches since starting the maintenance program, he said?.

Roach also said that through the code, there have been many outreach and education programs to septic system service providers. The statewide code can be modified by counties.

But Michigan is leery of new regulations from local governments especially if they are not backed by funding, Stephens said.

“If only onsite septic owners would pay a fee of $10 a month, we’d have $15 million each month to do a lot of things including system repairs and replacements,” he said.