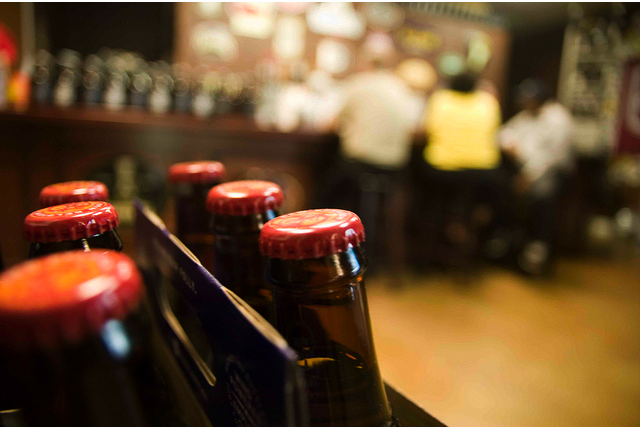 To make good beer, you need good, clean water – and a lot of it.

But finding ways to preserve the precious liquid is shaping a larger sustainability effort among Great Lakes craft breweries.

The Wisconsin Department of Natural Resources established the Green Tier program 10 years ago to streamline environmental regulation for responsible companies and encourage innovation.

“Breweries understand the necessity to minimize their environmental footprint,” he said.

More than 550 breweries operated in Great Lakes states in 2009, according to U.S. Alcohol and Tobacco Tax and Trade Bureau figures. Six were featured on a recent Brewers Association list of top breweries based on 2010 beer sales volume, including Great Lakes Brewing Co. in Ohio and New Glarus Brewing Co. and Stevens Point Brewing Co. in Wisconsin.

Despite a down economy, the industry grew 11 percent by volume and 12 percent by dollars in 2010, according to the nationwide Brewing Association.

Brewing the good stuff depends heavily on natural resources – especially water. It takes 7 to 12 gallons of water to make one gallon of beer.

It shouldn’t be a problem in a region that holds one fifth of the world’s fresh surface water, but federal water policy is pressuring heavy users. The Great Lakes Compact restricts large-scale water diversions from the basin and requires communities within the watershed to implement water conservation programs.

That means businesses that typically operate using a lot of water have to adopt conservation methods, Saunders said.

Craft breweries are typically lean operations because of their size and limited resources. That’s especially true with businesses that start up in established downtowns, where there’s not a lot of space, Saunders said.

“They have to be more creative with how they change the process,” she said.

Smart water use is one of the easiest ways to be sustainable, Saunders said. Brewers typically use a lot of water to brew and clean. Recycling water can help save water and money.

At Central Waters, batches are brewed with recaptured water and tanks cleaned with recycled water to increase efficiency, Mollica said.

The Great Lakes Water Conservation Conference – held in the past in Madison and Milwaukee, Wis. – offers workshops and publishes online presentations to help breweries save water. The next conference is in Chicago in October 2012.

“You get the monthly water and sewer bill and you can see the numbers changing when you adopt more sustainable practices,” said Saunders, who helps organize the conference. “Once you get started on the path, it just snowballs. There’s more and more you discover you can do.”

Mollica envisions installing another 1,000 square feet of solar panels at Central Waters. He said it was a great honor to be the first of 70 craft breweries in Wisconsin to join the Green Tier program.

“We did it because we believe in it.”

One thought on “Water-intensive Great Lakes breweries look to sustainability”