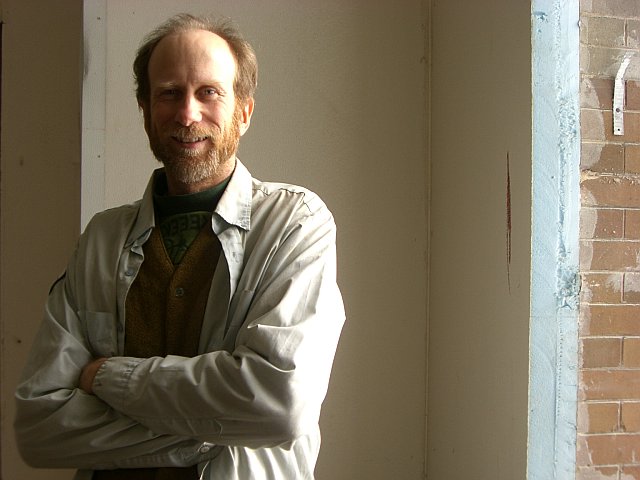 While most kids dream of becoming a star athlete or an astronaut, John Edel had a simpler, more unique vision–growing plants indoors.

During visits with his parents to Chicago’s Garfield Park Conservatory 35 years ago, Edel marveled at the exotic plants thriving in the crumbling, rusty structure. He filled sketch books with drawings of factory spaces housing plants.

Unlike most people who deviate from their lofty childhood goals, he is close to making his happen in a big way.

Edel, now 41, purchased a former meatpacking plant in Chicago’s historic Union Stockyards six months ago and plans to reinvent The Plant, as it is now named, as a mix of greenhouses and aquaponic vertical farms, small food businesses, breweries and light manufacturers. Space in the four-story, 93,500-square-foot former Peer Foods building will be rented to tenants who share his vision of sustainability, efficiency and community.

Edel’s own “different idea” is a combination of fish farming, usually tilapia due to their quick maturity and hydroponic gardens.  This aquaponic system cycles the waste from the fish tanks through a setup, where it is absorbed as nutrient-rich food for the plants. The plants filter the water so it can be returned to the fish tank. This relationship cuts water use and allows for year-round growing while removing the usual agricultural variables such as weather and pests.

The nascent nonprofit, Plant Chicago, of which Edel is the executive director, will occupy 30,000 square feet of the building. It will operate organic aquaponic farms for production, research and education.  Plant Chicago will install and operate the systems with the help of students from the Illinois Institute of Technology.

Joe Millham, an IIT student designing mechanical systems for the facility, admits that there will be challenges, but credits Edel’s unconventional approach and progressive thinking for making it work.

“It’s all feasible, a little crazy and out there, but feasible,” Millham says. “John has an interesting way of looking at things, and is very inclusive of others which has brought a lot of confidence to what we’re doing.”

The student team was assembled after Edel connected with Blake Davis, an adjunct professor at IIT who specializes in urban agriculture and was interested in working on a vertical farm. Currently, the students have four 275-gallon fish tanks and a hydroponic bed setup as a pilot for the larger plan.

Additionally, the for-profit company, 312 Aquaponics, will use aquaponic techniques to grow food, renting around 10,000 square feet.

This is not Edel’s first urban rescue effort.  His business incubation company, Bubbly Dynamics, LLC, was born out of the restoration of a 24,000-square-foot former paint warehouse in nearby Bridgeport. The six-year renovation, largely done with recycled waste materials, was completed in 2008. The building, dubbed the Chicago Sustainable Manufacturing Center, is home to Bubbly Dynamics and businesses as diverse as bicycle makers and screen printers.

Bubbly Dynamics will occupy 30,000 square feet of The Plant as a food business incubator, helping entrepreneurial food businesses with

support services and other resources.

The Plant’s rehabilitation will be modeled after the Chicago Sustainable Manufacturing Center. Purchased for $525,000 by Edel, The Plant’s overhaul is largely undertaken by friends and volunteers. Edel, a licensed general contractor, brings an old-fashioned approach to doing business. That makes it difficult to estimate final costs.

“I try to barter, do favors, anything I can to get stuff done,” he says. “It’s hard to predict costs when I never know what waste stream materials will be given to me.”

Bricks, steel, pipes and other materials torn out of The Plant are all kept with the hope of reuse. Former stainless steel smokers are even recycled into bathrooms. 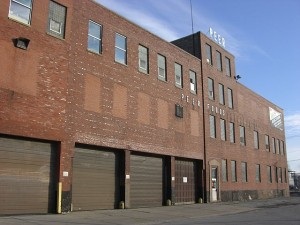 “Who else has a smokehouse for a bathroom?” Edel jokes.

Due to its former use, the building is already outfitted for food production.

Perhaps Edel’s most ambitious goal is to generate all power and heat with anaerobic digesters. They will be fed food and brewery waste collected on-site and from nearby businesses.  The digesters transform waste to biogas, and the gas is fed through a turbine-generator where electricity and heat are produced.

Stockyards a good fit for recycling

Edel looked at other buildings before purchasing the Peer Foods building, but given his affinity for recycling and rehabilitation, the Union Stockyards was a perfect fit.

Once the capital of America’s meatpacking industry–and subject of Upton Sinclair’s 1906 novel, The Jungle–the Stockyards officially closed in 1971 after plants and processors took turns leaving town, taking hundreds of meatpacking jobs with them.  Edel is eager to reach out to the working class neighborhood in which the 85-year-old Peer Foods building sits.  He has held two well-attended open houses to engage with local residents, restaurants and markets for potential partnerships.

“It makes a lot of sense both ecologically and economically,” Ward says.  “It will really keep transportation costs low and help out the local economy.”

The Plant will have low rent–$8 per square foot per year for food processing units. Edel estimates it can house 125 jobs. There will be 2,000 square feet set aside for a shared kitchen area where local food makers and processors can rent space by the day or by the hour. The shared kitchen is adjacent to a planned, shared office room where people can have a mailing address and a workspace without leasing space.

Edel–a lifelong Chicagoan–has worked as a broadcast set designer, video game art director and a chef on railroad cars. He has a tall, thin frame, scruffy face and laid-back style that does not exactly project the developer vibe. His soft-spoken, pragmatic explanations of his plans almost make you forget their ambitious nature.  But given his strong network of friends and volunteers, the USDA food-safety building design and city support, he is confident that within eight years he will be the city’s first vertical farmer.

“I am very excited about The Plant, especially after seeing what he’s done in Bridgeport, and having it all rented out,” Dowell says. “We’ve made an effort to help him with any government hurdles he faces as much as we can.”

There are two well-known vertical aquaponic farms operating nearby–Growing Power in Milwaukee and AquaRanch Industries in Flanagan, Ill. But neither are operating at the size and scale proposed by Edel.

It is difficult to see the meat-stenched, industrial interior of The Plant as a setting for greenhouses, elaborate indoor farming systems and progressive businesses. But then again, as a boy, Edel saw the beauty and wonder in the Garfield Park Conservatory, long before it had undergone its own rehabilitation.

And when it comes down to it, as Edel says, it’s as simple as “growing plants in buildings.”

Brian Bienkowski is a first-year masters student at Michigan State University’s Knight Center for Environmental Journalism. A version of this story first appeared in Mindful Metropolis.