On Dec. 17, a NASA satellite sailed over southern Lake Michigan after winds whipped up a tendril-like sediment plume. The satellite captured an image of the plume that caught the eye of the people behind the NASA Earth Observatory, an online repository of satellite images, photographs and other illustrations of both natural phenomena and human impacts on the planet. 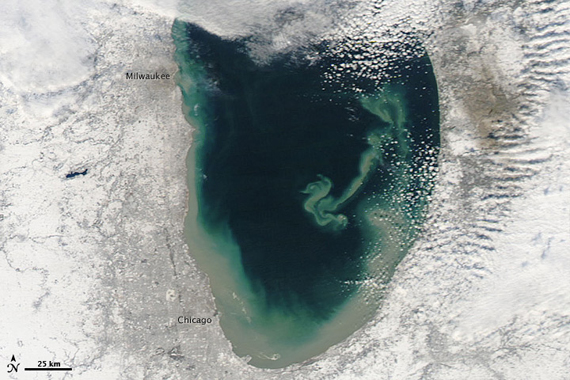 The plume results from winds blowing in from the north that set the water in southern Lake Michigan circulating in a counter-clockwise pattern called a gyre. The movement stirs up sediment from the lakebed, according to the Observatory.

An image captured seven days before the plume shows the lake during less-turbid times: 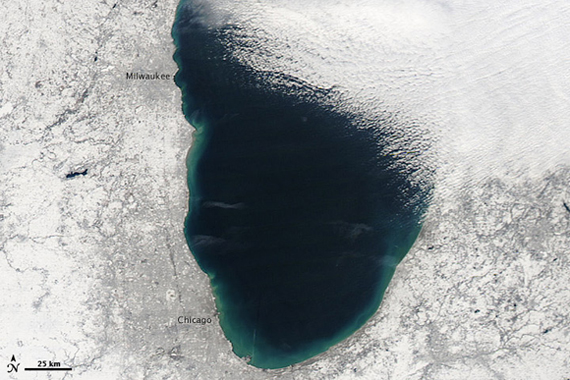