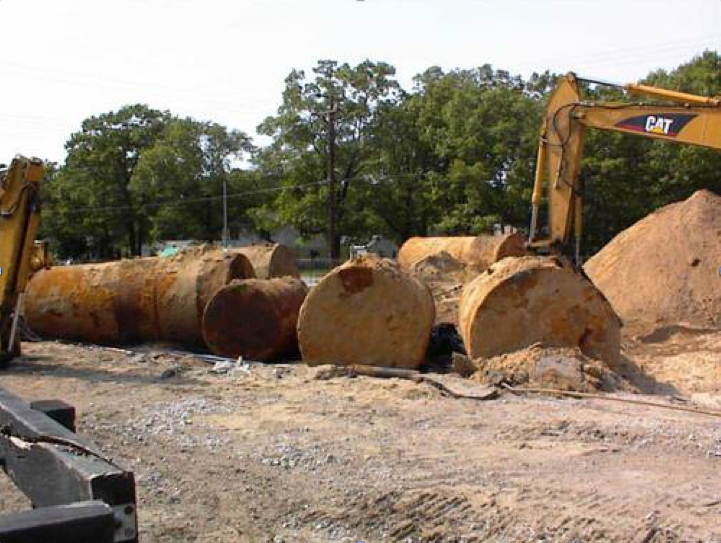 Michigan lawmakers voted this week to keep a fee on gasoline meant to fund pollution cleanups – mostly so they can continue to raid it to fill state budget gaps instead.

The seven-eighths cent tax on each gallon of gasoline amounts to an additional 14 cents for a 16-gallon fill up.

The state has collected the fee from gas station owners since 2004 to fund cleanups of leaks from underground tanks used to store gasoline and other hazardous substances. It would have expired at the end of the year if House lawmakers hadn’t voted Tuesday to extend it until the end of 2012.

The Senate unanimously passed the measure in September.

Environmental and petroleum industry groups disagree whether that was a good idea. But now that it’s been extended for another two years, both groups agree that the state’s leak cleanup program needs reform.

That’s because less than half of the $50 million generated by the fee each year actually goes toward leak cleanups. The Legislature has taken to diverting the money to pay bills for information technology and debt services on the state’s quality of life bond program, according to the House Fiscal Agency.

“They needed to get it done or they would have had another significant hole in their budget,” he said.

Leaky tanks are a big problem in Michigan, where more than 9,100 leaks still need cleaning up or looking after, according to state records. Only Florida and California have bigger backlogs.

The biggest threat from the leaks is the contamination of groundwater by benzene, a component of gasoline and a human carcinogen. Half of Michigan residents get their drinking water from groundwater, said Sharon Goble, a leaking underground storage tank specialist with the Michigan Department of Natural Resources and Environment.

Some severe leaks have forced the state to pay for municipal drinking water systems in communities whose household wells were contaminated, said Lori Ostanek-Maki, a state environmental quality analyst who has worked with leak cases in the Upper Peninsula for 20 years.

Tank owners are supposed to pay for leak cleanups, which average around $400,000, according to the state. But as many as 4,200 leaks are “orphan sites” where no liable or financially viable party can be found, Goble said.

In those cases the costs fall to the state’s leak cleanup program. Of the $55 million generated by the fee in 2009, only $20 million of that went directly to cleaning up leaks.

That’s why a group that represents Michigan and Ohio gas station owners is “not real happy” with the extension, said Ed Weglarz, the Associated Food & Petroleum Dealers’ executive vice president of petroleum.

“The average station is paying about $1,000 a month into that fund and quite honestly not getting a whole lot of benefit out of it,” Weglarz said. “If that fund can’t be used to help us out a little bit, then we don’t think we should continue to pay it.”

The diversions might explain why the measure only passed the House with a 55-47 party-line vote with Democrats in support, said Clift of the environmental council.

“Given the widespread nature of the problem and the threat to drinking water, I would have hoped for more bipartisan support,” he said. “I think some legislators voted no because they didn’t like the fact that the money was being used for a variety of different things.”

Both Clift and Weglarz see the next two years as an opportunity to reform the program to focus on leak cleanups.

“While we can live with a two-year extension of the underground storage tank fee, we feel that the money should be used for the purpose that it was intended,” Weglarz said. “We will continue to try to encourage our lawmakers to live up to that responsibility.”