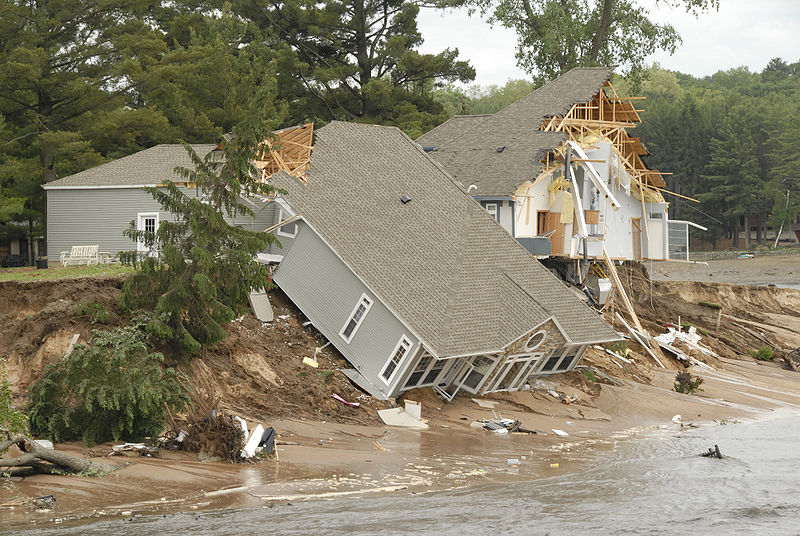 Nichols, a senior fellow with the free-market think tank Wisconsin Policy Research Institute, took exception in a recent column to the term “climate chaos,” which has gotten a lot of media play as floods drown Pakistan and a heat wave bakes Russia.

In a recent article in the New York Times, reporter Justin Gillis describes the connection between chaotic weather and greenhouse gasses:

“Theory suggests that a world warming up because of those gases will feature heavier rainstorms in summer, bigger snowstorms in winter, more intense droughts in at least some places and more record-breaking heat waves. Scientists and government reports say the statistical evidence shows that much of this is starting to happen.”

Gillis ties climate chaos to floods in New England, Nashville, Pakistan, and heat waves in Russia and the eastern U.S.

In a Milwaukee Journal Sentinel op-ed, journalist Barbara Miner brings the issue closer to home, couching a series of July thunder storms – which did a number on southern Wisconsin – in terms of increasing extreme weather:

“As recent history has shown, the Midwest is not immune to the potential effects of climate chaos. The recent Milwaukee storm broke records – and this only two years after we watched in horror as homes tumbled into the Wisconsin River and Lake Delton disappeared. Scientists note that, with increasing likelihood, we will see more of these types of storms in the future if climate change continues unabated.”

Nichols called out Miner in a column that ran in the Journal Sentinel a week later.

Though Nichols never denies climate change outright, he does drop some old-fashioned skepticism by turning to Wisconsin State Rep. Jim Ott, “who used to be a weather guy on TV before becoming a state representative.”

“Ott acknowledges that there are respected scientists who believe in man-made climate change. He also says he himself has not seen enough evidence to be persuaded.”

That’s fair. It’s easy not to see enough evidence if you don’t look.

And those respected scientists Ott acknowledged are 97 percent of the climate researchers most actively publishing in the field who support the tenets of human-caused climate change outlined by the Intergovernmental Panel on Climate Change. Nichols continues:

“I, personally, don’t take a position – except to say that linking any one summer’s weather, let alone one day’s flood, to some sort of climate chaos and a need for carbon emission reduction is like using an increase in the cost of a soda at the local hot dog vendor’s stand to argue that the Federal Reserve should alter monetary policy to keep inflation in check.”

Nichols’ non-position position is scientifically sound. When I interviewed John Magnuson, who co-chairs the science council of the Wisconsin Initiative on Climate Change Impacts, he told me the same thing.

“No climate scientist would say that that extreme event that occurred in this particular town on this particular day was caused by climate change,” Magnuson said. “What they will say is that those kind of events will become more common.”

Which is all Barbara Miner did. So what’s Nichols’ problem? Not once did she blame climate change for flooding her basement, the kind of claim that spurred Nichols’ hot-dog logic. Miner called the Wisconsin storms a “potential effect of climate chaos” that climate experts say could occur more often.

Nichols uses his own misinterpretation of valid concerns about the broader effects of climate change in order to prop up folksy quotes about how we just don’t know enough about climate change to bother with renewable energy.

But other than that, I don’t take a position on his column.