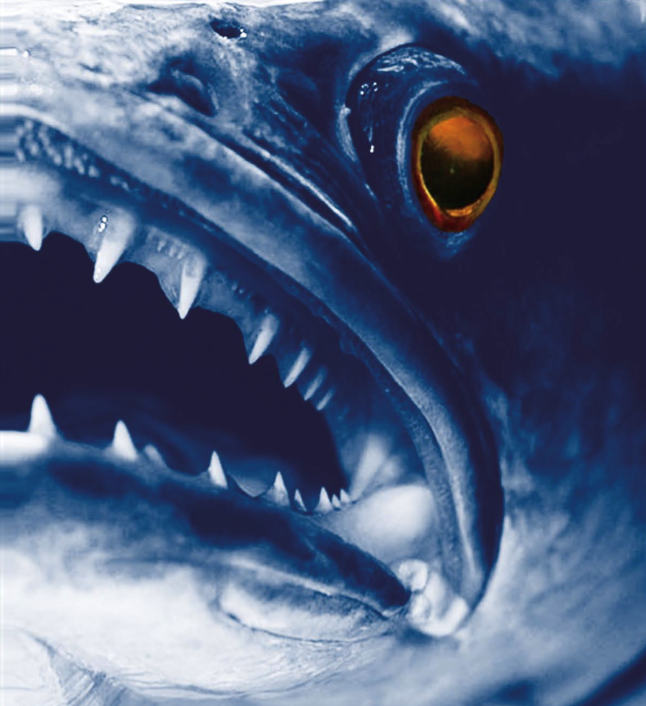 Something tells me that the International Joint Commission didn't need to skew the colors on this northern snakehead to make it look scary.

Fears that evil-looking invasive fish – one high on the Great Lakes least-wanted list – had landed in a canal between lakes Erie and Ontario appear to be unfounded.

The would-be northern snakehead that Canadian angler Amy Merry thought she pulled out of the Welland Canal turned out to be a bowfin, according to the National Post. Bowfin are ugly, but native to the Great Lakes.

Check out CTV’s report on the catch, complete with video clips of real snakeheads and a reporter’s dream of an opening line that must have written itself:

“It sounds like a fish tale, but here’s a creature that will grab you by the gills: A fish that swallows small mammals whole, eats off human body parts and can even survive on land.”

Northern snakeheads are native to China and have popped up in Maryland, Arkansas, Florida and New York.  The International Joint Commission, a U.S.-Canadian boundary water government advisory group, named the fish “a species of great concern” in a 2009 report along with Asian carp, the aquatic plant hydrilla (see past Echo story) and the killer shrimp.

Merry isn’t the first to mistake a native species for a snakehead. The Michigan Department of Natural Resources and Environment lists the bowfin as one of several species that have been falsely accused of swimming-while-invasive. Profiling is an interspecies issue, and it hurts us all.

Conservation agencies say that if you do catch a snakehead, don’t put it back in the water. According to the CTV story, Merry went one step farther:

Until officials confirm exactly what Merry caught, she’s already certain of one thing: it tasted great.

“It didn’t have a fishy taste to it, it wasn’t flaky like normal fish, it was white meat but very tasteful,” she said.

I admire her courage. We’ve got to eat them, before they eat us.

One thought on “False alarm: Horrific, devil of a fish not yet in Great Lakes”