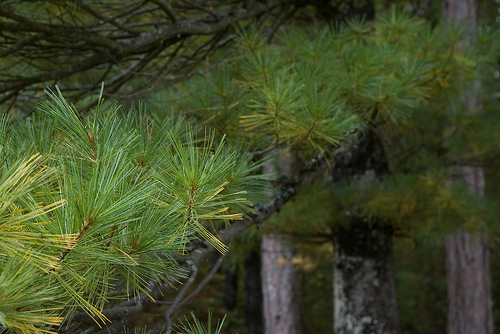 Some personalized license plates are too crude for Michigan roads. That’s why the state department weeds out inappropriate requests.

But what if a plate that appears to be suggestive honors Michigan’s natural resources?

Marvin Roberson, a forest ecologist with the Sierra Club, recently doled out $55 for a personalized plate in hopes of honoring the official state tree – the white pine.

State officials rejected his application apparently because they thought the word was too similar to penis.

Each application is reviewed carefully, she says.

“Its not that it’s anything offensive,” he says

The phrase “Pinus Strobus” appears on the state website dozens of times, Roberson says. And most people know that “Pinus” – pronounced PIE-NUS – means pine, he says. If they don’t, there’s no reason why they should be offended by their own misunderstanding.

“I don’t know what half of personalized license plates mean either,” he says.

The state has received few objections from people whose proposals were refused, Chesney says. About 3 percent of registered Michigan drivers have personalized plates.

“We encourage people to experiment with plate configurations. If a plate is rejected, we want them to have another plate that they turn to,” she says.

The state developed an online resource called “Plate It Your Way”to help drivers design personalized plates. But crude words are not available on the system. The latin word “Pinus” is now on that list.

Roberson says he’s entertaining new ideas for personalized plates – perhaps one that says “wood.” He also might seek a refund. But he’s still peeved that Michigan won’t let him honor its own state tree.

“I thought that was a good way to celebrate Michigan’s forest heritage,” he says.

What do you think?

Is “Pinus” too inappropriate for public viewing? Or was the forest ecologist cheated out of a personalized plate?