In July 2008, Iran launched a provocative test of a few missiles and released an photograph of the occasion. It didn’t take long for folks to figure out that the image had been digitally altered to include more missiles than had actually launched.

What’s even more nefarious is that some sleuthing by Echo’s Flickr friend outside perspectives shows that Iran wasn’t really launching missiles at all. 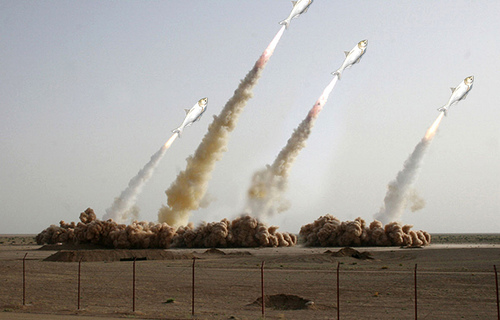 You can shut down all the locks you want, but that won’t stop a rogue state’s rocket-propelled plantation of Asian carp (click for all the carp news we could find). Echo is still looking for more carp bomb (literal or otherwise) submissions from readers. Read all about it here.