A dark cloud with a big mouth is forming over the Great Lakes, and we need your help to blow it away.

The voracious and invasive Asian carp is on its way into the Great Lakes, pitting governments, environmental groups, shippers, boaters and anglers against each other over what ought to be done to stop it.

Regional and national media have latched on to the story like a lamprey on a lake trout, and a week rarely goes by without an editorial admonishing the Army Corps of Engineers or Chicago and Washington politicians for sitting on their hands. The Toledo Blade’s Tom Henry, in his assessment of the situation, even invokes the Christmas underpants bomber.

Environmental issues are prone to doom-and-gloom trappings. If we don’t solve the problem, we will deprive our grandchildren of the diverse ecological paradises through which we’ve frolicked and taken for granted; If we do solve the problem, all of our jobs will head to China while Al Gore builds another gas-powered bowling alley for his mansion.

In an attempt to inject some levity into a potential environmental catastrophe, Echo presents: the carp bomb. 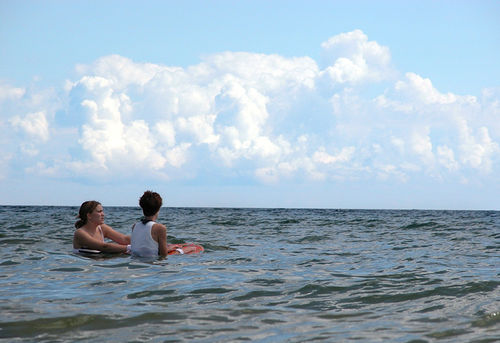 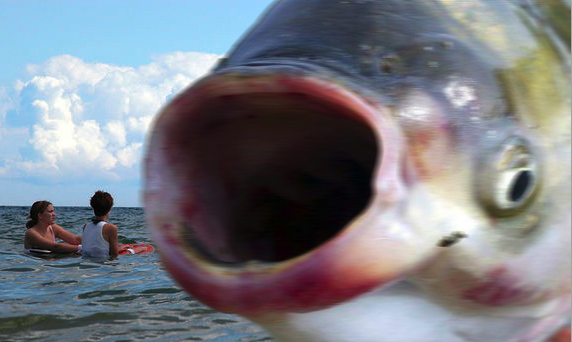 Photobombs are a recent phenomenon of the wild world of the Internet. They happen when something or somebody sneaks into a photograph, both ruining it making it hilarious. One famous example is the squirrel who dropped in on a couple exploring Canada’s Lake Minnewanka.

To help us adjust to the coming carp, we’re Photoshopping shots of our new high-flying, gaping-mawed overlords into unsuspecting Great Lakes scenes. And we want your help.

There are a few ways you can get in on the action:

If you don’t have your own image to drop a carp on, use flickr or Google‘s advanced image search to find public domain or Creative Commons images. Once you have an image, you can use our collection of pre-cut carp:

Click on one for the big version, then right-click to save.

To give you an idea of what we’re looking for, here’s what we have so far. Click for the original photos. 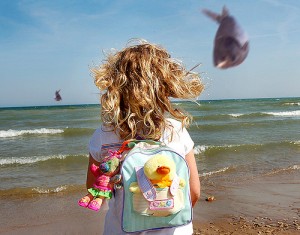 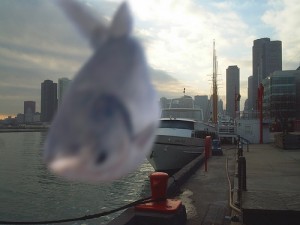 Those are pretty tame. You can also explore a science fiction dystopian angle. 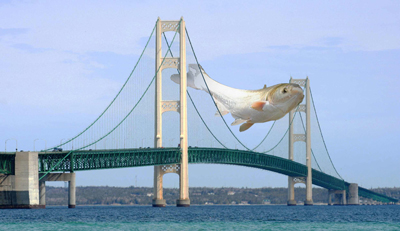 By the time the carp make it to the Straits of Mackinaw, they'll probably be pretty big.

Once your carp-bombed masterpieces start rolling in, we’ll feature them here on Echo’s Catch of the Day.

16 thoughts on “Photoshop your Asian carp blues away”