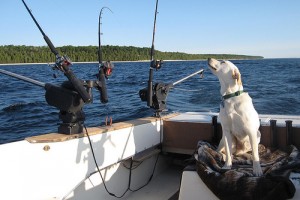 The U.S. Great Lakes recreational fishery has a $7-billion economic impact in the region. Photo: Eddie Verhamme via Flickr

There are a lot of conflicting reports bandied about in the midst of a big story.

One thing seems clear: something is fishy, and it’s worth $7 billion.

That number comes from a report compiled by a natural resources accounting firm for the American Sportfishing Association, and is the “latest in a series of respected economic analyses by ASA about sportfishing,” Marc Gaden, the Great Lakes Fishery Commission’s communications director and legislative liaison, explained in an email.

The $7 billion figure includes money spent directly on fishing licenses and gear as well as an estimation of the wider economic impact of Great Lakes anglers who pay to eat at restaurants and sleep in hotels, he said.

What it doesn’t include is the the economic impact of Great Lakes sportfishing in Canada or commercial fishing in either country, said Robert Southwick, president of Southwick Associates, the firm that compiled the report for the American Sportfishing Association.

The impact in Canada isn’t included because the report is based on the U.S.-only National Survey of Fishing, Hunting, and Wildlife-Associated Recreation, conducted every five years by the U.S. Fish and Wildlife Service. The survey asks hunters, anglers and birdwatchers how much they participate in outdoor activities and how much they spend doing it.

A similar survey conducted by Fisheries and Oceans Canada found sportfishing on the Canadian side of the Great Lakes generated $443 million (that’s Canadian dollars) in 2005 — $228 million on boats, real estate and other “durable goods,” and another $215 million on food, lodging, charters and supplies. 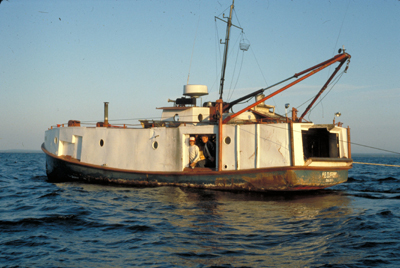 So the economic impact of the entire Great Lakes fishery is worth at least $7 billion. But there’s reason to believe that even if the Asian carp were to colonize all of the Great Lakes and wipe out every fishable species, all that money wouldn’t disappear.

Former Great Lakes anglers wouldn’t start throwing their fishing budget straight in the garbage can, said Dan Talhelm, a natural resources economist who once sat on the Great Lakes Fishery Commission’s board of technical experts.

“They would spend it on something else,” he said. “So there would actually be a transfer someplace else in the economy that might end up being a fairly similar number.”

For example, they might start birdwatching or use the money to improve their houses.

“The economy will eventually readjust,” he said. “We’ll have more carpenters and more people selling things to birdwatchers.”

Southwick agrees that other parts of the economy would grow, but doubts that would completely make up for the loss of the fishery. That would only work if former anglers spent as much on their back-up hobby and continued to spend within the Great Lakes region.

Talhelm was one the first natural resource economists to put a dollar amount on the Great Lakes fishery with two reports in 1979 and 1985 that were compiled for the Great Lakes Fishery Commission.

In his 1985 report, he tagged the economic impact of the U.S. commercial and recreational Great Lakes fisheries at$2.3 billion to $4.3 billion. Adjusted for inflation, that’s around $4.6 billion to $8.5 billion.

Though Southwick’s $7 billion falls within that range, he says that the $8.5 billion end of Talhelm’s estimate is likely too high now because it’s based on the number of people that were fishing in 1985.

“Fishing participation has gone down in the Great Lakes in the last 20 years,” he said.

Talhem’s calculation also includes a number beyond the actual money spent by anglers to fish — a number he calls the “value of the resource.” It puts a value on the fish that are in the water rather than totaling the money anglers spend trying to get them out.

On the Great Lakes and other U.S. waters, fish are a public resource. That’s not the case everywhere in the world.

“If you go salmon fishing in Scotland, for example, the landowners own the right to fish,” he said. “If you want to go fishing, you have to pay them a fee.”

Talhelm calculated that the value of the Great Lakes fishing resource was $1.4 billion in the U.S. and Canada in 1985, or $2.8 billion adjusted for inflation. It’s essentially the amount of money that Great Lakes anglers would pay on top of license fees for the right to fish if it weren’t already a public right.

“If you take a long-run view at it, I’m not as concerned about the economic activity as I am the value of the resource, because that’s a permanent loss,” Talhelm said.

“The economy will eventually readjust,” he said “What won’t be recovered is the fishing that we love to do.”

12 thoughts on “Asian carp and the Great Lakes fishery: How much is at risk?”