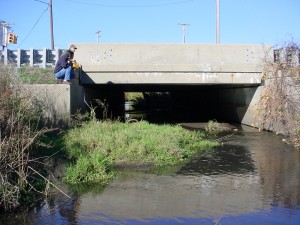 Rain washes contaminants from highways and other hard surfaces and into streams and lakes. Photo: Annis Water Resources Institute-GVSU

Little Black Creek in Muskegon, Mich., has a long history of abuse. The stream runs through an industrialized area with a former metal plating site, petroleum refinery and wastewater treatment plant.  Its sediment has some of the highest levels of cadmium found anywhere in the Great Lakes.  Erosion decimates fish habitat with sediment.

And one of the stream’s biggest threats rushes in every time it rains.

Nearly a third of the watershed is buried under concrete, asphalt and buildings.

Rain is shunted into storm drains that lead straight to the stream.  When it hits Little Black Creek, the stormwater pushes contaminated sediment downstream and delivers a fresh load of toxic water and snowmelt, said Al Steinman, the director of Grand Valley State University’s Annis Water Resources Institute in Muskegon.

Little Black Creek isn’t alone. Stormwater hammers streams and lakes across the country.  Communities are left to struggle with the result of too much pavement and too little oversight.

State and local governments have tried to restore Little Black Creek.  Michigan regulators set stormwater limits in 2003 to minimize erosion and sedimentation. Five years ago, the Muskegon Conservation District and Mona Lake Watershed Council planted a strip of native plants to absorb stormwater runoff from a park.  And area students discouraged residents from dumping waste in storm drains that lead to the beleaguered creek.

Many of Little Black Creek’s problems began before anyone knew better.  “Historically, when we developed areas we used gutters and storm drains as our way of channeling that stormwater,” said Steinman, who has studied the creek’s stormwater problem since 2007.  “We looked at the water as something that needed to be gotten rid of as quickly as possible, as efficiently as possible, and the engineers went about doing that.” 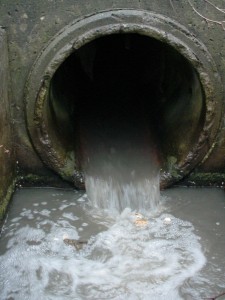 New regulations on the horizon

Planning can reduce stormwater problems, but until now enforcing those plans was left to states and municipalities.  Now the U.S. Environmental Protection Agency is tightening stormwater rules that have long been criticized by environmental groups and deemed ineffective by the National Research Council.

Under current permits, builders and developers must use best management practices to limit stormwater as much as practical.  Environmentalists criticize that vague language.

Instead, they want clear results.

“One of the big failings of the stormwater control aspect of the Clean Water Act is it’s been much more focused on effort than it has been on result,” said David Beckman, co-director of the National Resource Defense Council’s national water program.

By 2012, the agency hopes to define what is expected of developers — possibly by setting limits for stormwater volume or concentrations of contaminants.

The EPA hopes the new rules include guidelines for creating and using rain gardens, rain barrels, green roofs, greens streets and porous pavements, said Connie Bosma, the municipal branch chief in the EPA’s water permits division.  “Whatever we can do to make sure it infiltrates on site instead of flow across the land and pick up the pollutants,” she said.  “Those are the kinds of approaches we would like to encourage.”

In a natural system, rainwater doesn’t get very far.  It soaks into the soil and is taken up by plants.  That quick action prevents the water from transporting contaminants and eroding waterways.

But the concrete and asphalt of the urban jungle is anything but natural, and the nation’s waterways pay the price.  Instead of soaking into the ground, rain runs across non-porous surfaces and picks up contaminants.  When it reaches a stream or lake, the runoff can be chock full of metals, oil, grease, bacteria and other contaminants.

It hits a stream fast and hard,  scouring sediment, dislodging insects and other organisms from the bottom and eroding banks — effectively demolishing the natural habitat.

That combination of contaminants and flow impairs 13 percent of the rivers, 18 percent of the lakes and 32 percent of the estuaries assessed by the EPA. And it contributes to the degradation of many more waterways the agency doesn’t check.

“It’s a huge topic,” said Roger Bannerman, an environmental specialist with the Wisconsin Department of Natural Resources.  Bannerman worked on the National Research Council’s 2008 stormwater report that spurred the EPA’s interest in new stormwater rules.  “We see that in the bottom sediments, we see it in the water quality itself, we see it in the kinds of chemicals we find in the fish,” he said.  “When you put an impervious surface down it becomes a really good delivery system.”

Nationwide, stormwater is a leading source of water pollution.

“You have marine impacts, ecosystem impacts, and public health impacts,” said Beckman of the NRDC.  “It’s really a multiplicity of problems … pollutants in urban settings are many and of a wide variety, and all of them, if you don’t treat and successfully reduce the pollution, are getting into the receiving water, be it a river or lake or the ocean.” 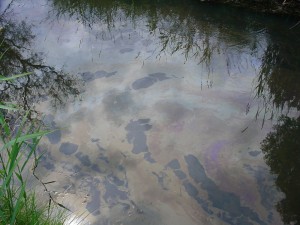 And in the Great Lakes region, it is bad news for human health.  Beaches have been closed to protect residents from stormwater-delivered germs.  Stormwater also impairs thousands of miles of Great Lakes rivers and streams and thousands of acres of lakes, according to the EPA.

The National Research Council’s 2008 report criticized EPA’s stormwater program and recommended the agency regulate flow and contaminants.  It also suggested stormwater be managed on a watershed basis rather than by individual municipalities.  The council reported that federal laws for addressing sewage and industrial wastes are unsuited “to the more difficult problem of stormwater discharges.”

It was a wakeup call EPA officials say they intend to heed.

“They felt we needed to do a lot more to strengthen the federal stormwater program and we agreed with this and we viewed this as an opportunity to do that,” Bosma said.  “We have not really provided a lot of regulatory direction to states, and so stormwater programs vary all over the country.”

Several states, such as Wisconsin, California and Florida have already set stormwater standards.  Others rely on the federal guidelines.  Wisconsin was among the early adopters of stormwater control, but it didn’t come smoothly.  “We got grief for it,” Bannerman said.  “Selling clean water is hard.”

The state is amending its stormwater rules, and Bannerman expects to see resistance, but also support.  “We have a beautiful state in Wisconsin. I think people are really interested in our lakes and streams.  We still got a lot of grief, but at least we’ve gotten some traction in coming up with solutions,” he said.

The EPA held hearings  in January to let developers, government officials and the public discuss and propose rules.  The agency will send questionnaires to developers, state governments and storm sewer operators in mid-2010 to discover how widespread green techniques already are and how the new rules affect developers. 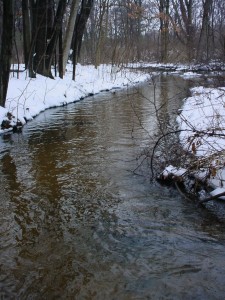 Meanwhile, developers are keeping a wary eye on the agency.

“We obviously don’t think this is a good time for any additional rule making on stormwater discharge,” said Ty Asfaw, an environmental policy analyst with the National Association of Home Builders.  Developers were hit with federal construction runoff regulations in December, and every new rule carries a hefty price tag for developers, especially those who face changes to meet new targets.

And Asfaw expects many builders to fall in that category.

“I don’t think (low impact development) is as common as the EPA thinks it is,” she said.

Keith Schroeder knows the pain of tackling stormwater all too well.

The president of Schroeder Builders has already sunk more than $1 million into his attempt to prevent runoff from a100-acre development in DeWitt, Mich., from reaching a nearby man-made lake.  Schroeder poured money into research and overhauled his construction to curtail stormwater contamination while building.  “It is difficult, but it can be done.  It’s one of the things I believe is worth the expense,” he said.

Despite his efforts, however, the ground won’t soak up enough water to meet his self-appointed goal of withholding a 100-year flood.  It’s left Schroeder in a quandary and he doesn’t see a way out — the local government already approved his ambitious building plan. Now he worries about running up against tough stormwater standards.  “Cleaning up stormwater is a good thing to do, but they can get requirements that can’t be met,” he said.