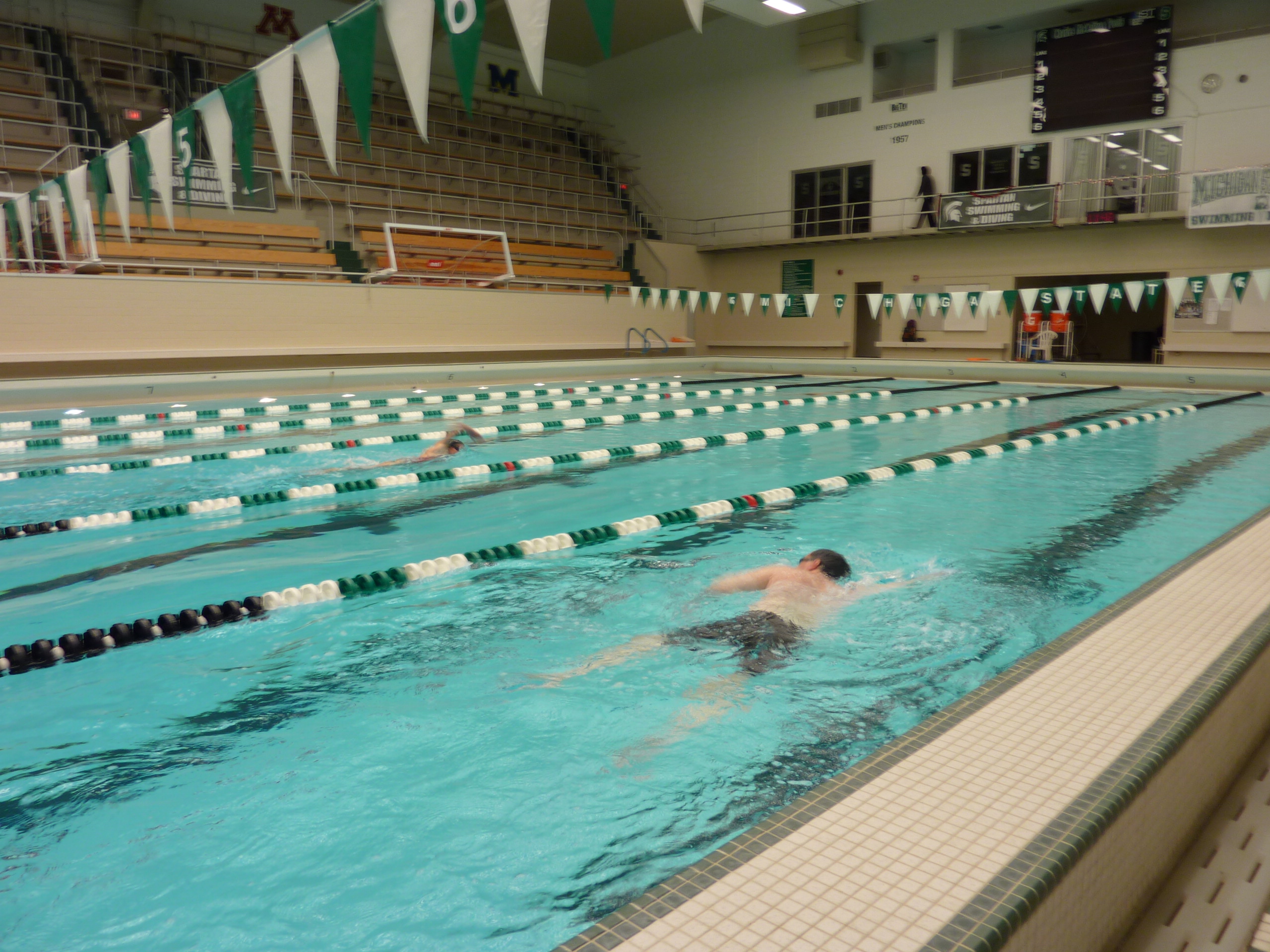 Illnesses contracted from water affect the health of thousands every year.

Three years ago a 6-year-old boy was rushed to intensive care when someone put the wrong amount of chemicals into a Nebraska motel pool.

He and 23 other people suffered digestive, eye and respiratory problems when a pool operator used the wrong ratio of chlorine and ammonia. The boy was hospitalized in pediatric intensive care.

Drowning is the most common risk people associate with pools. In 2005, there were 3,582 fatal unintentional drownings in the U.S. – 10 deaths per day, according to the U.S. Centers for Disease Control and Prevention.

But illnesses from the water also pose serious health problems. Federal health authorities report that in 2005 and 2006, 78 outbreaks of water-related illness from contaminated or poorly treated pools, lakes, spas, rivers and the ocean affected more than 4,412 people. It is the most such outbreaks ever reported in the U.S. in a two-year period.

Of the 130 public pools in Michigan’s Ingham County, 16 failed inspection and 39 were approved conditionally, according to 2008 county records.

Inspectors examine the pool’s mechanical equipment, water quality and the safety features, according to the Michigan Department of Environmental Quality.

Apartments had the most violations in 2008, according to Ingham records. Of the 39 pools receiving conditional approvals, or those that passed the inspection but were required to make changes, 26 were apartments.

Apartments also represent 10 of the 16 pools that failed inspections.

Operators of pools with violations are given a deadline to fix them, state officials said.

A pool might be shut down due to material in the water that may affect health and safety of individuals or a lack of proper equipment for treating and testing the water.

Records show that in Ingham County 19 pools had citations for faulty flow meters. The meters indicate if the pump is properly circulating and filtering the water. This was the most common violation.

Should water not be filtered, dirt and bacteria could stay stagnant in the pool. And if the water is not properly circulated, chemicals may not be dispersed evenly.

Three Ingham pools were cited for problems with the systems that disperse chemicals into the pools, and improperly stored chemicals. Two were cited for water clarity issues and five for needing the sides and bottom of the pool cleaned.

More common violations associated with pool that failed inspection include not having a telephone for emergencies readily available. Unclean decks, drains and other poolside features were also cited.

Five schools passed inspection conditionally. The most common violation of these schools was failure to have proper and available safety equipment.

Chippewa Middle School in Okemos, Mich. failed inspection in August 2008. Ingham County Heath Records state the pool was inspected at this time, due to a complaint. The records do not indicate the cause of the complaint.

The CDC recommends the following practices to protect swimmers from water-related illnesses:

– Don’t swim when you have diarrhea.

– Shower with soap before swimming and wash your hands after using the toilet or changing diapers.

– Don’t swallow pool water and avoid getting water in your mouth.

– If the pool has a strong chlorine smell, it is usually an indication that the water is unhealthy. The smell comes when the chlorine is combined with bodily fluids such as saliva, urine, feces, sweat or body oils.

– Take your children on bathroom breaks and check diapers often.

– Change diapers in a bathroom or a diaper-changing area, not at a poolside.

– Wash your child thoroughly (especially the rear end) with soap and water before swimming.

Your health and the water

Swimming pools are recreational havens, as long as they are safe, clean and smell of chlorine, according to most parents interviewed by the Center for Disease Control and Prevention’s healthy swimming program.

They are wrong. The smell of chlorine is indicative of the combination of free chlorine with bodily fluids such as urine or sweat.

But even the best maintained pools are potential hubs for millions of disease-causing germs.

An improper balance of chemicals or the presence of a parasite or bacteria can make you sick, according to federal health officials. The two are often connected. Incorrect balances of chemicals increase the possibility that parasites and bacteria survive.

In addition to chlorine levels, pH levels are also an indication of well-maintained pools. If too high or low, the pH level of a swimming pool can cause eye and skin irritations.

When pH is too high, disinfection is less effective and if it’s too low, it can also cause pipes to corrode.

Giardia, shigella and e-coli are some of the most common bacteria that cause illnesses. In 2007, there were 390 cases of giardia in Ingham County, according to the Ingham County Disease Report.

That’s 303 cases more than in 2006. But none of those cases were associated with pools, according to Mike Allen, a toxicologist with the Ingham County Health Department.

Allen says the most common way giardia is contracted is through geese feces and other wild animals.

Children swimming with diapers, not showering before swimming, defecating or urinating in the pool, and wearing shoes on the pool deck are the main causes of bacteria entering the water.

“People will walk into your pool deck and they won’t realize there are bacteria on your feet and then a swimmer with wet feet comes in and tracks it into the pool,” said Chris Kostigen, an East Lansing High School pool operator.

According to the Center for Disease Control, the most common pool-related illness is diarrhea, usually caused by a common stomach illness called gastroenteritis.

Fevers, cramps, skin irritations and respiratory problems are other symptoms associated with gastroenteritis.

Some swimmers are unconcerned with the threat.

Lansing native Kelsey Schooley, a Michigan State University swimmer, said she has never gotten sick in 10 years of swimming and is more worried about the germs in her classes.

But many swimmers don’t even recognize swimming as a cause of their illness.

While bacteria like e-coli will cause symptoms within hours of contact, a parasite may take days to affect the individual, according to the Centers for Disease Control and Prevention.

“When you get sick with a parasite, it takes longer to show up than it would with a food borne illness,” said Michelle Hlvasa, an epidemiologist with the Centers for Disease Control and Prevention. “Therefore, people don’t always think about swimming as having a correlation with sickness.”

The federal health agency estimates that there are 76 million food borne illnesses in the U.S. each year.

Hlvasa says that many swimmers can mistake a swimming illness for a food borne illness because they are more common.

Swimmers can ask their pool operators about the amount of chlorine and when it was last placed into their pool. Most of the bacteria and germs causing water illnesses can be disinfected with chlorine.

Cryptosporidium, or crypto, is a parasite that can survive even in properly treated pools, according to federal health authorities. Because of this resistance, the disease center calls the parasite the leading cause of stomach illnesses associated with pools.

Ingham County reported 56 cases of crypto in 2007, 51 cases more than the previous year. Allen said they were most likely contracted from farm animals and then spread from person to person. In the last 10 years he hasn’t seen any crypto illness associated with swimming pools.

But it has been a problem elsewhere.

“Crypto is a parasite, which is what gives it its fighting edge. When you swallow the crypto the shell breaks open in the intestine and that is when the parasite comes out,” Hlvasa said.

Nationwide, the disease center noted that between 2005 and 2006, crypto caused 64.6 percent of the 48 outbreaks of common stomach illness.

“When we hear about an outbreak of crypto, we don’t know if it is poor pool operation or maintenance. It can happen in a pool that is well operated or not,” Hlavsa said.

Joan Shields, a federal health researcher, studied 160 pools in Atlanta and found one of 12 pools tested positive for the germ giardia or the parasite crypto, although no outbreaks of sickness were reported during the time of testing.

Due to crypto’s high resistance to chlorine, federal officials recommend that 10 to 20 times the usual amount of chlorine be used to kill it.

East Lansing High School hyper chlorinated their pool when it recently tested positive for coliform, according to Kostigen.

Coliform is a bacteria that can indicate the presence of other bacteria such as e-coli. Coliform is found most often in feces.

East Lansing High School had passed inspection, according to 2008 records.

Required pool health and safety measures vary state to state. There is no national standard. For example, some states require flow meters and some don’t.

The Centers for Disease Control and Prevention is currently working on suggested pool guidelines.

“What’s okay in a pool in one community is not okay in another community because each state writes its own pool code,” Hlvasa said. “There is no federal agency that regulates the design and operation and construction and maintenance of pools.”

Tomorrow: The people running your pool: Michigan is one of 21 states not requiring certification for pool operators

5 thoughts on “What’s in the water: How the quality of the water in your pool affects your health”