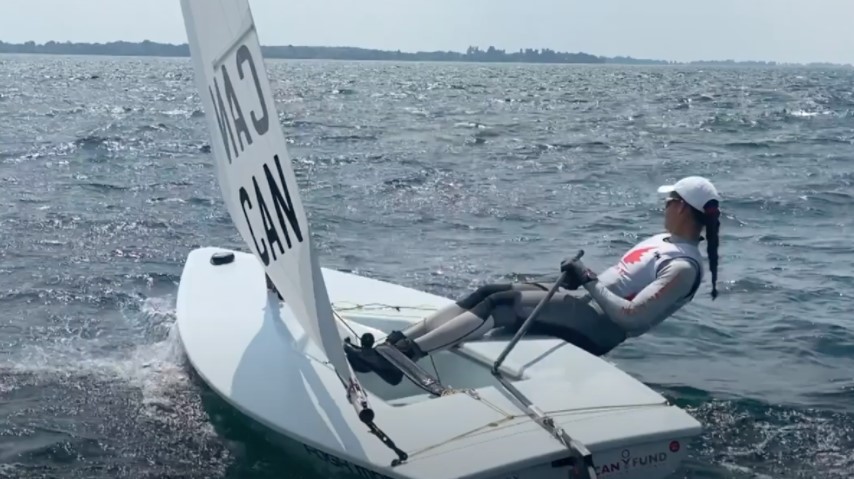 Canadian Olympian Sarah Douglas has sailed on four of the five Great Lakes.

Canada has nine sailors heading to the Olympics, six of which hail from the Great Lakes. Sarah Douglas is one of them.

“I’m excited, you know, I’m trying to treat it like any other competition,” Douglas said, “I think with the restrictions that we have, it’s going to be easier, the less distractions, but I’m just going out there to race.”

Douglas, a Toronto native who grew up in Barbados, will be competing in the Laser class in the 2020 Tokyo Olympics. Canada was the first country to boycott the originally scheduled Tokyo Olympics due to the COVID-19 pandemic. In March 2020, the International Olympics committee agreed to postpone the Games until July 2021.

“I just kind of took a deep breath and kind of reset. I made sure that the next time I went sailing, it was just for me,” she said. “I was like, let’s just have a fun day and really enjoy the sport and why I do it, and for me, it gave me the opportunity to get one more year of training.”

Great Lakes Now Host Ward Detwiler spoke to Douglas about her background and how she’s preparing herself for this unusual Summer Olympics.

Watch the latest from the Great Lakes Now Monthly Series: Episode 1025: Cleanups and Competitions, where Ward Detwiler speaks to Maggie Shea and Stephanie Roble from the American sailing team.

Where to watch the Games: https://www.nbcolympics.com/sailing