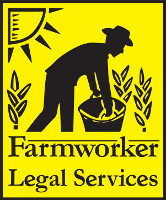 As farmworkers from other states and countries come to work in Michigan, the need for safe and affordable off-farm housing options is becoming increasingly important, a recent task force report said.

To help address that problem, the Department of Agriculture and Rural Development has appointed a new Migrant Labor Housing Advisory Board to provide recommendations for safe and affordable housing for farmworkers.

The new board is made up of five agriculture seats, five migrant labor seats and four seats from other migrant agricultural worker-related organizations. It includes members from Manistee, Grand Rapids, Lake City, Holland and Suttons Bay.

The report from the Food and Agriculture Housing Task Force said farmworkers need to live near their workplaces with their relatives without relying on their employer for housing.

The task force represented state and federal agencies and organizations, including the Farm Bureau.

A survey, conducted for the report, found that 68% of respondents agreed that food and agriculture employees have trouble finding housing in their areas.

The state has more than 49,000 migrant and seasonal farmworker households and more than 94,000 people in the farmworker community, including relatives, the report said.

In the U.S., 17% of farmworkers live in housing provided by their employers, while in Michigan nearly all live in employer-provided housing.

Jamie Zmitko-Somers, a deputy division director at the Department of Agriculture and Rural Development, said the task force’s goal was to provide recommendations on housing for migrant workers, seasonal workers and temporary foreign agricultural workers with H-2A visas.

Seasonal workers live in Michigan year-round but work on farms only during the harvest season.

H-2A workers are from other countries and work in the U.S. on visas for low-skill, temporary or seasonal agricultural jobs for which U.S. workers are available.

Evangelina Alvarez is the public policy coordinator for the Michigan Immigrant Rights Center in Kalamazoo and a member of the new advisory board.

Migrant and seasonal workers typically bring their families with them, while H-2A workers don’t. The report found that 76.5% of migrant workers bring their nonworking family members with them.

Alvarez said the ideal worker housing has resources and connections to not only a safe and healthy work environment but also a community to live in.

Alvarez said employers must try to recruit workers already in the country before bringing in H-2A workers. She said sometimes employers don’t do the necessary outreach, but the increased number of H-2A workers isn’t the reason for the need for more housing.

Dorian Slaybod is a staff attorney at Farmworker Legal Services in Grand Rapids, which represents workers and their families with employment and housing problems. Slaybod is also on the advisory board.

Slaybod said this is the first time in the migrant housing process where farmworkers are directly involved.

He said there’s been inadequate and unlivable housing in Michigan, which is why the task force’s work is especially important.

One problem with on-farm housing is that tenants can get fired and evicted on the same day, he said.

And in rural communities, it can be hard to find alternative housing in the area, and clients don’t want to move away, he said.

One reason is that more housing for farmworkers would grow the already-existing food processing industry and attract new enterprises, she said, and new companies have told her that affordable workforce housing is a necessity, but often unavailable in rural communities.

Alvarez, the public policy coordinator, said those apartments are the only active nonprofit off-farm agricultural housing community in the state.

In addition, the report described Oceana Acres Apartments in Hart and Shelby Township as a success story. Peterson Farms founded the housing complex in 2018 to provide “dependable, low-cost housing” for employees.

Peterson Farms works to ensure a “a secure, safe, friendly and team-oriented environment in which all employees are valued,” it said.