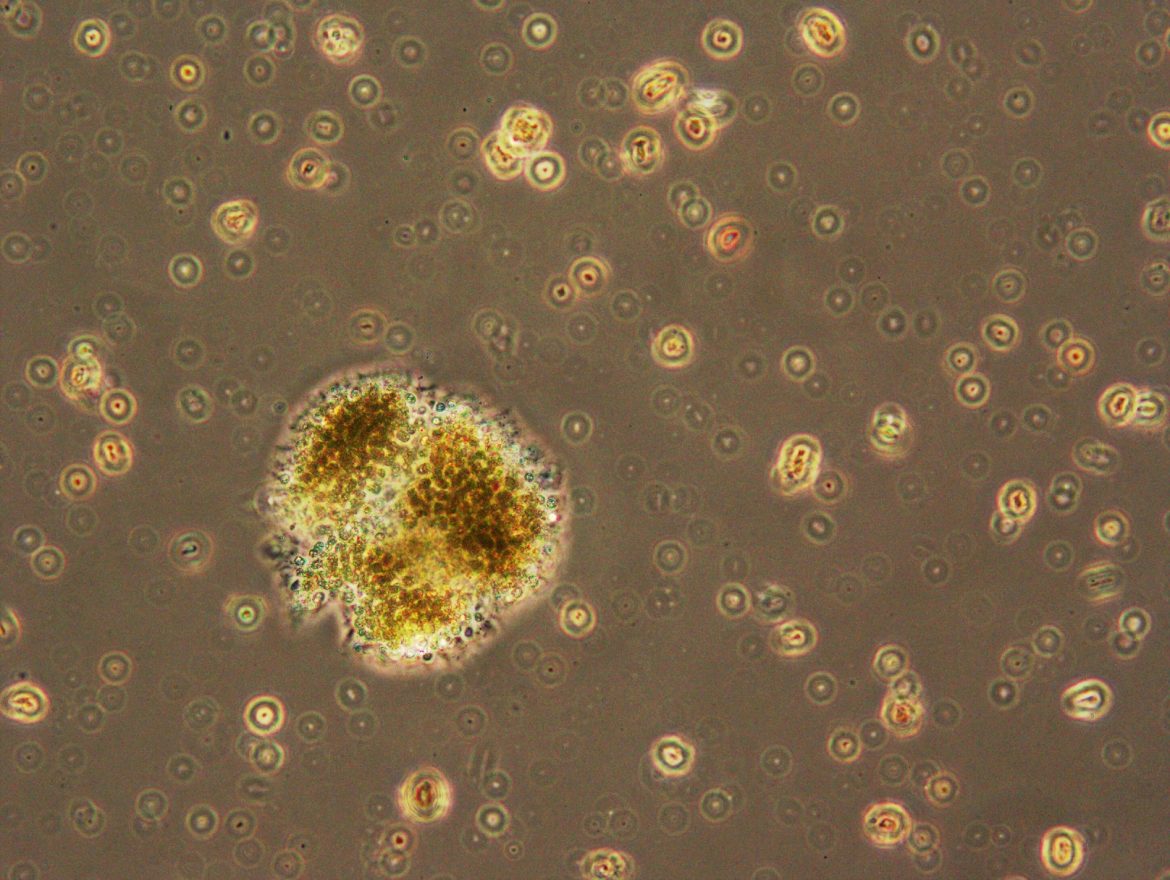 University of Wisconsin-Superior researchers are trying to figure out how to better regulate teeny-tiny invasive organisms that stow away on large vessels traversing the Great Lakes Basin.

“The goal is to try to reduce the number of organisms that are being discharged into a port within the Great Lakes,” said Kelsey Prihoda, an assistant scientist at the institute in Superior, Wisconsin.

Prihoda is also a project manager of the Great Waters Research Collaborative at UW-Superior. This project has another goal: develop and test systems for treating ballast water.

An ideal treatment system would rid a ship’s ballast water tanks of aquatic invasive species or contaminants that threaten freshwater ecosystems. What researchers are interested in is whether a treatment system is effective enough to exterminate miniscule invasive organisms such as eggs, zooplankton, phytoplankton, bacteria and viruses — some far tinier than the width of a human hair.

Say a ship needs to pick up cargo. If that ship is empty, it floats higher in the water during travel and can become unstable.

Ballast tanks in ships prevent such imbalance. The tanks are filled with water, weighing the ship down to keep it more stable during a journey.

Once a ship is loaded and weight redistributed, water in the tanks can be discharged, having served its purpose.

But if a ship draws in water to its ballast tanks from an area filled with non-native organisms or pollutants, then dumps it elsewhere, delicate aquatic ecosystems might be disrupted.

That’s precisely what Prihoda and maritime organizations are concerned about. About 30% of invasive species found in the Great Lakes region have been introduced via ballast water exchange, according to the Environmental Protection Agency (EPA).

In fact, the zebra mussel — a nuisance shellfish native to the Black and Caspian seas — arrived in Lake St. Clair in the late 1980s after hitching a ride in a transatlantic freighter’s ballast water.

Ocean-traveling vessels are usually required to be equipped with ballast water treatment technologies. But the requirement applies to Great Lakes vessels only if they were constructed after 2009, Prihoda said.

A practical ballast water management system for the Great Lakes has not been found yet, Prihoda said, making it challenging to figure out how to reduce discharge risks with vessels that trade only within the basin.

Tools to quickly analyze ballast water discharge samples for organisms have been tested in ocean environments, Prihoda said — but they need testing to see if they can be used to ensure ballast water standards are being met in the Great Lakes.

“That leads into the funding we got,” Prihoda said. The $5 million will pay for the first year of a five-year-long research plan exclusive to the Great Lakes Basin.

A few miles away from Prihoda and UW-Superior is the University of Minnesota Duluth, where ballast water research is also a matter of concern. Superior and Duluth are twin cities and ports on the far west edge of Lake Superior.

Disruption to food webs and damage to fishing industries occur if too many aquatic invasive species from ballast water are allowed to establish themselves in an ecosystem, said Euan Reavie, a senior research associate within the Water Research Group at UMD’s Natural Resources Research Institute.

During his career, Reavie has looked at algae and sedimentary records to reconstruct long-term changes in aquatic systems.

But Reavie’s research has expanded since arriving in Duluth. He has collaborators at UW-Superior and examines ballast water tanks of vessels to make sure their installed treatment systems are exterminating non-native organisms.

There is a variety of treatment systems, Reavie said. Some use filtration, ultraviolet light or chemical mixes. Sonication, or using sound waves to cause physical vibrations, can also be applied.

Use of ballast tanks is a well-established practice, but research into negative impacts of ballast water exchange is a fairly new area of study, according to Reavie.

He said the topic came into focus when the Coast Guard began requiring vessels to exchange their ballast water or seal tanks for the length of their stay in a region.

Both Prihoda and Reavie said they expect ballast water standards in the U.S. and Canada to change in the coming years as the EPA, Coast Guard and U.S. Maritime Administration look into releasing ballast water management protocols.

The International Maritime Organization requires vessels to maintain a ballast water record book, but the U.S. doesn’t. The U.S. does require anyone in charge of a vessel that contains a ballast tank to submit a ballast water report to officials no more than six hours after arriving at a destination.

“We’ve made recommendations for the sorts of adjustments that might be needed,” Reavie said. “But we are not the decision makers, and ballast water has been a bit of a political football.”