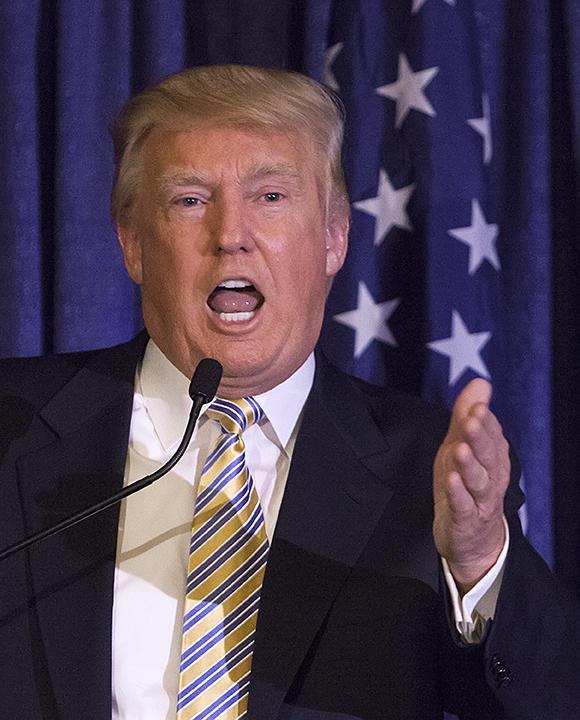 The Trump Administration’s proposed budget is out — and it eliminates the $300 million in annual funding for the Great Lakes Restoration Initiative (GLRI), which finances environmental projects all over the region.

The budget also zeroes out the $250 million allotted to National Oceanic and Atmospheric Administration (NOAA) grants, including 33 Sea Grant programs nationwide. Based at universities, Sea Grant programs focus on educating the public, outreach and research.

The budget says the programs are a “lower priority than core functions maintained in the Budget such as surveys, charting, and fisheries management.”

The budget plan, released Thursday morning, calls for significant increases in military and border-security spending, along with corresponding cuts in many other agencies. The blueprint was designed to “send a message to our allies and our potential adversaries that this is a strong-power administration,” Office of Management and Budget Director Mick Mulvaney said.

Less than two weeks ago, a leaked list of possible EPA budget cuts included a loss of $297 million dollars in funding for the GLRI.  David Ullrich, executive director of the Great Lakes and St. Lawrence Cities Initiative (GLSLCI), said this complete elimination of funding was a shock.

“To reduce it to zero is like a stick in the eye,” he said.  “I don’t think that’s a good way to do business. The mayors are extremely upset in Canada and the United States, and we’re not going to sit back and let it happen.”

Then GLRI, created in 2010 with strong bipartisan support, has supported thousands of projects across the Great Lakes region. In December, the initiative’s funding was re-authorized by Congress.

The GLRI has aided the Buffalo River restoration by dealing with issues such as contaminated sediment and poor water quality. In the Rochester area, the initiative is helping to restore Braddock Bay by eliminating invasive cattails and slowing erosion of the marsh. Funds have also been used for habitat restoration on the Detroit River in Michigan, combating invasive species in Minnesota and cleaning up beaches in Wisconsin.

Numerous politicians from both sides of the aisle have already spoken out against the budget. In a statement, Sen. Sherrod Brown (D-OH) said, “Taking an ax to the Great Lakes Restoration Initiative will cost Ohio jobs and jeopardize public health by putting the well-being of Lake Erie at risk.”

Sen. Rob Portman (R-OH) said Thursday that he is committed to preserving the program and its funding.

More than 100 Great Lakes advocates are in Washington this week to lobby Congress on funding for the region.  Tuesday was what’s known as “Great Lakes Day,” a celebration of the region.  The significance of the day was not lost on Michigan Congressman Dan Kildee.  “There’s a sad irony in the President proposing to eliminate Great Lakes protection efforts today on Great Lakes Day,” said Kildee in a statement.  “Congress ultimately sets the nation’s budget and I will fight these reckless cuts in every way that I can.”

Todd Ambs, campaign director for the Healing Our Waters-Great Lakes Coalition, said in a statement that  “real leadership to benefit the people of Ohio, Michigan, Wisconsin, New York, Minnesota, Pennsylvania, Indiana and Illinois will have to come from Republicans and Democrats in the U.S. Congress, who have worked together over the last seven years to invest in Great Lakes restoration projects that are producing results for the environment and economy in local communities across the region.”

The GLRI currently funds projects across the region, including in the Rochester Embayment, which is listed as an Area of Concern. The future of on-going projects, including those aimed at restoring habitats and educating farmers to reduce phosphorous output, is unclear.

The budget blueprint calls for cutting other regional projects, including the Chesapeake Bay Restoration plan, as a way to return “the responsibility for funding local environmental efforts and programs to state and local entities.”

The budget says that change, which would cut 3,200 EPA jobs, is needed “to ease the burden of unnecessary Federal regulations that impose significant costs for workers and consumers without justifiable environmental benefits.”

Instead of carrying out many of its current functions, the EPA would “primarily support States and Tribes in their important role protecting air, land, and water in the 21st Century,” the budget document adds.

New Great Lakes Commission member Candace Miller is no stranger to this process.  The Michigan Republican served in the U.S. House of Representatives for 13 years.  “I’m not totally as panicked as some of the others might be here about what is being proposed, I know how the process works,” said Miller in an interview with Detroit Public Television’s Great Lakes Now initiative.

“It takes a while, and just because the president proposes it — believe me, it’s not a done deal.”

NPR contributed to this report.