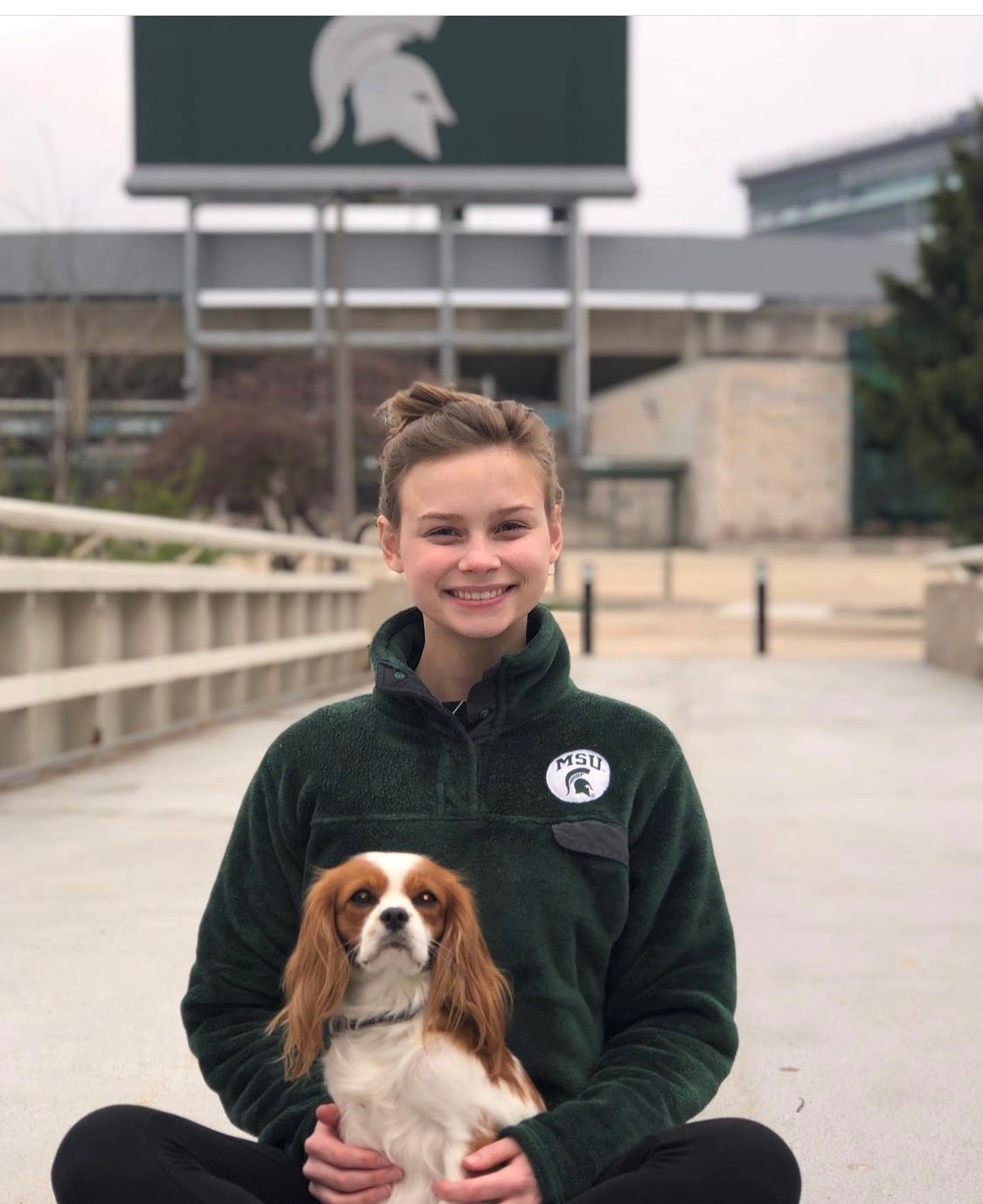 The peak of the pandemic brought unfamiliar free time that led many people to adopt a pet. As life returns closer to normal and in-person activities resume, these new owners continue to embrace their pandemic pets.

“Adopting Bonnie was the best decision I’ve ever made,” said Gracen Minor, a Michigan State University student from Sterling Heights, Michigan, and the new owner of a cavalier King Charles spaniel.

“The pandemic gave me the perfect reason to get her while still in college, instead of in a few more years,” she said.

Shelters across the country have reported a surge in adoptions since the pandemic began.

Brooke DeVries, a neuroscience Ph.D. student at MSU, adopted her cat Twiggy during the pandemic, named after the fashion icon of the 1960s.

At first, when DeVries went back to in-person activities, Twiggy’s pouting made her feel guilty for leaving home. Now, they’re into a new schedule and Twiggy has adapted to the change.

Due to high rates of adoption inquiries, a shelter in Belleville, called Friends of Michigan Animals Rescue ensured that people wanting to adopt during the pandemic understood the commitment ahead of time, said Ashley Smith, the director of the rescue organization.

“We always stressed that an animal is a commitment, and even though you go back to work in a year or so you still need to take care of your pet,” Smith said.

Because owners understood the weight of their commitment ahead of time, shelters aren’t seeing an uptick in animal surrender rates, she said.

“My favorite part is being responsible for a living thing and allowing it to thrive,” said Jordan Hall, a 23-year-old server in downtown Ann Arbor.

During the pandemic, Hall adopted a corn snake named Clementine, as well as two bunnies and a dog. Lockdown granted him the long-awaited opportunity to adopt these animals.

Some people who wanted to adopt, though, couldn’t. 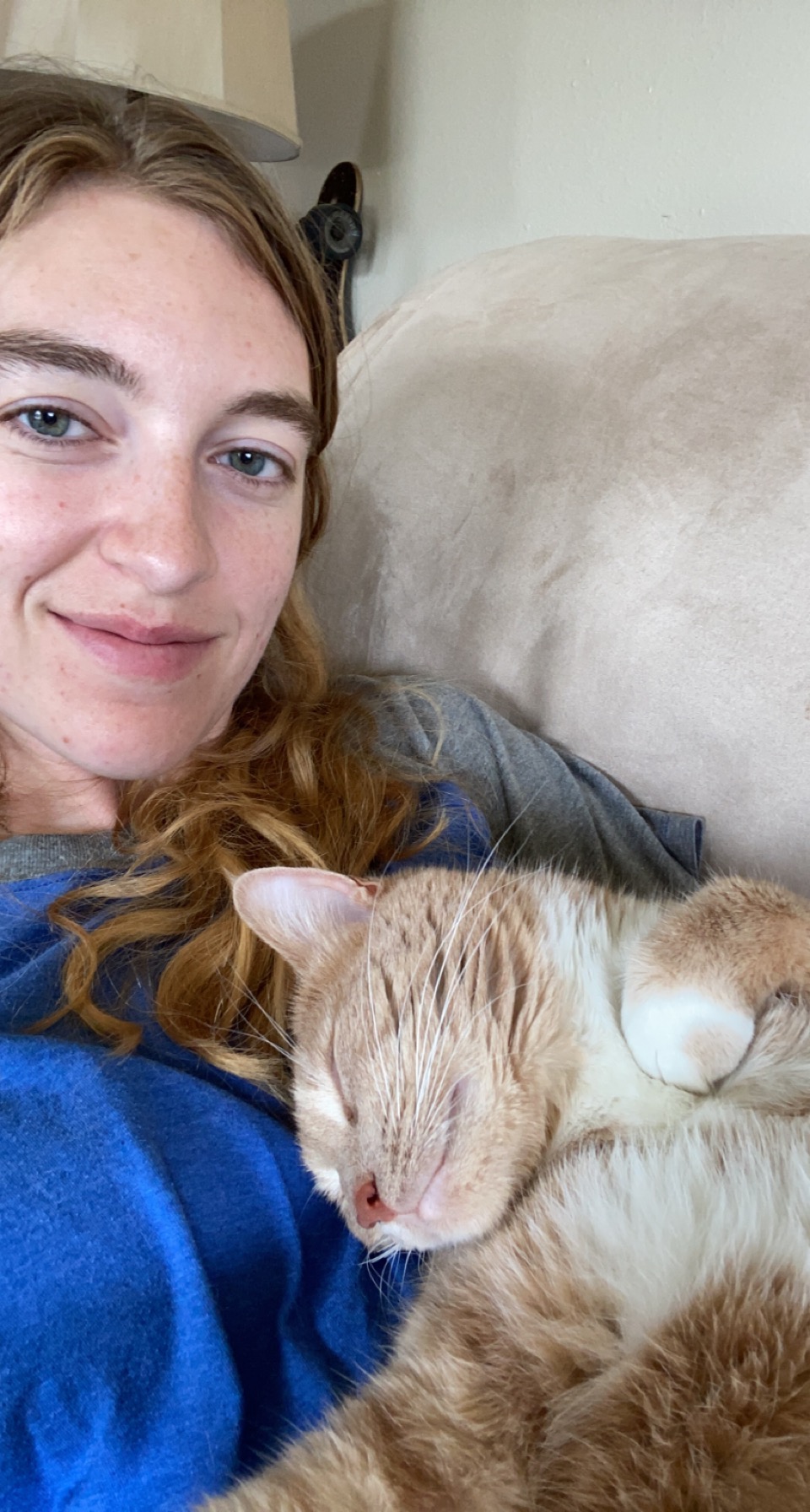 Brooke DeVries and her cat Twiggy

“Demand for pets peaked and stayed at a very high level for a very long time,” said Anna Chrisman, the media manager for Michigan Humane.

At the peak, the humane society was receiving about 120 to 150 adoption requests a week, Chrisman said, and was fortunate to maintain roughly the same rate of adoptions during the pandemic as it had before.

Fortunate for the humane society, but not the Ciarellis, a Dearborn family in search of the perfect pooch.

Traci Ciarellis said the family contacted shelters with no luck and reached out to rescue groups in their search for a dog.

Eventually, they found a family trying to rehome a lab-shar pei mix named Fiona. They took her in and now credit Fiona with keeping the family together during the long lockdown days.

For others, however, the adoption process was easier, and their pandemic pets provided them with companionship they lacked during the lockdowns.

Right before the pandemic hit, Genny Staub of Okemos, graduated from high school at 16 years old.

“I was spending so much time at home so I decided to rescue a shelter kitten,” Staub said.

Staub now works as a server and spends less time at home, but said Bowie doesn’t get lonely without her.

“Since I live with my parents, Bowie is still able to have human interaction even when I’m not home,” she said. “If I lived alone with him, it would’ve been a much harder transition going back to work.”

Milo, a shaggy husky with energy to spare, was the perfect companion for Tristian Gaines, a systems security engineer from Lansing.

Gaines said he and his girlfriend wanted a dog for an excuse to get outside when people around the country were staying inside.

“We figured it was the best time to raise a dog because both of us would be home,” Gaines said. “My girlfriend works at a dog day care, so I think she missed having animals around when things shut down. That’s why we got Milo.”

To encourage new owners and help them out in the changing circumstances that COVID-19 brought, Michigan Humane offers support services. This year, it has already distributed close to a million pounds of food. It also offers low-cost medical care.

“What we are experiencing is an uptick in requests for assistance or support for pets in the home,” Chrisman of the humane society said.

Though it doesn’t have a pet sitting service, the organization offers a temporary foster program for families who need to house a pet for two or three weeks. That’s intended to help those who might have been evicted or hospitalized.

Overall, new owners say they continue to find solace in the animals they got during the pandemic.

Even though in-person life is resuming and these new owners are now separated more often from their furry –or scaly– companions, owners and pets alike have adjusted to this “new normal.”