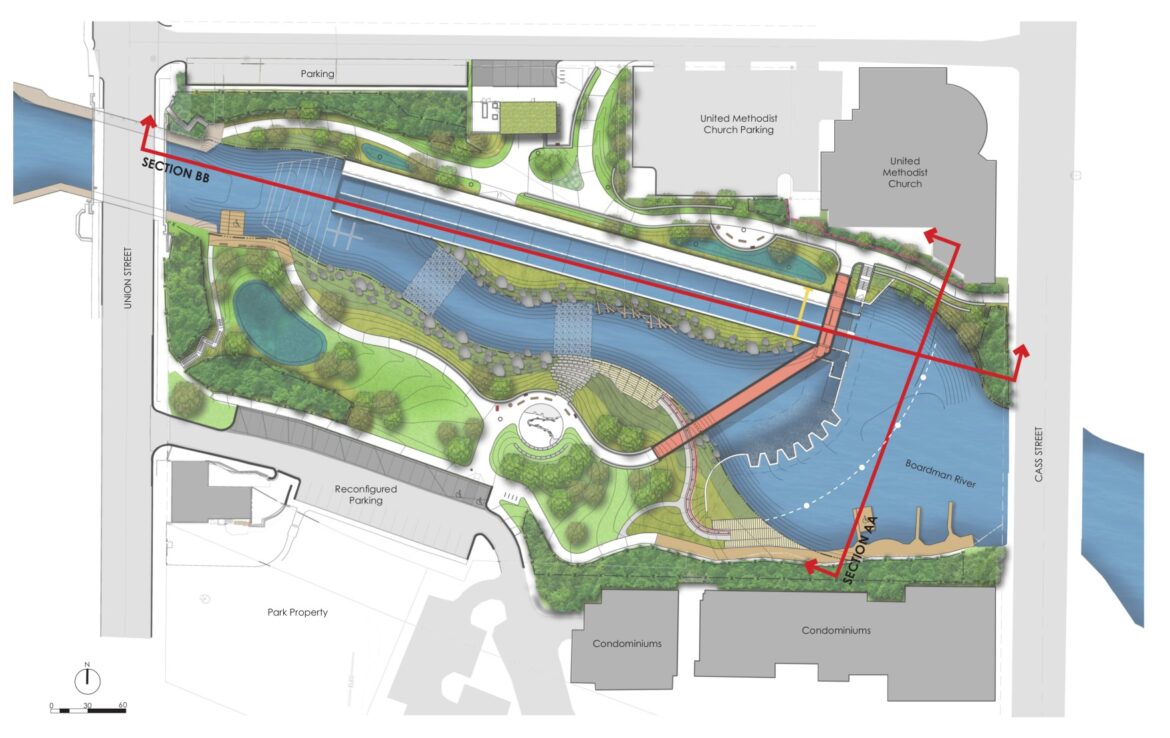 The fate of Traverse City, Michigan’s FishPass project will be decided in court. That’s after city commissioners decided not to put the question before voters in November.

Instead, the city will try to resolve the issue in the Michigan Court of Appeals.

“It’s more than just a question of whether or not there’s going to be a FishPass or dam replacement,” says commissioner Roger Putman. “It’s a question of what defines parkland– not only for the city of Traverse City but of course any municipality in the state of Michigan.”

Right before the project was scheduled to start in January, Traverse City resident Rick Buckhalter filed a lawsuit. Part of his concern was the number of trees that would be cut down in order to build the new structure. He argued the area is city parkland, and therefore required a vote from residents to change it.

“It’s not just the decision on whether or not this particular project will move forward,” Putman says. “It’s whether or not any city property can be claimed as parkland even though it is not officially designated as such in any of the charter or the city records.”

Buckhalter’s attorney Jay Zelenock says failure to put the issue on the ballot showed him the city thought it would lose.

“I think the city’s decision not to put it on the ballot tells you something about their own read of local sentiment,” he says. “Certainly Mr. Buckhalter is not alone in opposing this proposal.”

Now, the FishPass project could be stuck in appellate court for months. If the lower court ruling is overturned, FishPass will begin without a vote.

The Union Street Dam is the last remaining dam in the Boardman River system. It is the only thing that stands between the river and Lake Michigan.

Sea Lampreys are parasitic fish that attach onto other fish, draining their blood and often killing them.

FishPass is a nearly $20 million dollar project that would replace the Union Street Dam. It’s a first-of-its-kind initiative which aims to keep invasive species from swimming up the Boardman River, while allowing native fish to pass.

This story is part of a collaboration between the Knight Center for Environmental Journalism and Interlochen Public Radio.