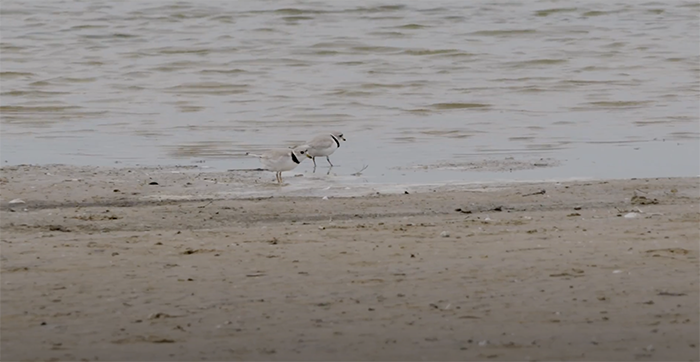 Piping plovers, a small white-and-gray shorebird with striking orange legs, are making a comeback this summer – on the beach and at the bar.

The plover has been on the federal endangered species list since 1985, when the Great Lakes plover population dropped to about a dozen pairs.

In 2019, when two plovers were sighted on a busy beach in Chicago, birders worked to create a sanctuary space for them. The two little birds were named Monty and Rose and have since attracted a dedicated following.

“I think these birds have been tremendous ambassadors to birding and birds,” Tamima Itani, vice president of the Illinois Ornithological Society, told Great Lakes Now.

Monty and Rose have inspired a children’s book, a documentary film and the Illinois governor even declared Nov. 18 ‘Piping Plover Day’ in their honor.

And in typical Great Lakes fashion, breweries around the region are supporting plover conservation efforts by doing what they do best: beer! 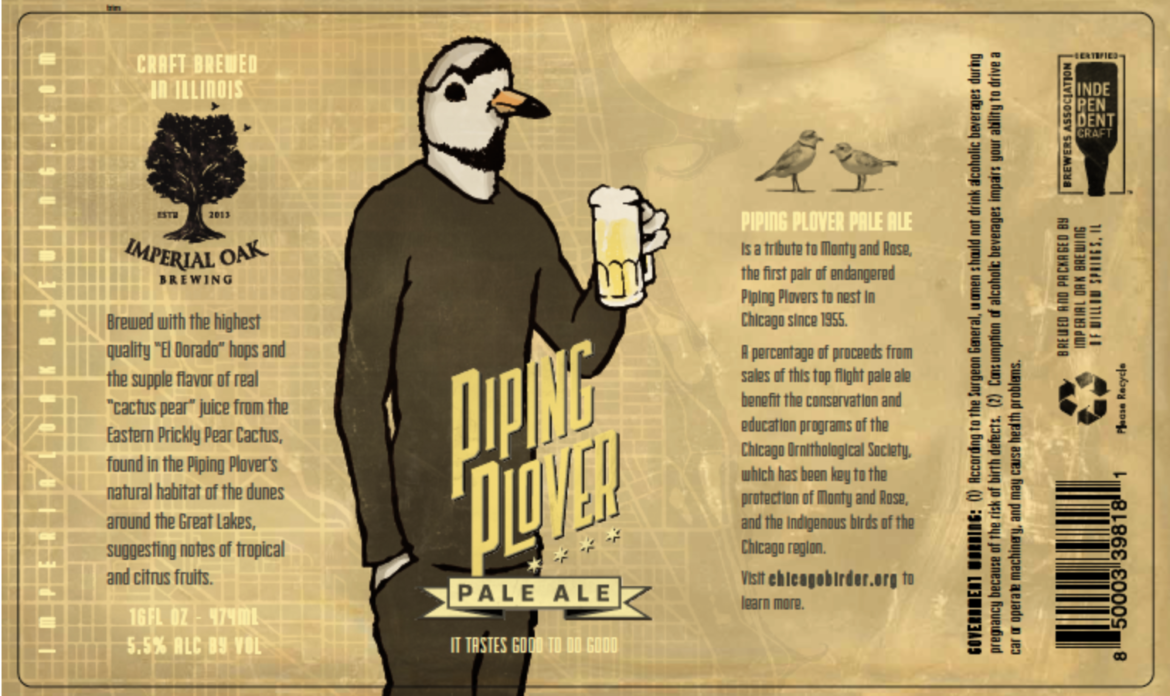 Imperial Oak Brewing, in collaboration with the Chicago Ornithological Society, first released their Piping Plover Pale Ale in 2020 and will be releasing a new batch this summer.

The Piping Plover Pale Ale was inspired by Bob Dolgan’s documentary film, Monty and Rose, and the nature surrounding Imperial Oak Brewing, which brings birders and nature enthusiasts into the Illinois brewery, according to co-owner Grant Hamilton.

“Stay tuned,” Hamilton adds, because while this ale is a limited-edition beer, it may be the first of a seasonal series of beers, each with a different endangered species as its muse.

Imperial Oak Brewing isn’t the only brewery to create a drink in honor of the piping plover.

Check out this list of plover beers both past and present:

The Piping Plover Pale Ale will be available at Imperial Oak Brewing starting on Aug. 1.

This “crisp and refreshing” pilsner was brewed in collaboration with the Detroit Zoo as the first beer in Griffin Claw’s survival series. A portion of the proceeds go to the Detroit Zoological Society to help them continue protecting piping plovers and other endangered species, including Grauer’s gorillas, Panamanian golden frogs, and Partula snails.

The Piping Plover Pilsner is a limited-edition beer and may no longer be available at Griffin Claw Brewing Company in Birmingham, Michigan.

Part of the proceeds from this beer goes to the Skywatch Bird Rescue. The brewery has given around $100,000 to local nonprofit organizations.

The Stellwagen Piping Plover Indiana Pale Ale uses 200 shucked oysters from Island Creek Oyster farm in Duxbury in the brewing process. This beer is dry hopped with a bright lemon aroma and flavor.

The Piping Plover Indiana Pale Ale was released to celebrate the reopening of Duxbury beach after a month of protected plover nesting, and a portion of the proceeds are donated to the Duxbury Beach Reservation.

This beer is currently retired, but may return to Titletown Brewing Company in the future.

But don’t stop at the Piping Plover!

Here are other Great Lakes brews that support conservation efforts:

The Partula Snail Ale is a crisp, dry-hopped pale ale with notes of warm ginger and pine. This brew is the latest of four beers from Griffin Claw’s survival series, a series of beers in collaboration with the Detroit Zoological Society, which has been breeding and restoring the Tahitian land snail for three decades.

This limited-edition IPA is a medium-bodied beer with a blood orange finish. In collaboration with the New York State Parks Recreation & Historic Preservation and the SUNY College of Environmental Science and Forestry, this beer was created to raise money to help the endangered Chittenango Ovate Amber snail.

The Endangered Species IPA is available at the New York brewery’s tasting room.