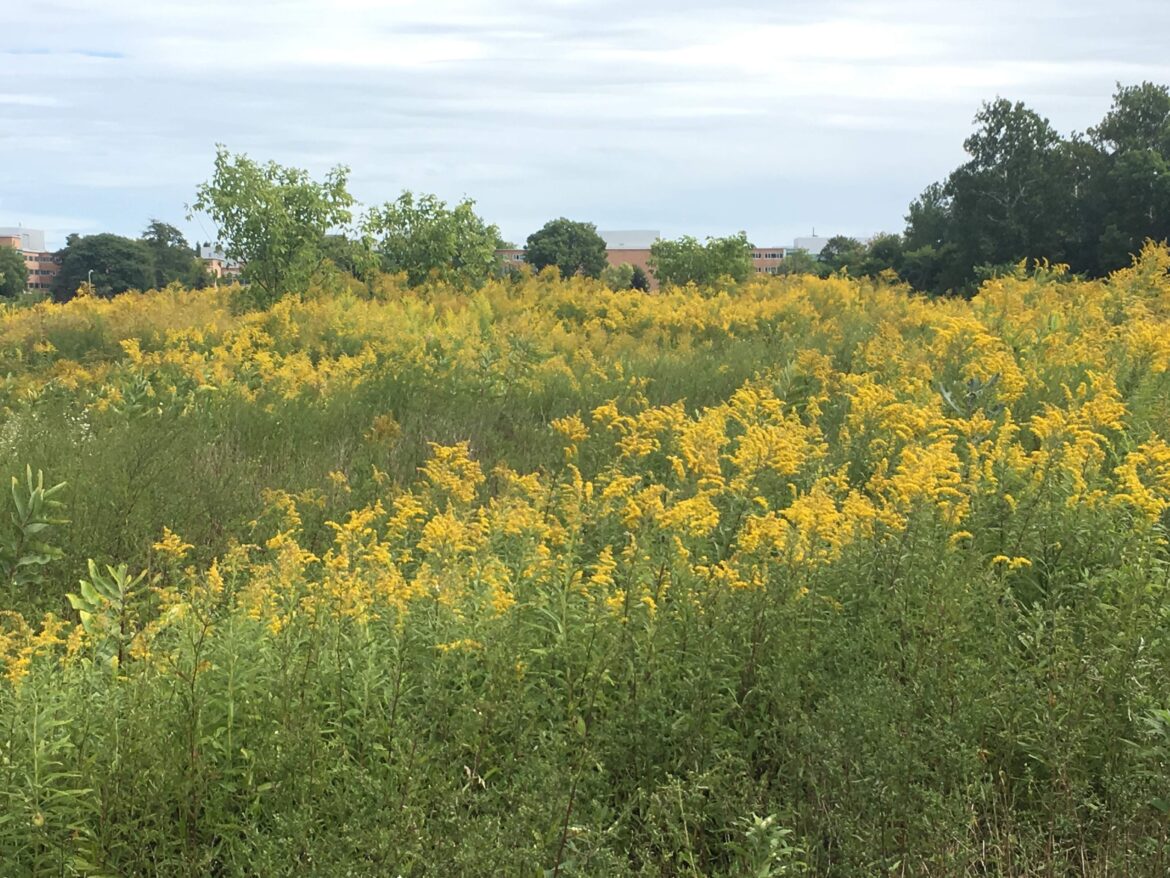 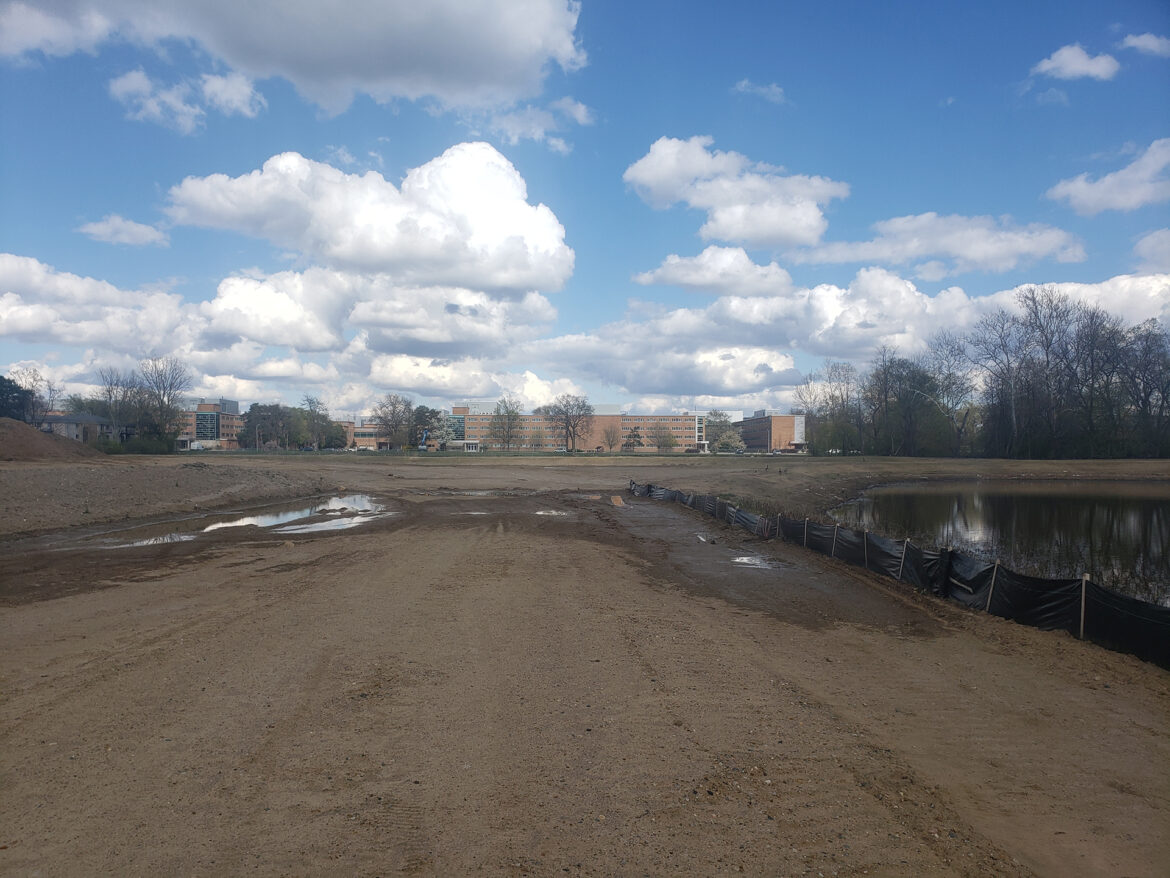 In 2018 goldenrod shimmering in the summer sun reclaims what had once been a golf course in East Lansing, Michigan. In the spring of 2021, the same area is prepared for development. Images: Marshall Lee Weimer.

My favorite place at college never had an official name.

I think it used to be an old golf course, but I’m not sure. The tallgrass hid any trace humanity had left there, shrouded by sparkling goldenrod and silenced by rustling leaves.

My friends and I called it Bailey Prairie, named after the dormitory we lived in at Michigan State University in East Lansing, Michigan. It was only a vacant field off the edge of campus, but it was an excellent escape from the residence halls’ boxy confines. A wildlife professor instructed one of my field courses while standing in the tallgrass.

Many others used Bailey Prairie, and not just the dog walkers or hammockers. Goldenrod, asters  and milkweed filled the field with bees every summer. Birds snatched insects and sang endless songs at sunset. The sycamores and willows shaded the river edge with abundant foliage. Once I saw five deer lurking among the trees.

All of this occurred on the same road on which  the state Capitol also sat in Lansing, Michigan. It was an oasis in the concert desert of urban sprawl. I treasured the sanctuary it provided not only for the flora and fauna but also for myself.

Nature was constantly present in this metropolitan meadow, but it made me consider a serious question: Are Bailey Prairie and other pockets of untrimmed greenery in urban spaces also wild spaces?

Even small vacant lots offer green space that is beneficial to the environment, said Chris Lepczyk, a professor of urban ecology at the School of Forestry & Wildlife Science at Auburn University. “These spaces are important to insects like honeybees and pollinating flies.”

“What is or isn’t wild is a philosophical question,” said Lepczyk, “but to an urban ecologist, an empty lot or Central Park could be considered wild spaces.”

Urban ecology is the study of what happens in green space and natural areas within human-dominated landscapes. Urban ecologists study nature in diverse human settings – from unmanaged woods in suburbs to vacant, weedy lots in city centers.

It’s important to teach everyone about the value of urban natural areas, said Jeff Veglahn, a land steward with the Urban Ecology Center in Milwaukee. They provide solutions to many environmental issues facing cities.

Veglahn said natural space creates a buffer zone of filtration to prevent industrial runoff from brownfields full of chemicals. Natural areas provide sanctuary for migratory birds in cities, help cool cities and save energy in the summer, and provide a mental release for city dwellers.

These spaces are significantly smaller than national or state parks. They are a patchwork of backyard-sized islands within a human-dominated landscape.

Veglahn said when we practice conservation in cities, it opens up your mind to what nature can be. We start to see nature as not something out there, but something we are in.

There are many reasons to value urban natural areas. The question: do people value those areas?

Bailey Prairie, like many unnamed wild places in cities, was flattened for development. Another high-end apartment complex now sits upon its shredded remains. The trees uprooted, the flowers paved over, the birds and rabbits chased out.

I’m sad every time I drive by it. The city officials saw the urban oasis as having more value as unaffordable housing than public green space.

To me, urban natural areas are the force of nature never giving up. Wild means that indomitable will of plants to grow out of any crack in the concrete. No matter what happens, nature will find a way to adapt and persist through any hardship.

When we share our cities with nature, the benefits seem to outweigh the costs.

Veglahn said there could be whole thriving ecological communities in urban areas without disrupting human life.

“It’s amazing what a little piece of land can do.”