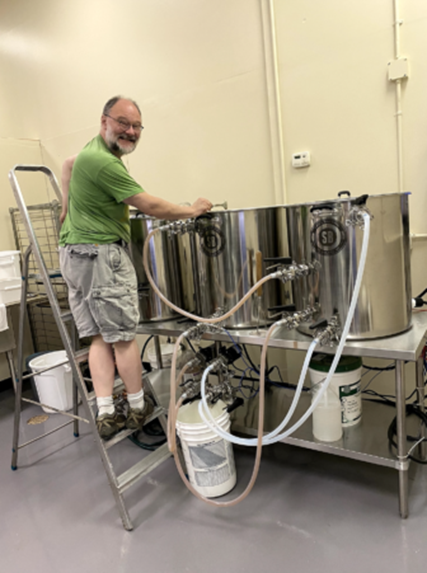 For years, Tony and Suzanne Sutorik experimented in their home with brewing beer and using the leftover grains to create baked goods.

They did research online about other home breweries until last summer when they opened Mi Element, a microbrewery, bakery and coffee shop in Midland, Michigan.

Tony Sutorik, the owner and operator, said Mi Element has a one-barrel brewing system that brews beer and uses the leftover grain from the process to create flour that is later used in the cafe’s baked goods.

“Now the community has some kind of access to some pretty unique baked good offerings that you can’t really find anywhere else,” Sutorik said. They include the Porternickel sourdough and the Red Sky rye breads.

The process of repurposing spent grain, or leftover grain, after the mashing process removes the sugars and starches from the grain and costs Mi Element only labor, he said.

In its brewing process, Founders extracts all the sugar and protein from the grain, and then a truck picks up the leftover at least once daily, Wonder said.

The grain and leftover yeast are brought to a grain elevator, or holding place, and divided based on their different uses. 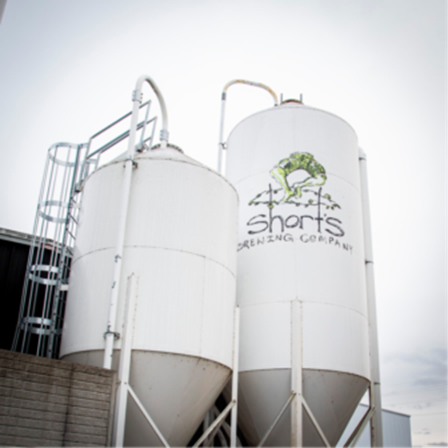 Much of the grain is used for animal feed, Wonder said, “In Michigan, we’re very lucky that we have so many local farmers, so it’s really easy for us to find outlets for that byproduct.”

Short’s Brewing Co. in Bellaire and Elk Rapids, Michigan, repurposes nearly all of its spent grain with local farms it has partnerships with, CEO Scott Newman-Bale said.

“It’s really a mutually beneficial thing,” he said. “For the environment, for the farmers, but for us as well.”

Newman-Bale said the grains are used mostly for animal feed, but can also be used for fertilizer and to control erosion.

It would be otherwise difficult to dispose of the company’s millions of pounds of grain yearly as waste, he said.

Wonder said one alternative to selling spent grain is to compost it, but that is more expensive.

Also, the extra revenue from the grain can be used for other purposes.

“We might as well sell it and then use that money for other sustainability or environmental initiatives,” she said.

“Brewing, in general, is shockingly advanced in sustainability,” Newman-Bale said, “Even at small breweries, you find a lot of good innovation.”

Tony Sutorik, of Mi Element, said when he and his wife first started, throwing away the grain seemed like a lot to waste and they wanted to do something special with it.

Now, their baked goods are sold Tuesday to Saturday.