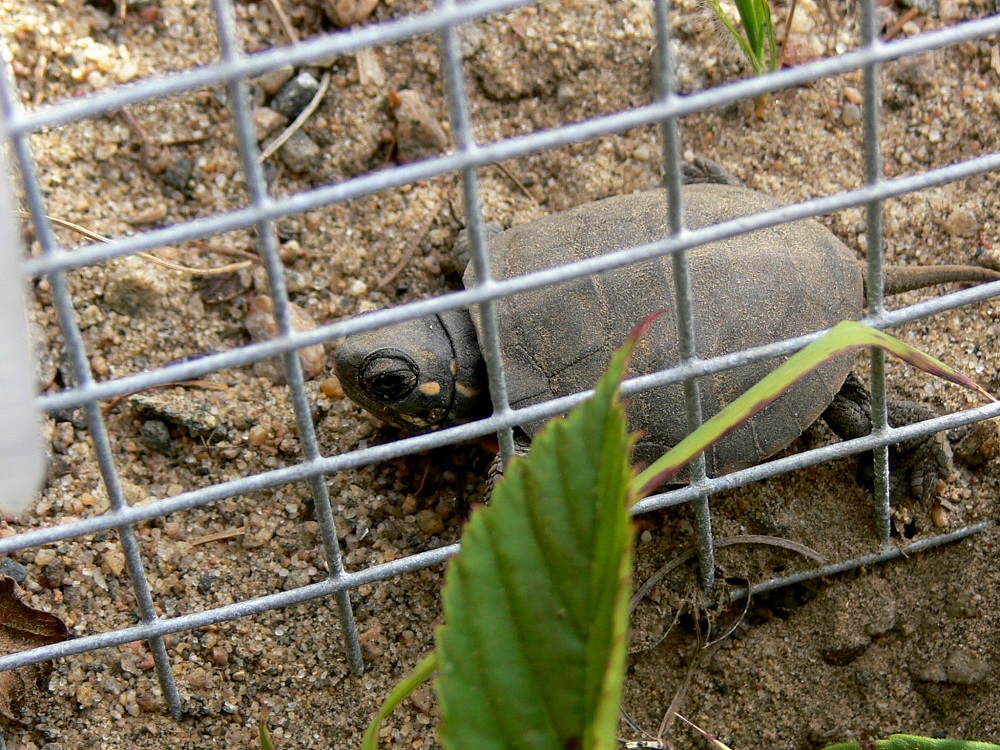 Some at-risk turtles in Ontario won’t have to look both ways before crossing the road to avoid getting hit in traffic.

To protect the reptiles from highway mishaps and other threats, the Ontario Parks partnership team created the Turtle Protection Project last fall. The project includes installing passageways for turtles to safely cross the road.

Yes, one of the major threats to adult turtles is getting hit by cars. Other threats include habitat loss and deadly predators.

Ontario Parks is an Ontario government agency that protects and maintains a network of parks and protected areas.

The at risk turtle species are the Blanding’s turtle, eastern musk turtle, painted turtle, northern map turtle, snapping turtle, spiny softshell, spotted turtle and the eastern box turtle. That last one is extirpated, meaning the turtle is no longer present in the Ontario wild but lives elsewhere in the world.

The other seven species are classified as threatened, special concern or endangered. Species listed as endangered are at high risk of becoming extirpated.

Estimating the number of Ontario’s turtle species is difficult, said Gary Wheeler, a spokesman for the Ontario Ministry of the Environment, Conservation and Parks. 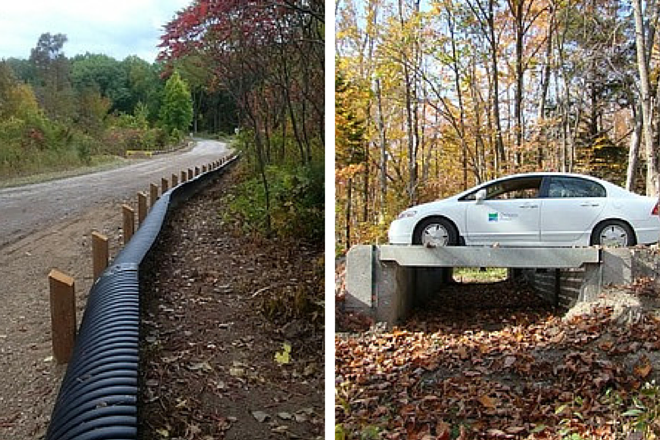 “Many turtle species are difficult to survey, making it challenging to accurately assess local population abundance, even with a thorough search effort,” Wheeler said.

“We’re able to combine the efforts of federal and provincial species-at-risk agencies, so they’re able to come together and help out even more,” Birrell said.

One project uses artificial nesting mounds in Algonquin Provincial Park in southeastern Ontario. Made of sand and gravel, the mounds mimic the natural sandy nesting sites chosen by turtles.

“That helped us reduce predation and hatchling mortality.”

Other projects work toward installing nest coverings and wildlife crossings, or “ecopassages” that are tunnels and fencing that go around and under roads to provide opportunities for turtles and other wildlife to cross without colliding with vehicles.

As of March 2021, the project has raised almost $10,000 from corporate partners, Ontario Park visitors and the public.

“We are also always working on larger projects to kind of help forward the movement,” Birrell said. “We are very proud of all of the great work that’s been done with this project so far.”