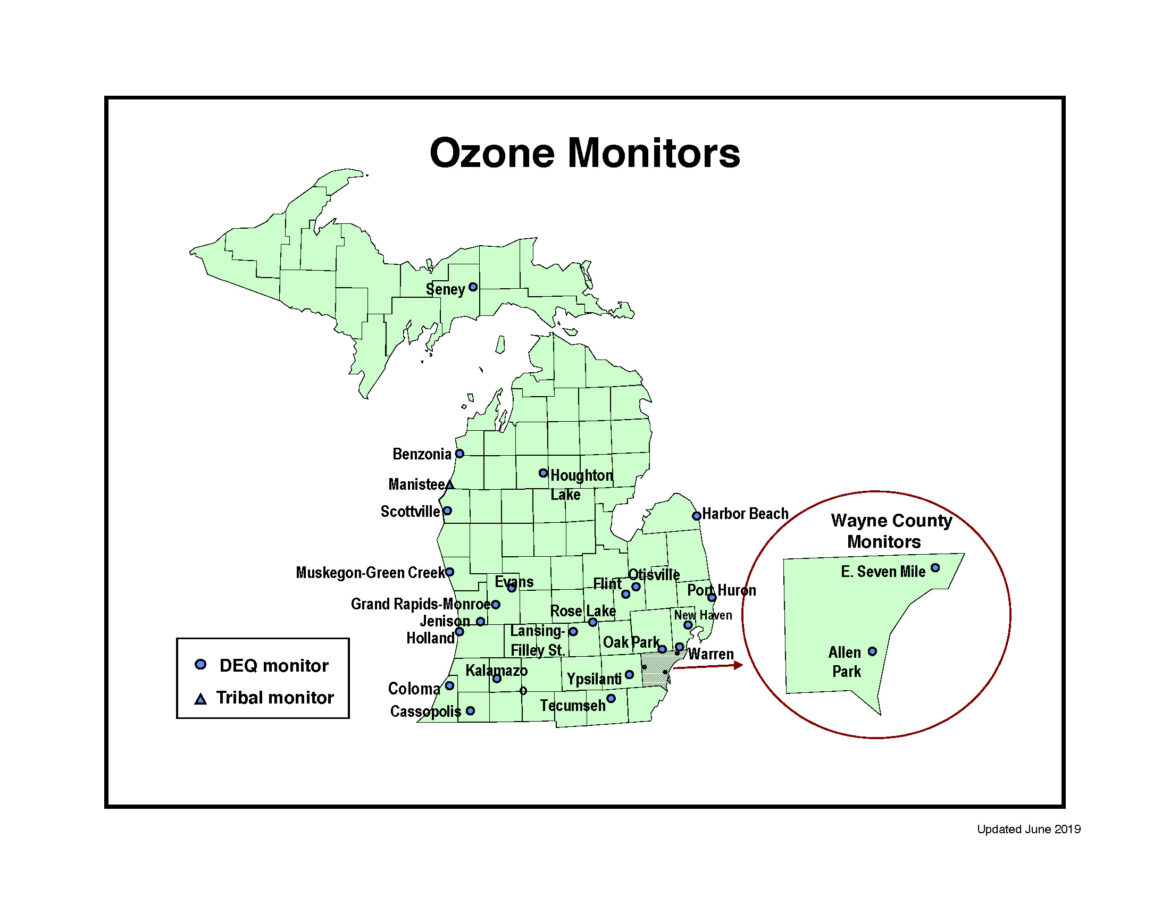 Ozone in the upper atmosphere is important. It helps block the sun’s rays. But ground level ozone can cause or worsen health problems for people with asthma, heart conditions or other respiratory issues, said Stephanie Hengesbach a meteorologist in the air quality division of the Michigan Department of Environment, Great Lakes and Energy.

It develops from a chemical reaction between pollutants and sunlight.

Parts of Michigan are in marginal non-attainment, the first level of not meeting air quality standards set by the Environmental Protection Agency. Those areas have the potential to go up to moderate non-attainment, a level that could trigger new regulations.

To assess ozone levels, researchers average the fourth highest emission day of each of three years.

The 2020 numbers are being evaluated, but based on what they’ve seen so far, regulators are “fairly certain” the monitors are showing a yearly average not far above the levels that would trigger additional regulation, Hengsbach said

“To be honest it’s not much over the standard,” Hengesbach said. “Some by even less than 1 part-per-billion, so I don’t want anyone to think that it’s well over the standard that we have in place.” 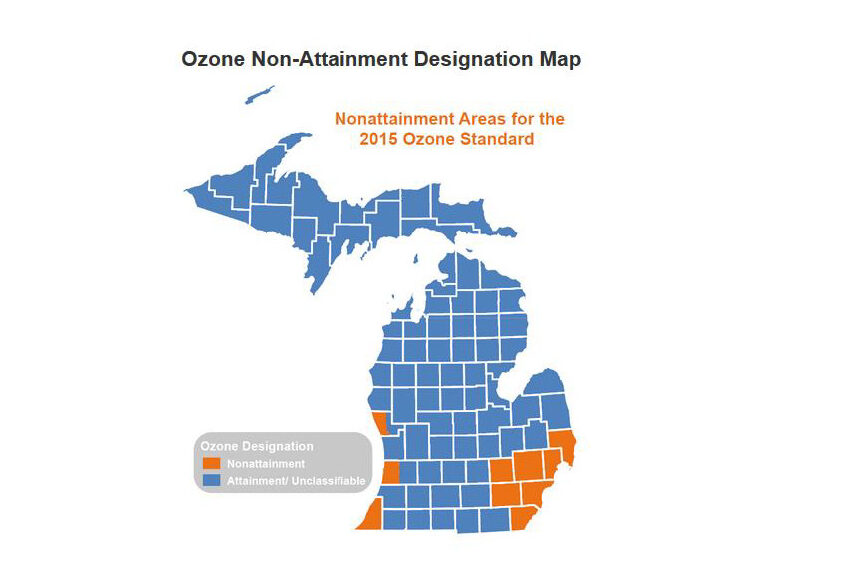 The Michigan counties that could bump up to moderate health threat from ozone are in orange. Image: Michigan Department of Environment, Great Lakes and Energy

There is still a chance to bring this average down by proving ozone levels increased on specific days are due to an exceptional event such as the California wildfires. An exceptional event is an unpreventable natural incident. If it causes emission increases, the Environmental Protection Agency can determine if those days can be excluded from the ozone calculations.

But wildfire smoke may not be the cause of Michigan’s increases, so extensive research and planning must be done. It’s too early in the process to have come to any conclusions, Hengesbach said.

Making this case to the Environmental Protection Agency is not easy.

The department should complete the exceptional event analysis by the spring. Then state regulators will decide whether to bring it to the federal Environmental Protection Agency, said Bob Irvine the supervisor of the Department of Environment, Great Lakes and Energy’s state implementation plan development unit.

The federal agency will then decide if the exceptional event dates can be excluded, Irvine said.

If they can’t, the Environmental Protection Agency will designate areas to be bumped up to moderate non-attainment in the summer of 2022, Irvine said.

The state will then draft a plan and implement practices to reduce emissions.

That could mean a vehicle inspection maintenance program in the affected areas to measure air pollutants released in exhaust. A vehicle cannot be registered until it passes the inspection.

It could also mean reducing volatile organic compounds by 15%, Irvine said. Those are gases emitted from things like fuels, industrial practices, and household chemicals that react with the sun’s rays to create ozone. These changes would likely be made by implementing regulations on the industrial level.

Tina Reynolds, the Michigan Environmental Council environmental health program director, questions the use of the wildfires as an exceptional event.

“If we are successful, what does that really mean,” she said. “It means that we are continuing to put folk’s health at risk.”

If the wildfires are determined to be an exceptional event new regulations are likely unneeded.  But Reynolds said the return of the fires each year mean they are no longer exceptional. They may be an event states need to anticipate and plan for to protect public health, she said.

“I, for one, think that the California wildfires are becoming less and less exceptional every year,” she said.

The council would likely oppose the use of an exceptional event to avoid regulations, she said.

People should speak up during public comment periods because they will be living with the effects of the pollution, she said.

“Well, why do we have air quality standards in the first place?” Reynolds said. “To protect public health, right? So that we can live and work and play.”

To learn more about ozone non-attainment in Michigan and the timeline of this assessment go to the Michigan Department of Environment, Great Lakes and Energy website.