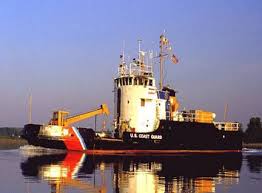 U.S. Coast Guard cutter Buckthorn is the oldest cutter on the Great Lakes.

The U.S. Coast Guard wants to retire its oldest cutter on the Great Lakes, the 57-year-old cutter Buckthorn.

But don’t hold your breath waiting for the replacement of the Sault Ste. Marie-based inland buoy tender because it will take several years.

A new report from the nonpartisan Congressional Research Service says the Coast Guard is waiting for Congress to approve its proposal to replace up to 35 aging cutters, which average 56 years old.

The reason? “Their annual maintenance costs are rising rapidly, they break down frequently and can remain out of operation for periods of 30 to 45 days while being repaired, and they have poor living conditions for their crew members,” the report said.

“The Coast Guard argues that replacing the aging cutters will be more cost-effective than continuing to operate and maintain them,” it said.

The first replacement may not be ready until 2025, and it could take until 2030 for all the new cutters to enter service, according to the report.

With a normal crew of 16, its area of responsibility runs from Whitefish Point on Lake Superior through the St. Marys River connecting Lake Huron to Lake Superior to Cedarville, according to the 9th Coast Guard District. Its principal mission is aiding navigation along 90 miles of critical waterways.

“We’re the smallest cutter on the Great Lakes with the smallest crew and 180 buoys and the largest area of responsibility,” Ritter said. “No other cutter can do what the Buckthorn does.”

Operating a “legacy vessel” has its challenges, he said. The Buckthorn was in drydock in Escanaba for three months earlier this year for planned maintenance work.

When a replacement does come, Ritter said the new vessel should be faster, have a greater range and provide better living quarters for its crew, including making it possible to house male and female crew members.

LTJG Sondra-Kay Kneen, a media relations officer in Washington, said in an email that the Coast Guard is awaiting a congressional OK for the agency’s fiscal year 2021 budget. The U.S. Senate and House Appropriations committees have recommended approval of the proposal.

The $25 million budget request “supports the design and construction award for the Waterways Commerce Cutter fleet,” and the new cutters will have “increased range, speed and capability,” Kneen said.

The Coast Guard doesn’t yet have a scheduling priority for the replacements, Kneen said.