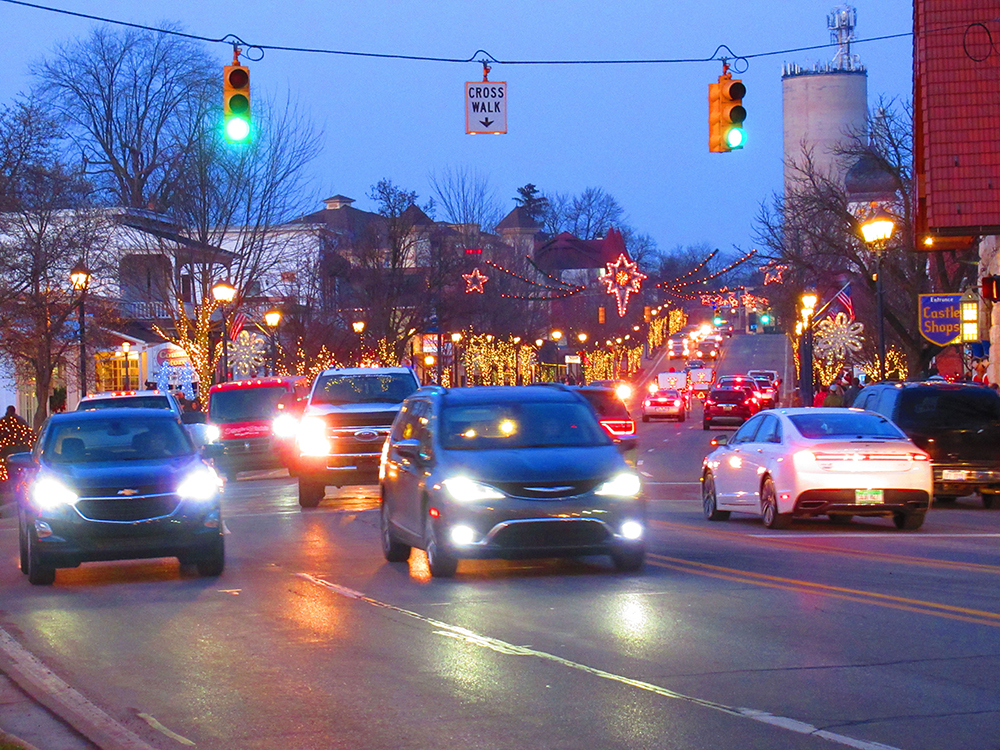 Perhaps Michigan’s white-tailed deer population is one of the few winners of the pandemic.

Here’s a look at some of the consequences of the pandemic on Michigan’s highways.

Michigan’s stay-at-home order from March to June and reduced travel afterward meant fewer people on the roads.  In the lockdown’s early days, vehicle miles traveled dropped as much as 60% across the state, according to Jeff Cranson, director of communications at the Michigan Department of Transportation. Vehicle miles traveled is measured by counters embedded in the pavement across the state.

“Unless you were deemed an essential employee, you weren’t really allowed to travel or go anywhere. So, traffic on our roads really took a dive,” said 1st Lt. Michael Shaw, a public information officer for the Michigan State Police.

It did not take long for Michiganders to get back on the roads after COVID restrictions were set.

The traffic started to “inch up pretty quickly,” said Cranson. “Afterwards, people either grew complacent or for economic reasons, just couldn’t afford to stay home anymore, even when the shutdown advisories were in place.”

Still, vehicle miles traveled is down about 19% now from the same time last year.

Fewer cars on the road meant fewer crashes. They dropped more than 23% through mid-October, Cranson said. But at the same time driving-related deaths increased.

“We have more people dying this year at this point than we did last year, even though traffic has been down considerably all summer long,” he said.

As of Nov. 10, 837 fatal vehicle crashes happened this year in Michigan, according to unofficial Michigan State Police reports. During the same period last year 800 fatalities had occurred, Shaw said.

These crashes seem to be more severe because drivers are speeding and not wearing seat belts, he said. The more open roads could encourage speeding. State troopers have seen drivers travelling at 143 miles per hour in a zone limited at 70 miles per hour.

Enforcement of minor traffic violations slowed in some areas to protect deputies from the coronavirus, which may have encouraged drivers to ignore traffic laws, Shaw said.

And Cranson speculated that people may be driving recklessly to rebel against police and coronavirus-related restrictions.

Crashes and fatalities during the same period more than doubled in Minnesota and half of fatalities were related to speeding or careless driving, she said.

“In many places, law enforcement was being pulled to deal with COVID issues. So, traffic enforcement wasn’t necessarily getting as much attention as it would have because of the pandemic and some people knew it,” Shadel Fischer said.

The lower traffic had a mixed impact on collisions with critters. From Feb. 1 through Sept. 30, Michigan crashes with deer dropped from 27,923 in 2019 to 23,270 reported in 2020, according to police reports. Turkeys also fared better with a drop in crashes involving them from 380 to 265. And moose crashes dropped from nine to three.

Numbers could shift dramatically during the fall hunting season.  “This is the season that we see whitetail,” Shaw said. The most deer crashes in Michigan is in the Metro-Detroit area.

That means less funding for the Michigan Transportation Fund for rebuilding and repairing all of Michigan’s roads, Cranson said.

State highways and county roads each receive 39% of the funds. The remaining 22% goes to city and village roads.

The impact on repairs will vary, but all departments will need to make adjustments which will likely involve delays in road construction spread out over the next five or six years, Cranson said.

“Some people, depending on how bad their road is, might not have been looking forward to having it torn up for an entire construction season,” Cranson said. “So, it depends on how you look at it. A lot of those are two-lane highways around the state. All of them are important to someone’s commute, important to someone’s business in terms of getting goods to the market. I don’t know yet what those specific delays, or what the impacts will be for those.”

Despite the loss in revenue, a program targeting rebuilding of the most-used roads and bridges begun in January called Rebuilding Michigan will continue, Cranson said.

It is a bond program in which $3.5 billion in bond sales over the next couple of years will contribute to the rebuilding of 49 heavily trafficked roads. Those rebuilds will continue as planned because they do not rely on traditional funding from the Michigan Transportation Fund.

Lower traffic volumes helped expedite some road construction projects, making up for some of the time lost in the spring because of the pandemic, Cranson said.

“Traffic control is always a big part of project management as engineers balance the need for continued movement with setting up a safe work zone,” he said.