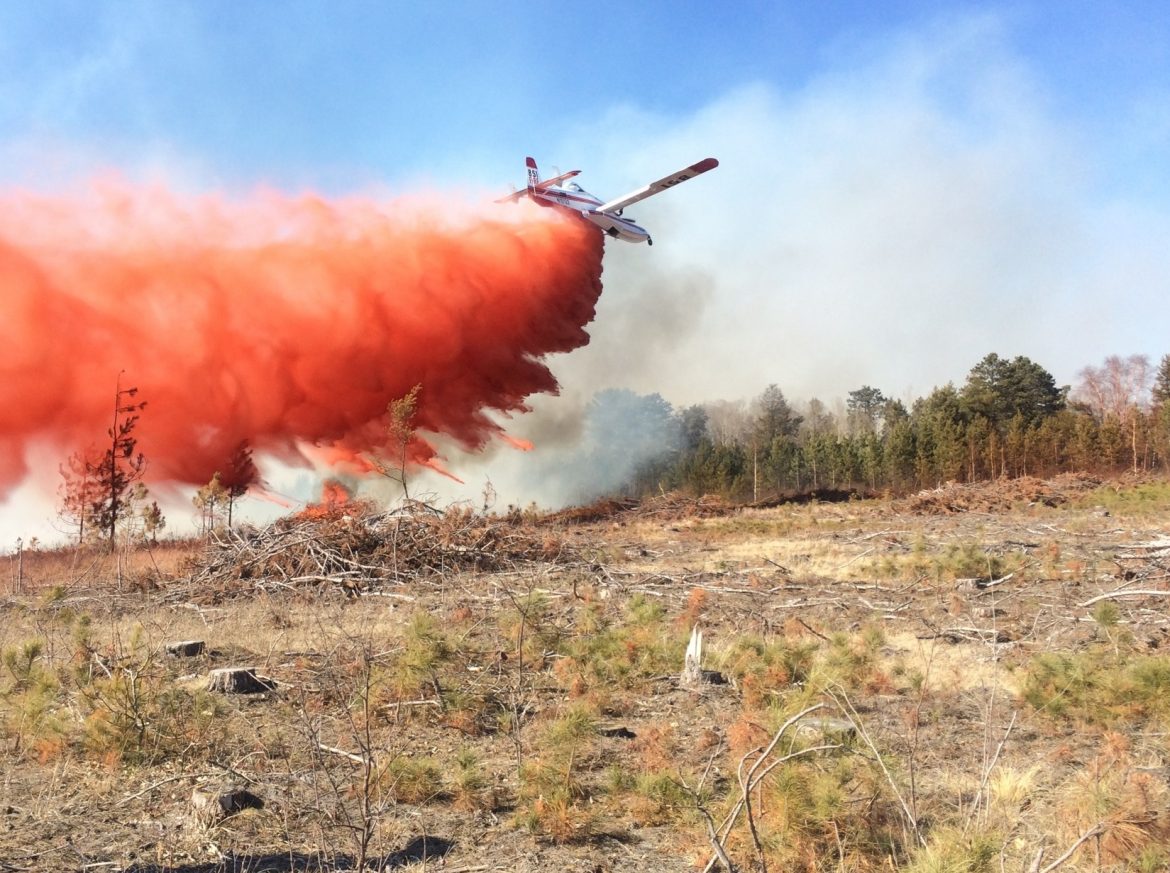 It may be tempting to capture spectacular aerial photos of wildfires, but using drones is not only reckless, it’s illegal and could have deadly consequences, according to firefighting experts in several states.

Both commercial and recreational use of drones have increased over the past several years, according to the Federal Aviation Administration. More than a million recreational drones are registered with the FAA. Recreational drones can capture high-resolution images and video and cost less than $100.

Their popularity poses a problem for firefighters, said Matt Woodwick, an assistant aviation supervisor with the Minnesota Department of Natural Resources. Over the past four wildfire seasons, recreational users have interfered with fighting wildfires by flying in areas restricted to firefighting planes and helicopters.

“If we look at the numbers, it may seem small,” Woodwick said. “We generally see one or two occurrences every year in Minnesota … but if we look at it in consequences terms — the consequences can be fatal.”

A collision with a drone could cause a helicopter or plane to crash, he said. Its mere presence could allow fires to burn uncontrollably.

“We just shut our complete operation down with our aircraft,” Woodwick said. “At a minimum it can destroy more of our natural resources or someone could lose their personal property, and the far end of that would be a fatality as well.”

In early May, firefighters spotted a drone flying over a wildfire near Hibbing, in Northeast Minnesota. Officers located the operator, who willingly landed the drone and was let go with a warning, Woodwick said.

Wildfires are most common in spring, but lack of rain in the summer increases fire risk. Officials said Minnesota, Wisconsin, and Michigan are drier than normal this year.

Kevin Jacobs, a Michigan DNR aviation manager said his agency recently had an incident that involved a volunteer fire department using a drone to observe a fire. The DNR plane had to be grounded while the drone operator was located and asked to leave. That incident also ended without conflict, but he said it’s an example of why recreational drone operators need to be aware of the rules.

While Wisconsin hasn’t had any problems with drones, the state’s DNR created a policy this spring to ensure safety if drones were spotted flying over fires, said Catherine Koele, a wildfire prevention specialist for that agency.

“I think that the key message for the public is it is important to keep drones out of an airspace where fire suppression activations are going on because it allows us to continue operations and keep the public safe,” Koele said.

Operators can be fined more than $20,000 if their drone causes operations to shut down or causes injury. The Federal Aviation Administration lists incidents with drones on its website. There is no formal procedure for reporting drone interference, so officials say incidents are likely higher.

“We are just trying to protect everyone and our natural resources,” Woodwick said. “And if there are drones out there, we are going to land. Folks just need to remember, if they fly, we can’t.”

There are also restrictions to keep drones away from wildlife. These include rules on avoiding near-contact with animals, staying clear of nesting areas and paying attention to signs in areas that restrict drone use like sanctuaries and other protected areas.