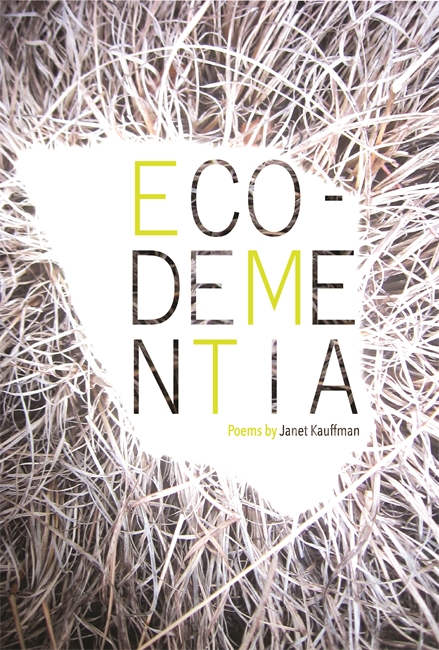 Janet Kauffman, a poet, teacher and environmental activist, writes in the shadow of a wooden raptor statue.

“It sits in the corner kind of over my shoulder,” said Kauffman, who lives in Hudson, Michigan. “It sort of captures the tone that I need. I tend to be fairly quiet and reasonable in daily life, and that’s not really what lies below or above. It’s my raptor on the inside.”

The result? Poems containing vivid images and their author’s energy.

This is the tone captured in her latest poetry collection, “Eco-Dementia.” It explores the relationship humans have with the environment, based on her work as an environmental advocate and her experiences with her father’s dementia. This is her seventh book.

The poems of “Eco-Dementia” are a collage of images that inspire visceral reactions. From “Keratella Offshore:”

raft the whole conglomeration into shore.”

The book is one part of a mixed-media project, also called “Eco-Dementia.” You can find the rest of the Eco-Dementia project online.

The project came together over 10 years. Kauffman had been involved with issues of water quality in Lake Erie, particularly the effects of runoff from liquid manure on farm fields. After years of sitting in on committees, hearings and other meetings, Kauffman said she was frustrated by the lack of real change.

Around the same time, Kauffman’s father was diagnosed with Alzheimer’s. This forced Kauffman to look at language differently.

“A lot of the poems show the kind of language that my father used,” she said. “When you don’t recognize your own children, when you don’t know where you are and you want to go home – that really had an effect on me.”

It also inspired the word that became the book’s title: eco-dementia. According to Kauffman, it’s the paradox that even though humans love this planet, we still damage it in sometimes drastic ways. 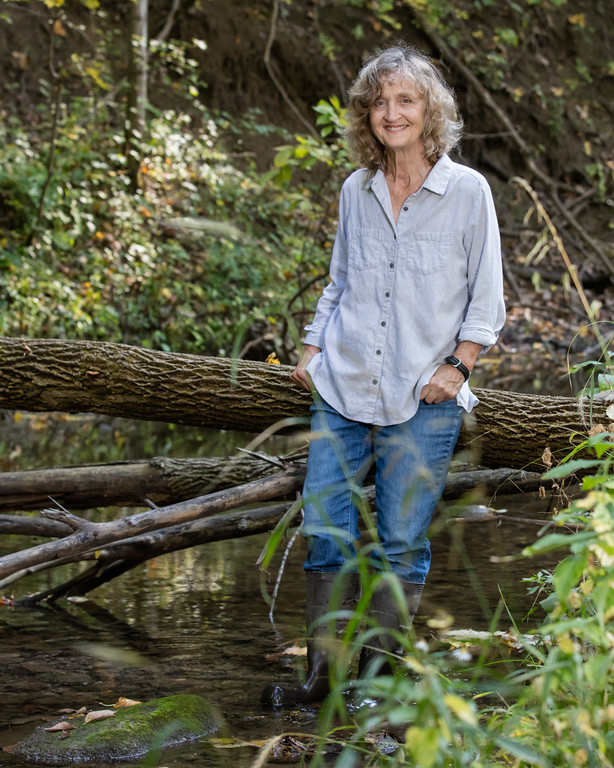 The book is broken into three sections based on that theme. The first has poems that are more physically oriented, describing the joy found in the natural world. The second is a long prose poem about environmental undercurrents in everyday life set aside for its uniqueness, Kauffman said. The third deals with the sense of loss brought on by dementia.

“I wanted the language to stay as close to feeling like physical material as possible,” Kauffman said. “I love those places where you walk into a stack of grasses or something that’s almost impenetrable. That feeling of being held by vegetation so it’s your equal — I really like that kind of immersion. I hope there’s a little of that feel in the poems.”

Even though the poems are about nature, make no mistake: they’re not about the flowers and plants themselves. From “Every Shot-Through:”

“Don’t say that they’re not

those sticks at your feet,

a lie, a limit, the crimped

These poems are more about experiences and connections than concrete things. Readers might not come away with a clear idea of what the poems were about — and that’s okay.

In the end, Kauffman says it’s the overall message that matters most.

“Eco-Dementia” is available from Wayne State University Press for $16.99. You can find out more about Kauffman at her website.