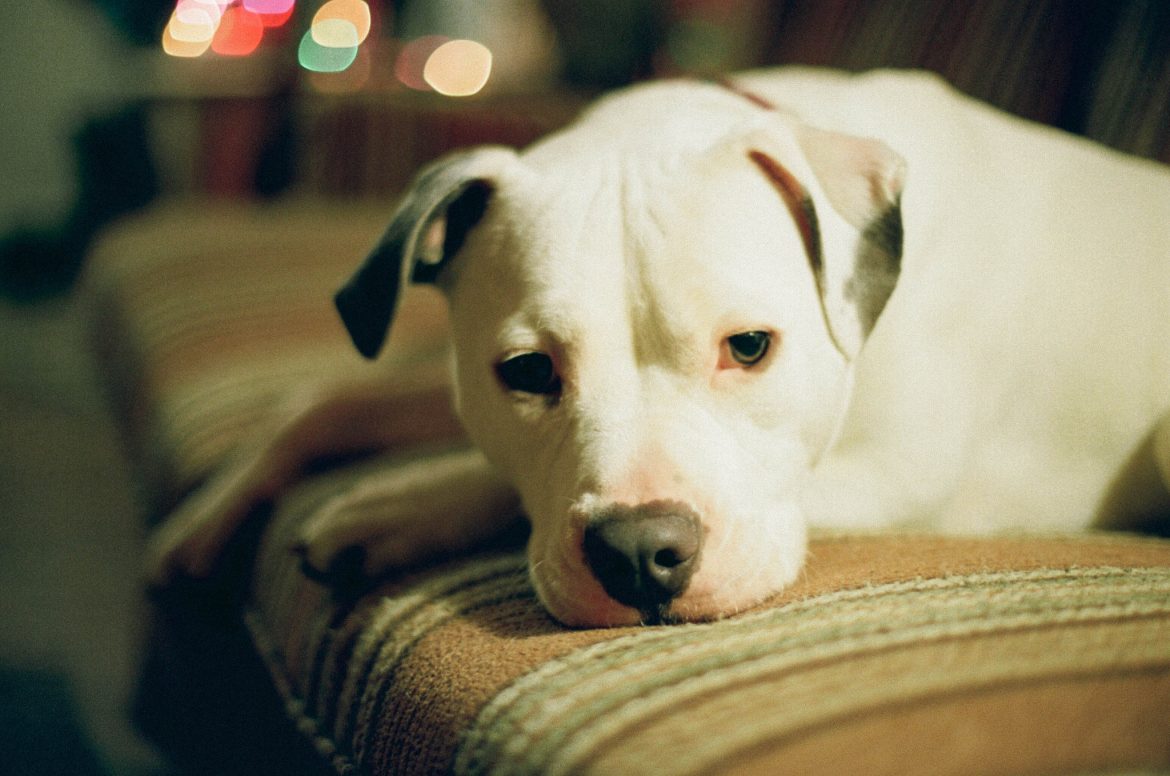 Pit bulls are among the breeds considered to have dangerously aggressive tendencies. Image: Marie Orttenburger.

State lawmakers are considering a bill to eliminate dog breed discrimination by Michigan cities and towns.

It would prohibit local governments from putting special regulations on particular breeds. Cities that ban dogs such as pit bulls or Rottweilers would have to find breed-neutral ways to regulate them, such as stricter leash laws for dogs above a certain weight or height.

There are 29 cities that have restrictions on particular dog breeds according to the Best Friends Animal Society, which supports the bill sponsored by Sen. David Robertson, R-Grand Blanc Township. Each focuses on pit bulls. Fifteen cities ban them outright. Seven restrict them, requiring extra steps such as registration and microchipping. Five declare pit bulls “dangerous.” Saginaw classifies pit bulls along with German shepherds, bull mastiffs, Alaskan malamutes and Rottweilers as dangerous breeds that require registration and stricter handling than other dogs. Ypsilanti Charter Township requires sterilization of pit bulls.

Kelley LaBonty, founder of the Detroit Animal Welfare Group, said the biggest problem with breed-specific laws is that the animals are hard to identify. DNA testing is the only way to be sure of a dog’s breed, she said, but often a dog is misidentified by sight.

“We adopt many types of dogs that could be seen as pit bulls,” LaBonty said. “We don’t see a difference in any behavioral issues with those dogs.”

Some opponents think DNA testing is overkill. Waterford resident Vaughn Wagner recently testified before a House committee that identification by sight has been working just fine.

“If it looks like a pit bull, it’s a pit bull,” said Wagner, who said he witnessed an attack shortly before Waterford passed its pit bull ban in 1988. Preventive measures are better than harsher punishments after an attack, such as higher fines and possible jail time, he said. Breed-specific bans prevent those attacks in the first place.

However, many people place responsibility on the owner, not the dog. One attack victim agrees that breed-specific legislation is not the answer.

Lansing resident, Rolland Mollitor was attacked by a Rottweiler when he was seven. The bite took a chunk out of his leg and left him terrified of dogs, he said. His next encounter was with a pit bull two years later.

“I remember when I moved to DeWitt, a pit bull ran up to me,” Mollitor said. “My first instinct was to run from it, but it turned out to be the neighbor’s dog.”

Mollitor and his parents met the pit bull when the owner visited. The dog was well-trained and Mollitor was impressed.

“Just being around another type of dog that’s usually considered aggressive, that’s what really helped me get over my fear of dogs,” he said. “It doesn’t matter what breed it is. If it has a good owner, it’s a good dog.”