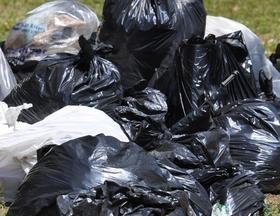 LANSING, Mich. –Environmental and recycling groups fear the passage of a state bill that would restrict how local governments in Michigan manage plastic waste and litter.

The bill, sponsored by Sen. Jim Stamas, R-Midland, would prohibit local governments from banning or placing a fee or tax on plastic bags. Washtenaw County passed an ordinance in June that would put a 10-cent fee on plastic bags used at grocery stores. Other counties, such as Muskegon County, have discussed similar programs.

The bill would make those ordinances irrelevant and create a uniform law to allow businesses to operate smoothly, Stamas said.

The bill passed the Senate in May and had a hearing in the House Committee on Commerce and Trade. Stamas said he hopes to see the bill on the House floor later this month  and signed into law before the end of the year, but the bill has not been voted on in committee yet.

Rep. Joseph Graves, R-Argentine Township, chair of the committee, said he thinks the bill will pass committee and said he is hopeful it will go to the House floor this session.

“If the bill passes, it puts all this back on the state and says to the local units of governments that, you know, this is not an issue you’re going to deal with at a local level,” said Linda Gobler, president of the Michigan Grocers Association. “Then if there’s a discussion at the state level, we’ll take it from there.”

The grocer’s association supports the bill as it would stop businesses from having to deal with a patchwork of different regulations that could sprout up, Gobler said.

But recycling advocates argue that if the goal is statewide uniformity, it should be consistent in tackling the problem that plastic bags pose to recycling and the environment.

Plastic bags are recyclable, but most recycling facilities in Michigan don’t have the special equipment to process them adequately, said Kerrin O’Brien, executive director of the Michigan Recycling Coalition. They often get caught in machinery, causing stoppages at facilities and forcing employees to risk injury retrieving them.

Local governments need to explore options to handle plastic bag waste and this bill won’t allow that, she said.

Stores such as Meijer provide bins for costumers to recycle bags, O’Brien said. Those used bags can then be sent to facilities that can adequately handle the material without the damage they pose to other facilities.

The costs associated with plastic bags in recycling facilities amounted to more than $200,000 in Washtenaw County, according to a county study.

Washtenaw is the only county that has imposed a 10-cent fee on plastic bags at grocery stores. It goes into effect on Earth Day of 2017 unless Stamas’ bill is signed into law.

“Our goal is for people to bring their own bags to stores so that eventually nobody will use the single use bags,” said Yousef Rabhi, a Washtenaw County commissioner.

Rabhi said the bill is disingenuous and if it passes will take away the authority of local governments to protect residents and manage waste.

“We’re enabled by the Legislature to do what is necessary to do the solid waste planning that happens in our county and part of that is to reduce waste in our community,” he said. “For the state to blanket this legislation is pretty dramatic.”

But Stamas said the decision should be left up to businesses and not local governments. ALDI is one Michigan grocery that charges customers to use plastic bags, according to the company’s website.

“The challenge is that if you have a small business owner with multiple locations, it costs money to coordinate with every location to stay on top of these regulations,” Stamas said.

In Michigan, the goal of imposing fees and taxes on plastic bags is similar, said Sean Hammond, deputy policy director of the Michigan Environmental Council.

In 2015, Alliance for the Great Lakes removed 4,000 plastic bags from Michigan beaches he said. Bags often end up in sewage and storm drains, causing more costs for local governments.

“Plastic bag fees equal decreased use of plastic bags,” he said. “Obviously, this is something that Michigan needs to work on.”

But the grocers association’s Gobler said a raft of local ordinances will cause logistical issues for retailers with multiple locations and hinder their ability to operate smoothly.

Rabhi and other ban advocates counter that the local regulations are a step toward better handling of the burden plastic bags pose to recycling facilities, landfills and the environment.

“The fact is, these bags increase costs for local governments and degrade the quality of recycled products,” Rabhi said. “They also cause costs to our landfills, which have to control the plastic bags that are disposed of.”

Rabhi said when plastic bags don’t make it through the recycling process, they are disposed of in landfills where wind can blow them away and cause litter.

Washtenaw County spends around $10,000 a year to control plastic bag waste at its landfill, Rabhi said.