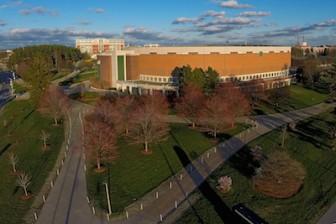 LANSING – Seems like every day we’re hearing something new about drones, whether it’s military use of drones overseas, Amazon floating the idea of creating a drone delivery system, journalists using drones to report stories – or even just a neighbor down the street who bought a drone for fun.

In Washington D.C., a drone recently crashed onto the lawn of the White House. In Michigan, lawmakers were concerned enough about drones to pass a law preventing people from using drones to hunt or to bother hunters.

“The future of drones is absolutely astonishing, as to what they’re going to be able to accomplish for us,” said Ryan Latourette, a recreational drone user from Grand Ledge.

Drones are increasingly becoming part of everyday life, but they’re still not well understood. Here’s a quick primer on the technology and how it’s used.

What exactly is a drone?

In practical terms, a drone is an unmanned aircraft, commonly referred to as an unmanned aerial vehicle (UAV). By this definition, a $50 remote control toy helicopter could be considered a drone, as would some military aircraft that can cost tens of millions of dollars.

Right now, the Federal Aviation Administration (FAA) makes very little distinction as to what type of UAVs are legal in the United States. The only policy dealing directly with the aircraft itself, is that the maximum weight is set at 55 pounds.

One emerging trend in consumer drones is first-person-view capabilities, which allow the drone’s pilot to connect to a camera attached to the drone and view the flight in real time. 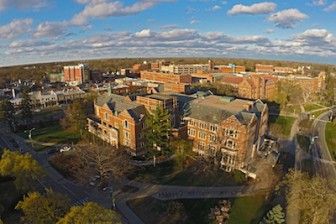 What are drones used for?

Until recently, drone use in Michigan could be grouped into two categories, commercial and recreational. The Michigan State Police recently purchased its own drones, adding law enforcement to the mix.

Recreational use is defined by the FAA as “operation of an unmanned aircraft for personal use and enjoyment,” such as taking aerial photos and videos for fun.

Commercial use is defined by the FAA as any use in connection with a business, which includes “selling photos or videos, providing contract services, such as industrial equipment or factory inspection, and providing professional services, such as security or telecommunications.”

Even though the company is just starting out, people are clamoring for its services.

“We didn’t expect to have this much demand,” Barber said. “It’s pretty limitless right now.” 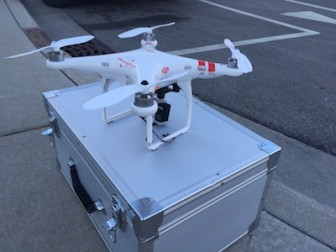 The State Police recently made headlines by becoming the first law enforcement agency in Michigan to receive FAA approval for drone use. The department purchased an Aeryon SkyRanger for $160,000 using federal Department of Homeland Security funds.

The drone was first used by law enforcement to fly over a fire in Jenison, Michigan. Drones can be used to gather photographs and videos that can help investigators in real time.

Why am I hearing so much about drones?

New technology has quickly made drones more accessible and affordable in recent years. One of the most notable features that separates some modern drones from toy helicopters is a “return to home” feature. This means that if the drone goes out of range of the user, it will autonomously navigate back to its takeoff location.

Drones with extensive capabilities cost thousands of dollars in years past, but recent prices have come down to less than $500, increasing recreational use.

Another reason you’ve been hearing so much about drones is because as drone sales have increased, so have drone accidents. The Washington Post compiled a list of 25 “near mid-air collisions” between drones and airplanes in just six months last year.

How are drones regulated?

Drones are regulated on the federal level by the FAA. As it stands now, the most important distinction in drone use regulations is between recreational and commercial use.

Some states, including Michigan, have passed legislation dealing with drone usage in specific situations, such as hunting.

“We don’t want to have these drones be part of an advantage by a hunter to take game with,” said Sen. Phil Pavlov, R-St. Clair. “We also don’t want drones used for hunter harassment.”

This legislation was triggered by a People for the Ethical Treatment of Animals (PETA) program called “Air Angels.” This program involves the use of drones to monitor potential illegal hunting activities.

In commercial use of drones, the FAA has recently stepped up its regulations. Aerius Flight recently completed the application process to use drones commercially.

“It was pretty daunting and time consuming,” Barber said. “We had to develop a flight operations manual and a pilot operations handbook for each of our drones. It took us just under six months.”

Both Barber and Latourette agree that it is important for the FAA to set some sort of guidelines for drone usage.

“They’re so reactive,” Barber said of the FAA. “It’s not until something happens that they’re making rules. If they can stay out ahead of it, that would be better.”

2 thoughts on “Drones are everywhere – here’s why”