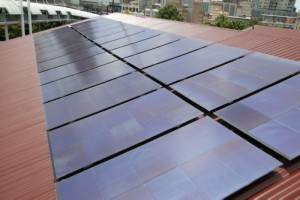 Michigan is one of the fastest-growing states for green jobs, like installing solar panels. Photo: Powerhouse Museum

After losing 3 percent of its “green” jobs a year earlier, Michigan became one of the fastest-growing states for environmental employment last year.

According to Environmental Entrepreneurs, a national organization of business leaders, Michigan was among the top 10 states for environmental job growth in 2012, adding 19 projects and about 3,700 jobs. That brings the total to more than 86,000.

The report was a sign of good things to come not just in Michigan, but nationwide, said Hugh McDiarmid Jr., communications director of the Michigan Environment Council, a coalition of conservationist groups. The Environmental Entrepreneurs report estimated an increase of 110,000 green jobs throughout the U.S.

“Michigan has the manufacturing infrastructure, skilled workers and quality of life that will enable us to attract our share of this growing field,” McDiarmid said. “We need to pursue policies that encourage growth in renewable energy, efficiency, pollution abatement and wise resource management — businesses that are the backbone of this sector.”

The hiring announcements in 2012 ranged from modest, such as 10 positions outfitting solar panels on a casino in Emmett Township, to substantial, including 300 jobs in Van Buren Township manufacturing batteries for electric cars.

In addition, Energetx Composites LLC announced it needed as many as 100 workers to manufacture wind turbines in Holland, and Consumers Energy advertised more than 150 jobs for constructing and operating a wind farm in Mason County.

The largest segments of the about 110,000 new green jobs nationally were public transportation with 7,625 and power generation with 3,615, according to Energy Entrepreneurs. 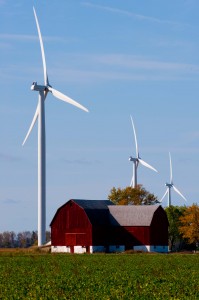 private sector, according to the U.S. Bureau of Labor Statistics.

As new companies compete for a foothold in these new industries, some will succeed and others will inevitably fail, Sarver said.

“It’s such a competitive market and it’s a developing market, so you have quite a few companies that want to get into it,” he said. “Some are going to do better than others – that’s just the way the market works.”

With more than 20,000 jobs, manufacturing is the largest green sector of Michigan’s economy, followed by construction with more than 12,000, and administrative and waste services with almost 10,000.

“If you look long term, there’s a lot of reason to be optimistic about green jobs in Michigan,” Sarver said.