When Dan Kraus looks at a Great Lakes map, he pays close attention to see if the islands that pepper the region are included. Often, he said, the landmasses are left out. 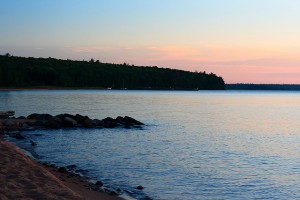 Great Lakes islands, like Apostle Island in Lake Superior pictured above, make up the largest chain of freshwater islands in the world. Photo: Sarah Cady (Flickr)

“Islands seem like a forgotten element of the Great Lakes,” Kraus said.

Kraus, manager of conservation science and planning at the Nature Conservancy of Canada, worked on a report called Islands of Life, which measured the biodiversity of Great Lakes islands and the things that threaten it.

“There are a lot of unique features about islands,” said Megan Seymour, wildlife biologist with the U.S. Fish & Wildlife Service in Columbus, Ohio. “We found that the Great Lakes islands are the largest collection of freshwater islands in the world.”

Great Lakes islands aren’t just special because of their number. Seymour said many are home to threatened or endangered species, are habitats for colonial nesting waterbirds and have rare alvar ecosystems, or areas of exposed limestone dominated by specialized grasses, lichens and mosses.

Because islands are separated from the mainland, they allow scientists to study unique plant and animal relationships.

“Even though our islands aren’t very old, we already see things like the Lake Erie water snake and other species that are diverging from mainland populations,” Kraus said. “Islands are great natural laboratories.”

There are threats to those laboratories. Because islands are isolated and tend to have smaller habitat sizes things that threaten habitats, like development and invasive species, can cause more problems than they do on the mainland. 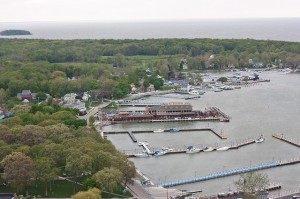 Development is a threat to Great Lakes islands. Photo: The Doctr (Flickr)

“If all of a given habitat is eliminated due to development, for example, then all of the species dependent on that habitat type will either disperse to another island or mainland that supports that habitat type, use another presumably less suitable habitat or die,” Seymour said in an e-mail.

Many Great Lakes islands are popular for vacationers, making development a common problem.

“On some of the western Lake Erie islands, like South Bass Island, Kelleys Island and Pelee Island, residential and commercial development associated with vacation homes and tourism is an important threat,” Seymour said.

“It’s been a good mix of partnerships working together for a common purpose,” Seymour said.

Islands of Life helped spark a conservation effort on Beaver Island in Lake Michigan, where local groups are working with the state of Michigan to create the Beaver Island Natural Resources Plan.

Pam Grassmick, board member of the Beaver Island Association and secretary for the island’s natural resource steering committee, has lived on Beaver Island all her life. Her father, 97 years old, still lives on the island, and has worked as a farmer, ferry boat captain and lumberjack during his life on the island.

“He’ll tell you that you would do anything you could to make a living and didn’t regard the environment at all,” Grassmick said. “I think now we’re seeing a change with these reports being published.”

Grassmick said the plan will educate residents of and visitors to Beaver Island about its biodiversity and help protect and manage the island’s natural resources. 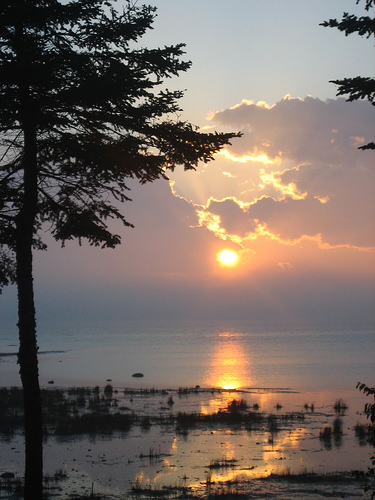 One of the most significant resources for the island is its 141 miles of Lake Michigan shoreline, Grassmick said.

Protecting shoreline is important for all islands, Kraus said. Island shorelines are isolated and tend not to be impacted by invasive species and pollution as much as mainland shorelines.

“Shoreline is important to fisheries, and the management of those coastal wetlands are important to everyone,” Grassmick said.

“When something bad goes on out here, the community rallies and helps each other out,” Grassmick said. “That’s probably the reason the state got involved with our island.”