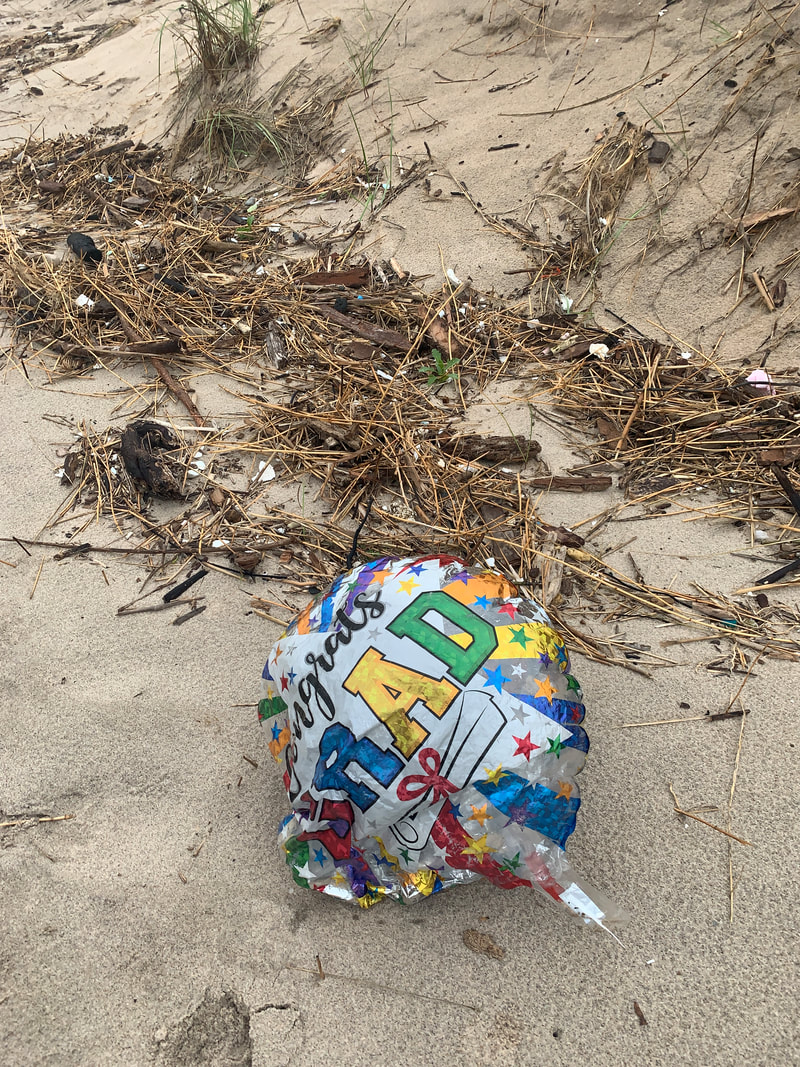 While balloons only make up a small portion of plastic pollution, they are among the deadliest for wildlife. Image: Balloon Debris Survey

Nisha Singhi didn’t expect she would have her hand in state legislation, but in early October the Bloomfield Hills high schooler’s efforts led to a proposed ban on balloon litter.

After reading about balloon debris in a Pure Michigan magazine, the 14-year-old decided to contact Lara O’Brien, a now-graduated master’s student of the environment and sustainability program at the University of Michigan. O’Brien launched a website for the public to document the location of balloon debris.

The biggest problem with balloons is that they can travel hundreds to thousands of miles, and there is no real pattern to where they land, O’Brien said.

“I had data submitted from Isle Royale, Sleeping Bear Dunes National Park, from the Detroit International Wildlife Refuge, every possible environment these balloons end up in,” O’Brien said.

There’s a lot of good intention and emotion tied to balloon releases at events like graduations and weddings, but it’s amazing that people don’t consider the consequences behind them, O’Brien said. They’re basically mass littering events that damage the environment and endanger wildlife, she said.

After connecting with O’Brien, the young student began giving presentations at her school.

“I had seen people using balloons at school events and things, so I thought spreading awareness around disposing of them properly was important,” Nisha said.

Lara O’Brien, a now-graduated master’s student in the environment and sustainability at the University of Michigan, launched a website allowing the public to document balloon debris they find. 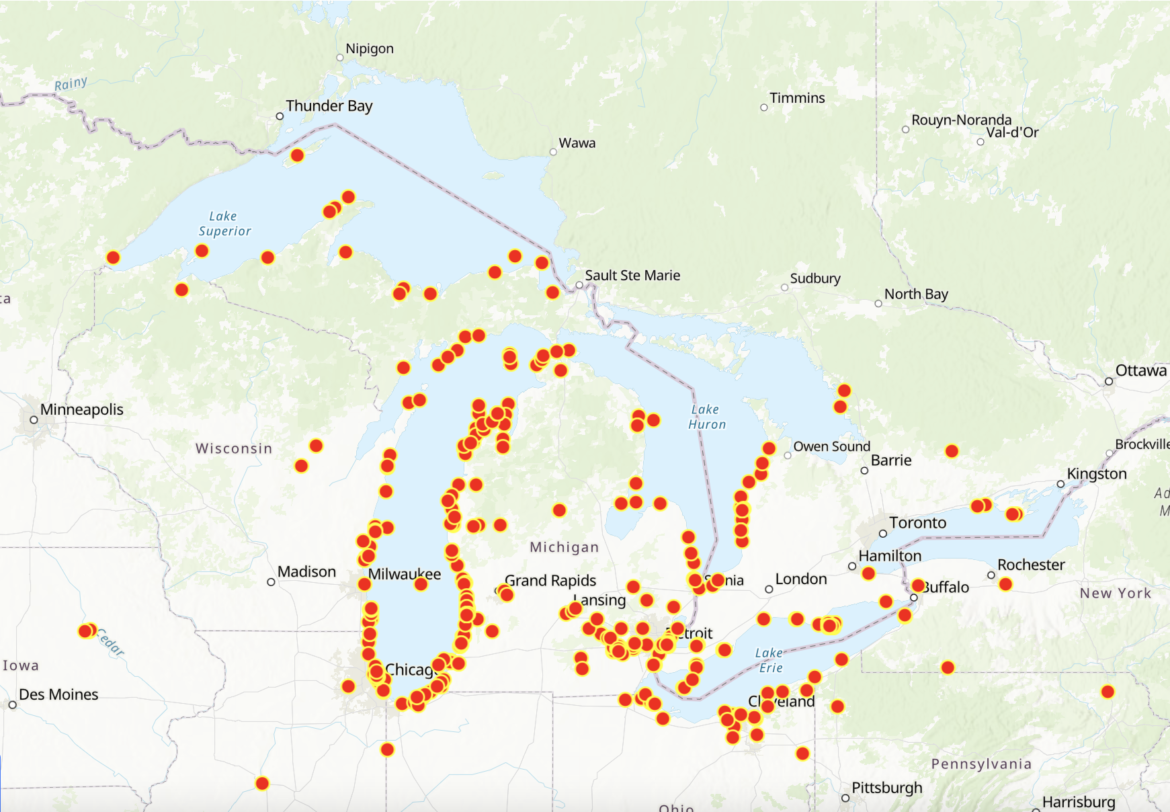 Lara O’Brien, a now-graduated master’s student in the environment and sustainability at the University of Michigan, launched a website allowing the public to document balloon debris they find. Image: Balloon Debris Survey

The sophomore contacted her local legislators to see if she could give a presentation. In July and August, she met with Rep. Mari Manoogian, D-Birmingham, and Sen. Mallory McMorrow, D-Royal Oak, to discuss efforts to limit balloon debris.

In October, she shadowed Manoogian. At the same time, McMorrow surprised her with a copy of the bill before the lawmakers introduced it.

“It’s really crazy to see that it’s gotten this far, but also I’m really excited to keep working on it and see how far this can go,” Nisha said.

The legislation would amend the Natural Resource and Protection Act, authorizing a $250 fine for people who knowingly release balloons that are filled with a gas lighter than air.

The proposed change includes exceptions for weather balloons and hot air balloons that are recovered after launching or that carry passengers.

Trash and other types of marine debris are a significant concern in the Great Lakes region and internationally, and balloons are one piece of that puzzle, said Sarah Lowe, the Great Lakes Region coordinator for the National Oceanic and Atmospheric Administration Marine Debris Program.

Balloons can block the intestines of animals that eat them, making them feel full and causing them to starve, Lowe said. Wildlife can also get entangled in balloons and balloon strings, making it hard to swim or breathe.

Balloons and other debris also contribute to dirty beaches, which can drive tourists away, Lowe said.

While there have been campaigns from balloon companies and manufacturers to market balloons as biodegradable and safe for the environment, most are not, especially mylar balloons, O’Brien said.

The Alliance for the Great Lakes has organized beach cleanups along the Great Lakes shoreline for 30 years, tallying the trash found. About 85% of what volunteers pick up is entirely or partially made of plastic, said Jennifer Caddick, the vice president of communications and engagement at the Alliance, based in Chicago.

Balloons made up only about 1% of the items Alliance volunteers find, more than 7,000 items in recent years, Caddick said.

They make up only a small percentage of the larger plastics pollution problem, but they are one of the deadliest for wildlife. O’Brien said.

Helium is also a finite resource that is rapidly depleting, O’Brien said.

McMorrow said, “When you think about an issue that large, it can be daunting to figure out how to tackle it, when the reality is, if we chip away at many many small pieces, we can make a real impact.”

“This is obviously not something that’s going to solve the entire problem, but it’s a very simple way to cut down one source of that pollution,” McMorrow said.

McMorrow said he hopes the bill will receive bipartisan support in the Senate, but said it could be more difficult than in the House, where there has already been testimony from interested parties.

The Committee on Natural Resources and Outdoor Recreation has heard testimony, including statements of support from Michigan United Conservation Clubs and the Michigan Environmental Council.

The Senate bill was referred to the Environmental Quality Committee and is pending review.

The best way to handle balloon litter is to prevent releases in the first place, O’Brien said.