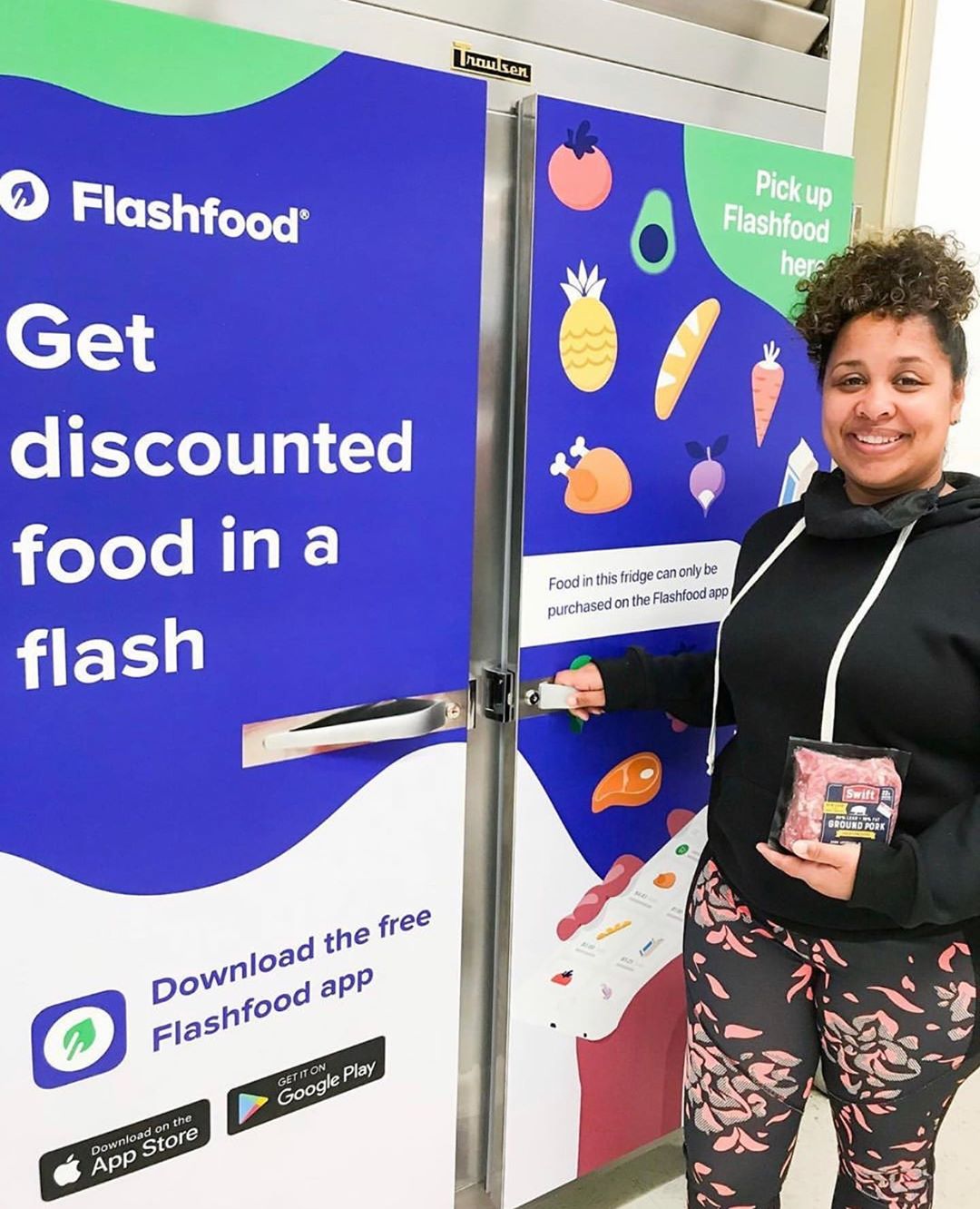 Flashfood app provides cheap food and keeps it out of landfills. Image: Flashfood

Despite setbacks from the pandemic, a food waste reduction company has diverted over 50 million pounds of food from landfills.

Flashfood is a mobile marketplace that connects surplus food in grocery stores with local shoppers to help sell food that will get disposed of in landfill if it isn’t sold within a day or two. Users open the app to order and buy groceries at a discounted rate then pick them up from participating stores.

The company that launched in Canada had successful rollouts this year in over a thousand stores. They are implemented in Meijer stores in Michigan, Illinois, Indiana, Wisconsin and Kentucky; Giant Food Stores in Pennsylvania; Stop and Shop supermarkets in Massachusetts; Tops Friendly Markets in New York and Giant Eagle supermarkets in Ohio and Pennsylvania.

“We’re making a lot of traction in the Midwest and Northeast,” said Eric Tribe, the company’s chief marketplace officer. “And we keep going.”

The idea stemmed from the sister of Flash Foods founder Josh Domingues. She is a caterer. After running an under attended event, she watched as they threw out thousands of dollars of food, Tribe said. Upset, she went to her brother, prompting him to research food waste.

In the United States 81.4 billion pounds of food waste worth about $161 billion were generated in 2018, according to the U.S. Environmental Protection Agency. The Food and Agriculture Organization reports that people waste a third of all food produced for human consumption globally.

“The story became, how can we have an impact as a small tech company,” Tribe said. “It’s a tough problem to solve.”

Although grocery stores do their best to order the correct amount and allocate their stores properly, buyer habit projects a stigma towards products that are less than ideal. So, buyers reach for the better-looking product behind it, Tribe said.

Guaranteed food safety from the grocery store to the food banks is costly. The transportation process involves cold storage and proper handling. So they had to think a little differently, Tribe said.

The company started by testing a private program with four Loblaw grocery stores In Canada.

In 2019, it grew from four stores to 450. After the successful rollout, Flashfood started to carry out the program in the United States.

A blogger from Illinois, Cara Hanako, uses Flashfood about once a week, depending on what’s available. She loves how easy it is to use the app along with the quality of the products.

“I think that everyone should take advantage of discounted food that would be thrown out,” Hanako said.

Discount shopper Kathleen Schmitt uses Flashfood constantly and likes the convenience of the app that gets discount pricing out early and offers promotions to participate, said Schmitt, who lives in New York.

“It helps reduce waste,” she said. ”A lot of people have issues with dates, but sell-by doesn’t mean instantly bad.”

Flashfood has been implemented in over a thousand stores, impacting food waste and food insecurity, Tribe said. “Our mission is to reduce food waste and feed people more affordably.”

Flashfood’s discounted rates have provided families affordable access to fresh food, even through the challenges that the pandemic has brought on them, he said.

With grocers responding to the health and safety needs of shoppers because of the pandemic, Flashfood had to change the way it operated overnight. Instead of Flashfood representatives flying out to possible grocery stores that will implement their program, they turned to virtual meetings and calls. Although it was a stressful time for both Flashfood and grocery stores, the sudden need to adapt to different circumstances strengthened its relationship with the stores, Tribe said.

Flashfood hopes to expand its impact by increasing its network of stores.

“It’s such a big problem,” Tribe said. “We’re just a little company trying to do our part.”

Shoppers can download the free app from the Apple App Store or Google Play Store. Just open the app to find nearby Flashfood-supported grocery stores and to see deals for surplus food available that day. Next, checkout and pay in the app then pick your groceries up in stores.