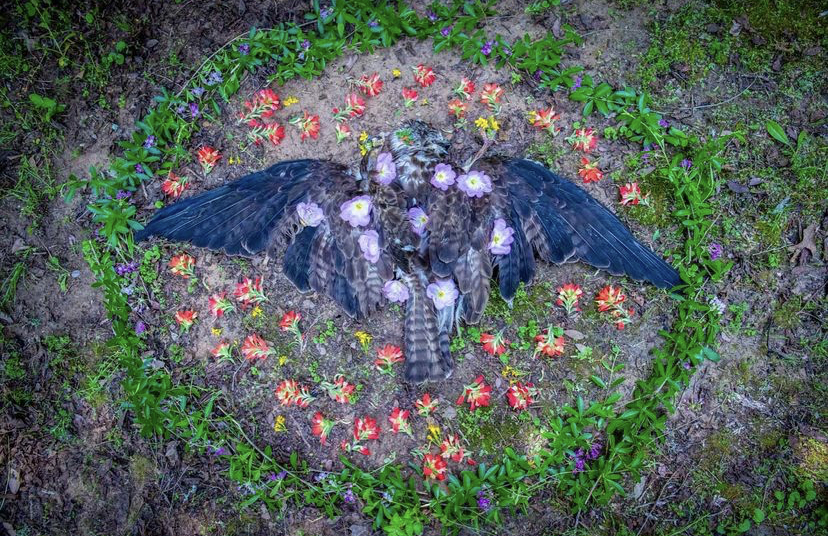 I remember vividly the night that I got out of my car to see blood and fur sprawled onto the headlights.

After years of mindlessly passing roadkill, I produced it when I struck a deer on a Michigan road, causing it to fly nearly 100 yards from my car. I felt heartache and guilt when I walked up to it and saw the lifeless eyes of the deer laying on the grass.

I had taken the life of an animal.

Since then, I’ve noticed a concerning amount of roadkill while driving to work each morning. It makes me wonder if this abundance of roadkill detaches us from our compassion for the death of animals.

And can these vehicle-deer crashes be avoided?

The Michigan State Police reports that there are about 48,000 vehicle-deer crashes each year in our state. There are likely many more unreported cases. Homeowners surveyed in New York indicate that police are notified of only about half of these accidents.

The numbers rise every year. Nationwide, about 1 million car/deer accidents each year cause more than 10,000 injuries and 200 deaths, according to the National Highway Traffic Safety Administration. 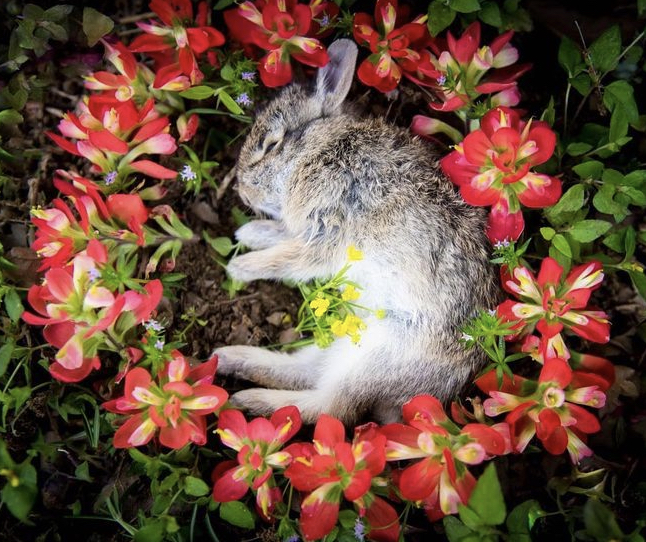 Michigan is number eight in a national ranking by the State Farm insurance company of where drivers are most likely to collide with an animal.  Inflating those numbers are a deer herd that has grown four times larger since 1970, Michigan State Police said.

A survey by the United States Department of Agriculture Animal and Plant Health Inspection Service and the Department of Forest, Range and Wildlife Sciences found that the most often used strategy to reduce accidents with wildlife involves fixing driver behavior.

The survey said that increasing driver awareness is pushed to educate drivers on how to drive cautiously around deer populated areas. Public awareness comes through news stories. And the Michigan State Police report vehicle deer crashes and how to avoid one online and in brochures. 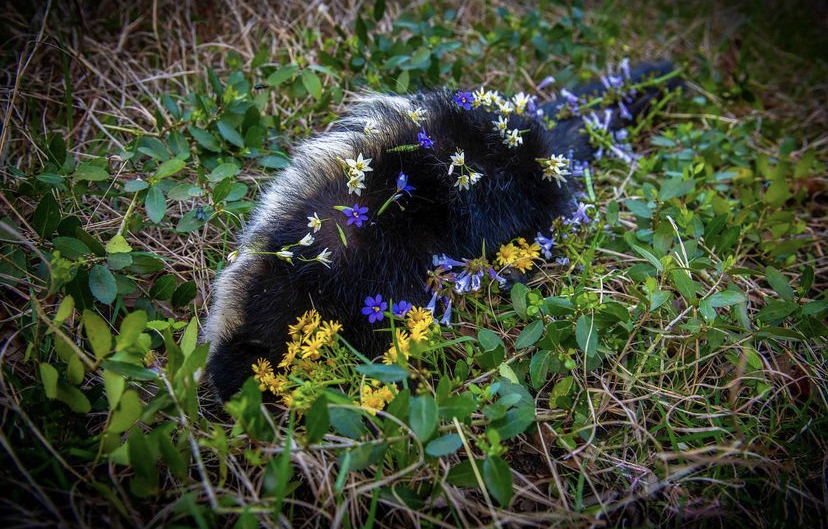 The Washington State Department of Transportation tried to reduce deer-vehicle collisions with reflectors. They appear to work. During a three-year period, 52 deer were killed at night when the reflectors were covered. Six were killed when they were uncovered.

But what about the collisions we can’t avoid? How should we feel about those?

Our mourning for human death is different from how we process roadkill.

“Historically, road-killed animals have been outside the realm of acceptable human mourning,” said Linda Angela Monahan, a student at the College of William and Mary who wrote a dissertation on understanding roadkill. Our lack of empathy towards roadkill is because we view non-human animals as things rather than something with a soul, she said. The absence of personhood takes away from the empathy towards their deaths. 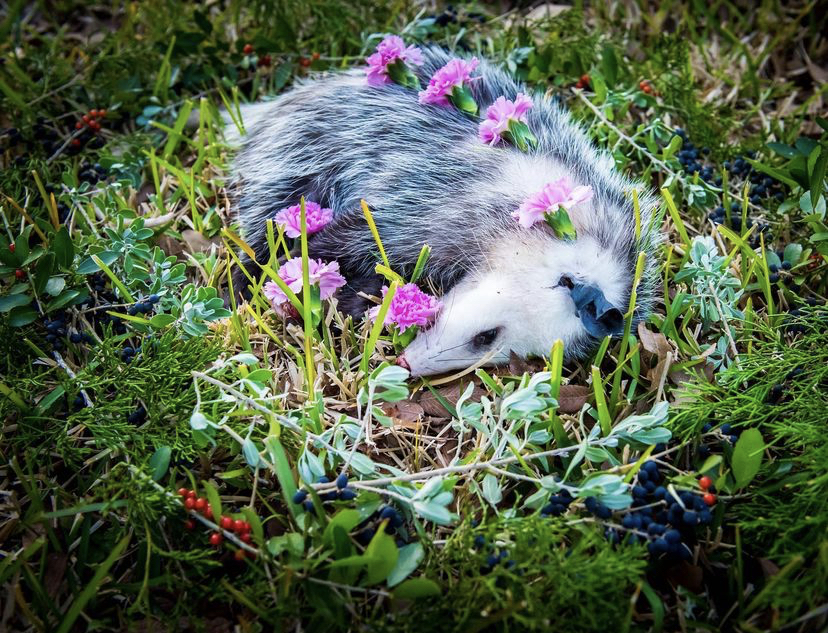 Roadkill used to be more humorous. Cartoons and people joked about it, detaching humans from the death of animals, Monahan said. However, in the early 21st century, roadkill began to be integrated into art in hopes of raising awareness of the deceased animals.

“For as long as I can remember, I have stopped to lift dead animals from roads,” said Amanda Stronza, a Texas A&M professor and environmental anthropologist. “I cannot bear to leave them.”

Instead, she creates memorials for the dead animals she finds on highways, trails and backyards.  She lifts them from roads and gives them a quiet place for their bodies to rest, adorning them with flowers, branches, seeds, weeds and grasses.

“My intention is to notice and give attention,” Stronza said. “To honor the animals as individuals and to acknowledge the lives they had, the lives they live.”

Stronza was inspired by author Barry Lopez, who in his book, Apologia, stopped for dead animals on his journey across North America and removed them from the road.

“I photograph the animals not to sensationalize but rather the opposite, to normalize,” she said. 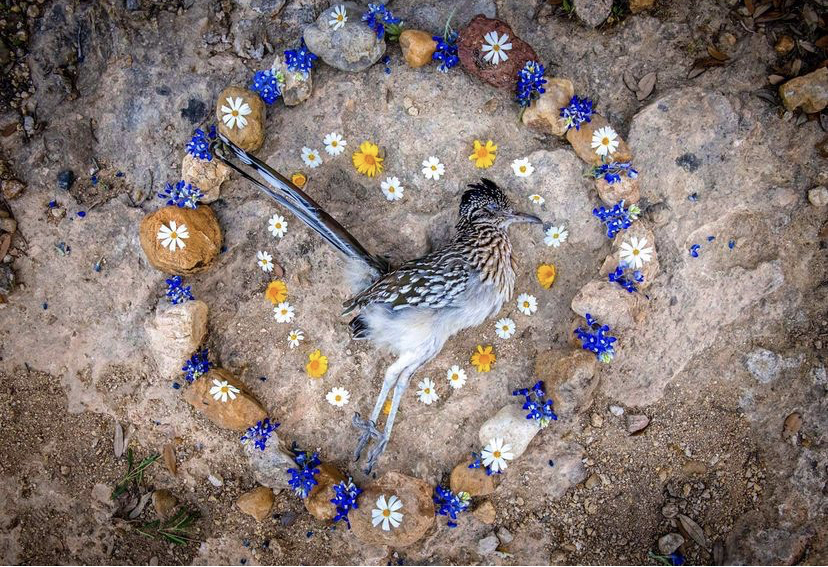 Our lack of empathy towards nonhuman deaths is rooted in many reasons, Stronza said. It could be our fear of death that causes us to look away or because we hold nonhuman beings as others. Maybe it’s the worry of losing ones we love that makes us sensitive to human death, yet unaffected to the deaths of others, she said.

That’s no longer the case for me.

I vividly remember the night I took away the life of that deer. I’m reminded of the look of its lifeless eyes whenever I pass an animal carcass on the side of the road. I now drive with awareness and caution for animals crossing the road while also mourning those who have lost their lives.

We share our world with these animals and our modern lifestyle takes away the lives of so many that it detaches us from our empathy for their deaths.

“Their deaths deserve to be honored and seen, as do our own,” Stronza said.