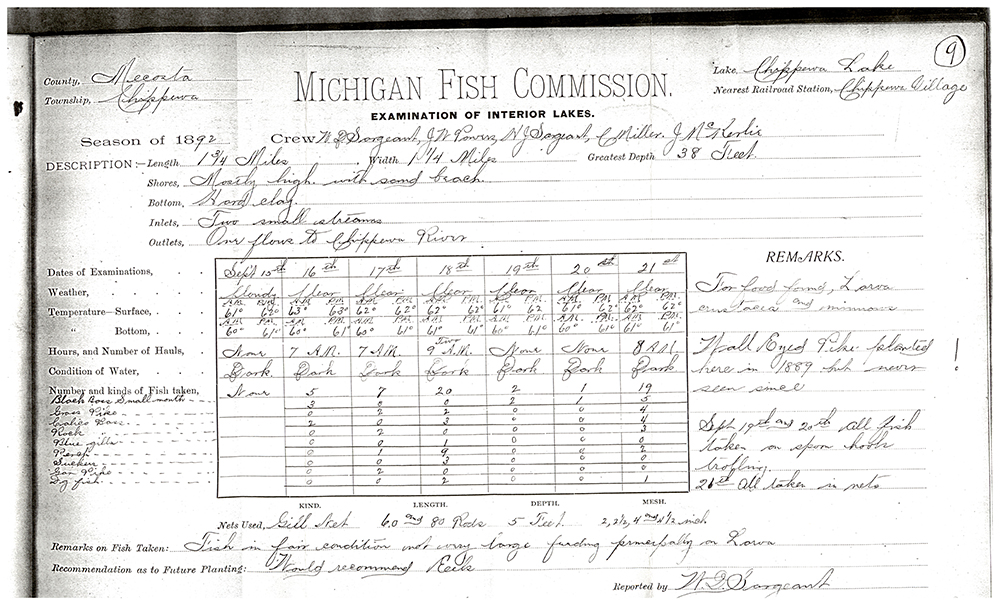 Michigan researchers are asking for volunteers to transcribe paper fish observation records that date back more than a century.

The effort is part of the Collections, Heterogeneous data, And Next Generation Ecological Studies, a project at the University of Michigan and is funded via a $90,000 grant from the Michigan Institute for Data Science.

Students started scanning the data on the cards last year before the process had to be stopped because of the pandemic. They worked at the Institute for Fisheries Research at the University of Michigan, where the lake surveys are archived.

The scanning became difficult due to COVID-19 shutdowns. Also, attempts to digitize the cards were hampered by computer software that couldn’t recognize the text very well, said Karen Alofs, an assistant professor in the University of Michigan School for Environment and Sustainability.

That’s when the research team looked to the Zooniverse platform for help. Zooniverse is an open-source site where anyone can build a project and people volunteer to assist professional researchers.

The platform allows for the cards with years of lake survey data to be digitized. Images of each card are uploaded by the research team and transcribed via Zooniverse volunteers inputting fields and values.

“When an image is transcribed or classified in some way — it’s going to be done multiple times by different people. That’s how they do sort of data quality check,” said Justin Schell, the director of the Shapiro Design Lab at the University of Michigan Library.

Each image of a single or double side of a card is considered a subject that must be classified four times before it is retired or done.

Multiple volunteers transcribing data helped the project get past the errors from other methods of transcribing, Alofs said. 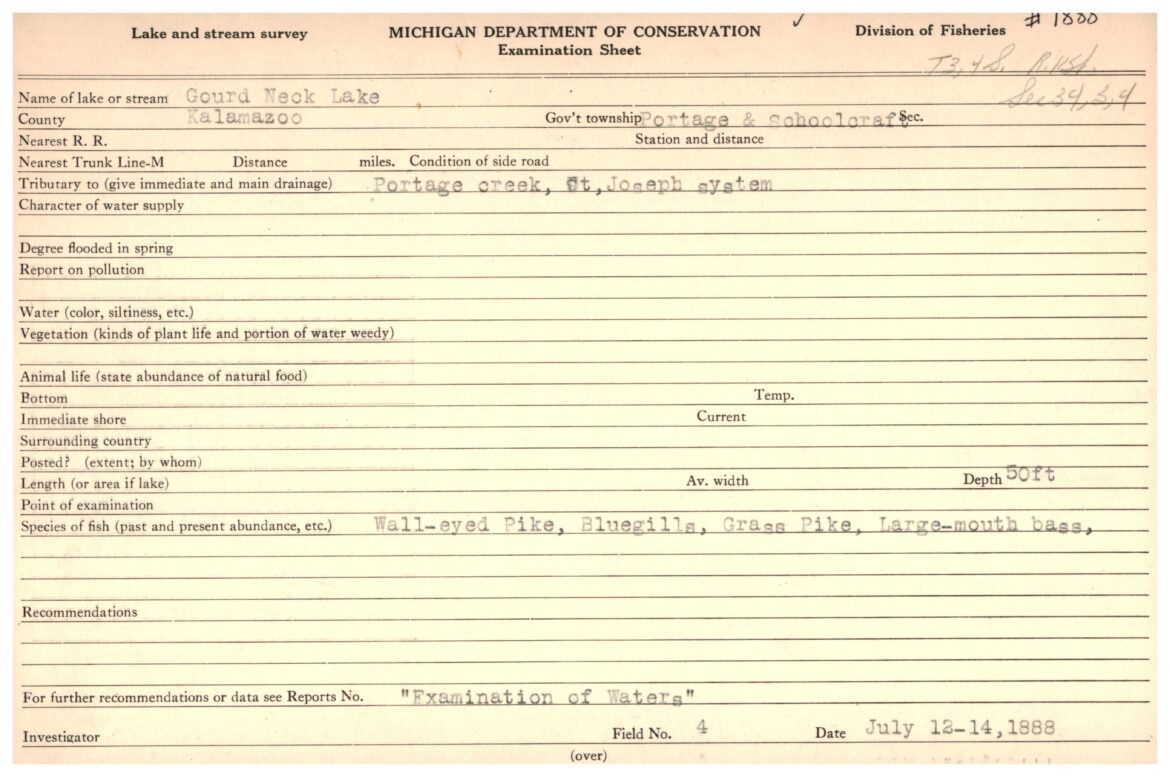 From a research perspective, the most important part of the platform is the connection, education and engagement with the people who transcribe the cards, Schell said.

The platform allows the researchers to engage with the volunteers and learn from them.

“The volunteers in some ways become the experts too,” Schell said. “After seeing these cards, so often, they’re teaching us things — about the cards — that we didn’t know about.”

The platform’s talk option allows researchers and volunteers to provide questions or feedback about the project or discuss individual subjects.

The volunteer participation gets people who are interested in the lakes and fish involved in recording the data and seeing how things change, Alofs said.

“A lot of people are really interested in what’s happening with fish — in lakes that they visit quite often, or they live near, or they’ve heard about,” Alofs said.

The most immediate thing researchers are looking at is the impact of human-caused climate change on water temperature, Alofs said. They will also examine different management approaches and other environmental factors that control where fish occur.

Many declines in freshwater species are due to multiple stressors and changes in the environment like water quality, temperature, invasive species and shoreline development, Alofs said.

Researchers plan to pair the data from the lake surveys to fish specimens and field notes from the collections at the University of Michigan Museum of Zoology.

The data will also create models that can project how species distributions will change or how the abundance of fish will change.

“What I often find in thinking about how lakes or fish are changing through time, is that we really rely upon the data that’s been collected in the past,” Alofs said. “And the people that collected this data couldn’t have imagined what we’re doing with it now.”

Because of the remaining number of subjects to be classified, Schell considers the project will take a while.

“We probably have another 10 to 15, maybe 20,000 images to put up,” Schell said. “I estimate that this project will take at least six months to complete, if not longer.”

More than 600 people have volunteered to help. But the more people who are involved, the better, Alofs said.

Volunteers can join and work from the comfort of their homes during these times of social distancing, Alofs said. “This is kind of a unique project. — people could sit at home and do this, and capture this data at the same time.”

To volunteer, visit the Angling for Data on Michigan Fishes project page on the Zooniverse website and select classify to get started.

There is no requirement to sign up with an account or email to do classification or transcribing.

“We’ve started with some workflows to capture the data that we’re most interested in starting with,” Alofs said. “But there’s certainly more that could be captured, the more volunteers that we have.”